Park YuChun...Japanese FanMeeting (I Miss You) 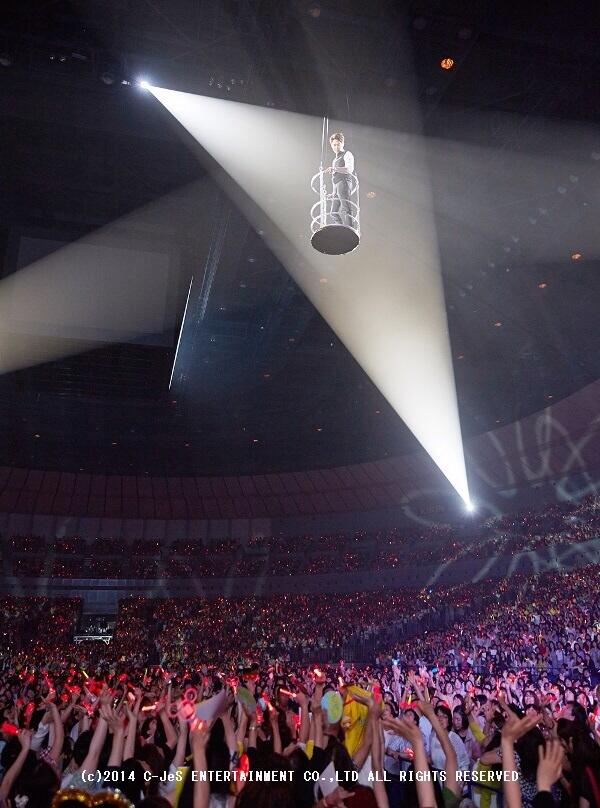 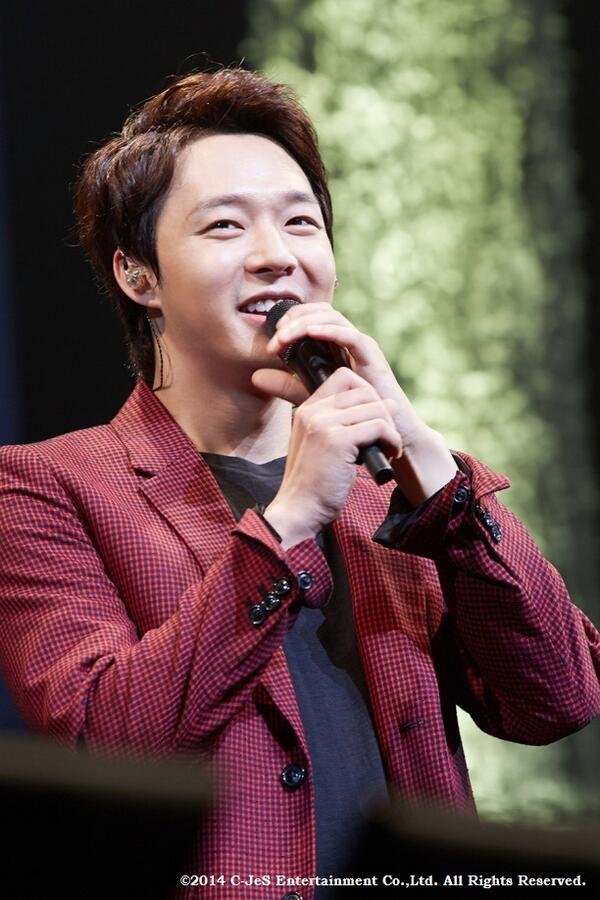 C-JeS Entertainment announced on July 10, “Park Yoo Chun successfully ended the fan meeting for drama I Miss You on July 9 in Yokohama Arena. The event, which had a five to one ticket competition, was carried out for three hours, receiving enthusiastic response from Park Yoo Chun’s Japanese fans.”

Park Yoo Chun appeared from behind the audience by riding in on a gondola, receiving passionate cheers from 15,000 fans. Stepping up to the stage by singing drama I Miss You’s theme song Magic Castle, Park Yoo Chun was welcomed by the fan who all held up yellow papers that read ‘Yoo Chun, we missed you!’

After thanking the fans for their passionate welcome, Park Yoo Chun shared stories behind filming I Miss You and during a corner called ‘Park Yoo Chun is this kind of person’ he shared more about himself with the fans.

Fans were also selected by raffles to act out five best scenes from I Miss You. After acting out the various scenes that ‘Han Jung Woo’ showed in the drama, such as ‘looking at each other under an umbrella,’ or ‘casting spell to erase memories you want to forget,’ Park Yoo Chun also presented signed DVD and CDs to the fans who didn’t get a chance to be on the stage with him.

Park Yoo Chun said, “I was almost brought to tears as soon as I stepped up on the stage. I was nervous since it is my first time meeting the fans in Japan alone and I was worried that my Japanese is not good enough but I am happy to have spent such a great time.”

Park Yoo Chun wrapped up the fan meeting by singing drama Miss Ripley’s OST The Empty Space for You and one of his favorite songs Leaning on You. When the fans requested for an encore song, he sang his self-composed song Walking With Her in Spring, concluding the three hour fan meeting.

Meanwhile, having completed his fan meeting in Japan, Park Yoo Chun will be preparing to release JYJ’s second full length album at the end of July.

Empty Space for You 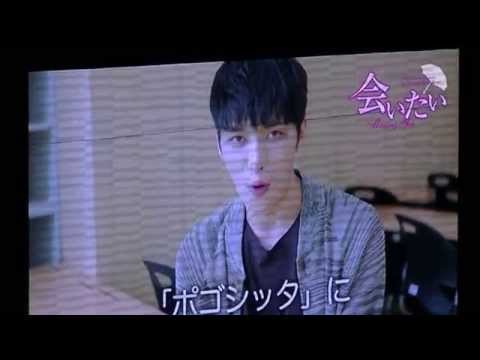 Video message from Junsu and Jaejoong
from Rinmaze

with English subs by Angel Wing 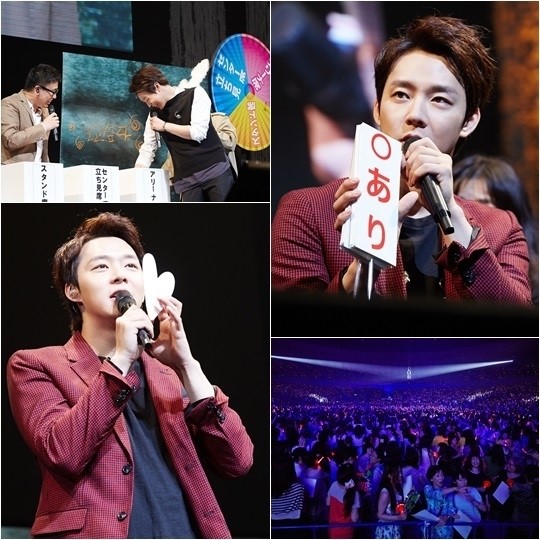 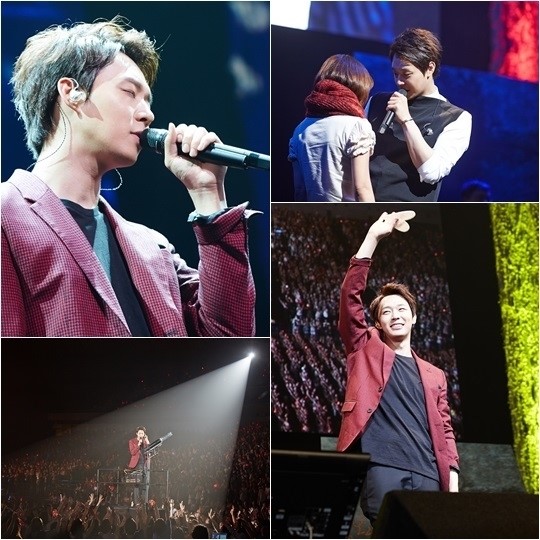 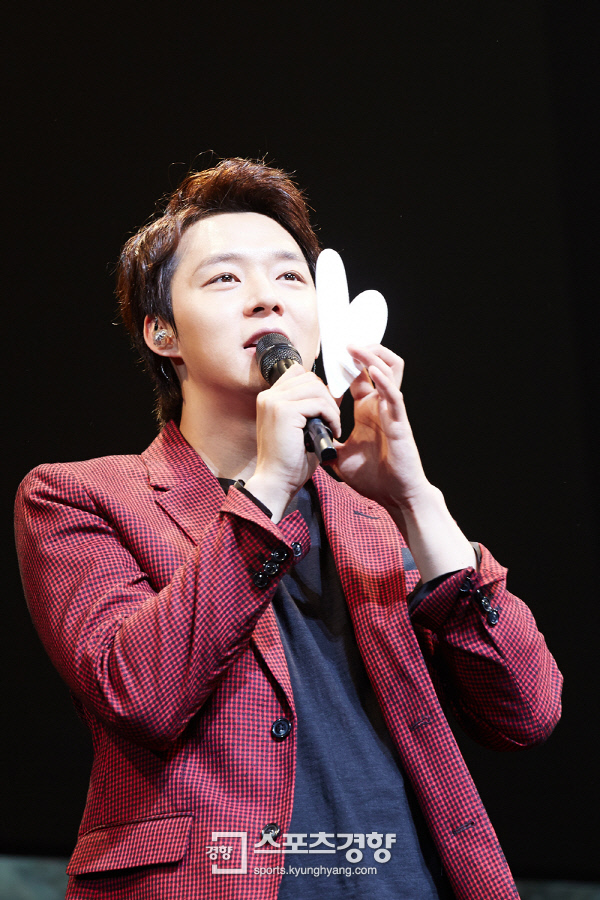 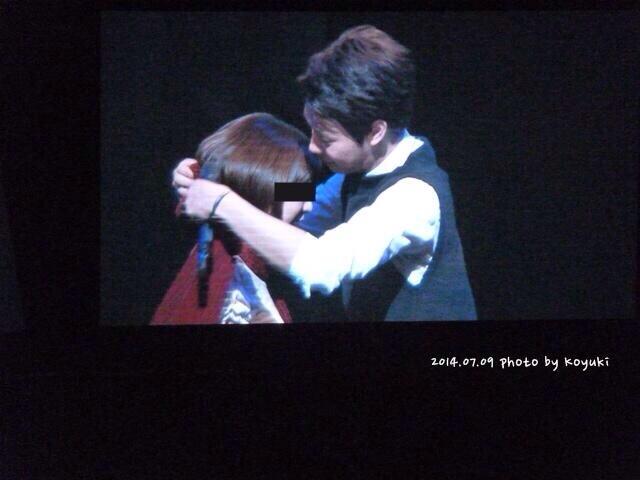 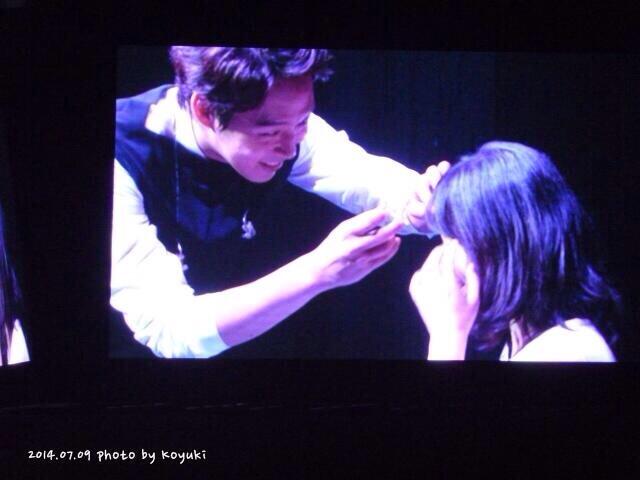 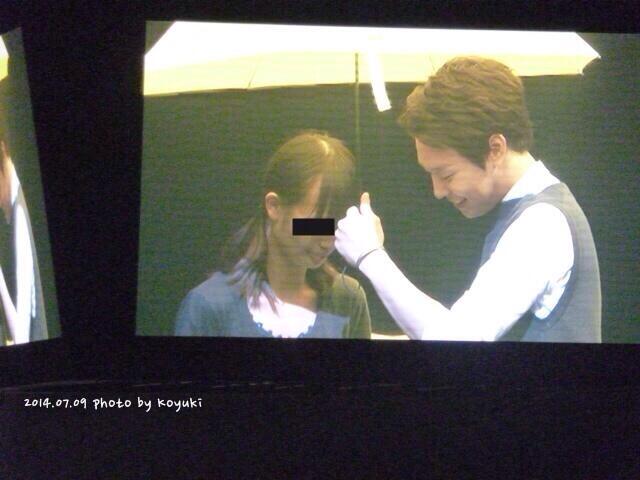 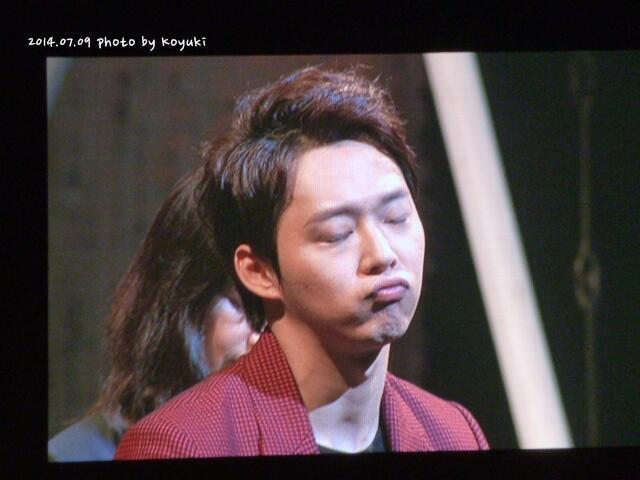 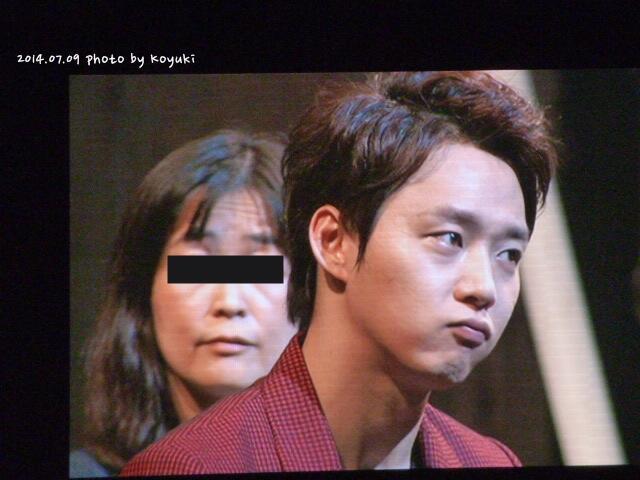 Yesterday, YC came to JP after 1y n 3months and worried and was nervous whether he could do the FM in Japanese  @Gemini_0604
Best remains in memory while filming IMY: Cold because it's winter and having NGs because the umbrella shook  @Gemini_0604
Since it's been 1year and 3months he came to JP, YC practiced his Jpese last night  @babyskymicky
YC said he used toothpaste before the kissing scene. via lovemickysmile6
YC said JJ's kissing scene was better. viaYochwennie
Before kissing scenes, YC brushes his teeth and thinks about wanting the filming done quickly R@Gemini_0604
Manager A: Because YC doesn't get drunk, he remembers other's mistakes. Once, they drank 15 bottles of whiskey in 2 hours at 6  @Gemini_0604
Manager B: Anyways, he doesn't get up even if you wake him up. YC: that was then, i get up well these days. R@Gemini_0604
YC doesn't eat much chocolate  @Gemini_0604: 초코렛은 별로 먹지 않는다고
When he wants to eat sth, he goes to eat it no matter how long it takes to travel R@Gemini_0604
Manager: YC has ability to see through things/ppl. He can tell if someone is lying just by looking at his eyes  @Gemini_0604
YC doesn't like chocolate because it's too sweet but if it's sweet like strawberry smoothie level, it's OK  @Gemini_0604
Recently, he went to eat broiled fish at around 200 km of distance, when he came back he said he was a bit tired  @Gemini_0604

-Yes or No corner-
1-Can you wait for a girl who is separated from you for 14 years?
YC-From what how old? No, because if from now on, I'll be in my 40s and coz I don't have that experience..I don't think I can..Impossible (muri muri)
Even if you're in love with her?
Impossible (Muri)..on the other hand, isn't that scary?

2-Liking a person who already has a lover...
YC-Falling in love? Yes. Since it's a matter of the heart, you can't stop it. But you can't say it out loud..if her lover is someone I don't know, I'd probably try to get her. If Jaejoong likes my girl...impossible. No.

3-Is there a true friendship between men and women?
YC-Personally, no. If I choose yes..what kind? it's not the relationship I share with all of you,right? So,personally, no.

4-Among the actress you've worked with so far, have you seriously liked her?
YC-Until now, no. Personally no but if I don't like the person, it's hard to portray it so..Half-half.

5-A detective's job is to wait. Do man waits?
YC-Yes. But for 14 years, it's impossible. Guys should be the one waiting, and I would like to wait (for her). If you wait, the feeling would increase.

End of Yes or No
https://twitter.com/rytherantz

YC: When I stood on stage, I cried and I was moved. I thought I really did well to debut in Japan too. I want to hold activites in Japan, I like Japanese ramens and I like you all. 10 years have passed but I still want to keep going on with you all. I feel happy to have met everyone as a singer, as JYJ, the passed DBSK, through dramas.

First, thank you for today. To be honest, since it's the first time I'm holding a solo event in Japan, I wondered if I would do well in Japanese... (Audience clapped). Before next year comes, I promise the three of us will absolutely come to Japan, so please wait for us until then.

Just like the drama title says, I want to keep meeting everyone. Next time, we will come back as 3. Bye bye. Thank you everyone.