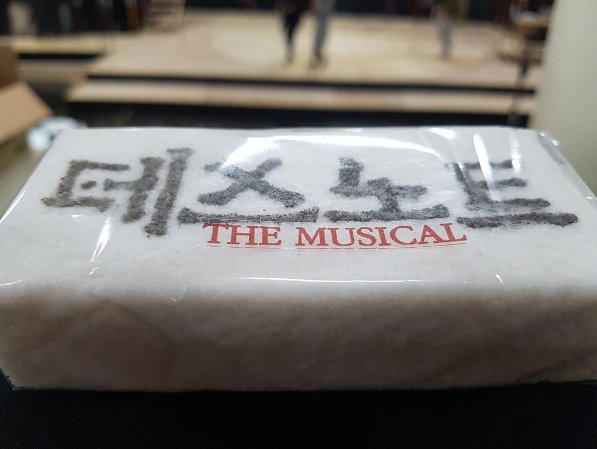 
Kim Junsu along with Musical ‘Dorian Gray’ and ‘Dracula’ are nominated in the 2016 Stagetalk Audience Choice Awards (SACA). Courtesy of the tutorial created by XIA Wonderland, I have translated the information for International fans.
Voting Period: 1st Dec 2016 ~ 11th Dec 2016

NOTE: It appears that Japanese cell phone number works however, I think it is because they are in the form of 000-0000-0000 (i.e. 3 digits-4 digits-3 digits), if your phone number is in that form I believe it should be able to work.

NOTE: The ones without a tick mark beside is not required to answer. For the 3rd and 4th click [선택] button and you will see like below, just click any option. Additionally for 3rd question you need to select both the [선택] button, it being something like ‘first choice, second choice’ and thus you need to select different options for each of them.

and you are done!

Now to Vote! click Here
Start filling in as below.

Now on to voting. Voting is done for all of the categories in sequential order. The first few had nominations that I was not aware of at all so, as directed by the original creator of the tutorial XIA Wonderland, I chose the option in red ‘잘 모르겠다’ (I don’t really know).

Keep clicking this in the bottom for the next page.

I’ve added the screen shots below for the all the important categories to vote for.
Vote for Original Musical (new): Dorian Gray

And you are done!

Finally, #KimJaeJoong is coming back from #military #service on Dec 30th! If #U wanna join a #memorable meeting w/him, check the official #website of #CJES Hope time files #much more fast!

Cjes Notice: Special Welcome Back Gathering for #김재중
via crystalmoon64 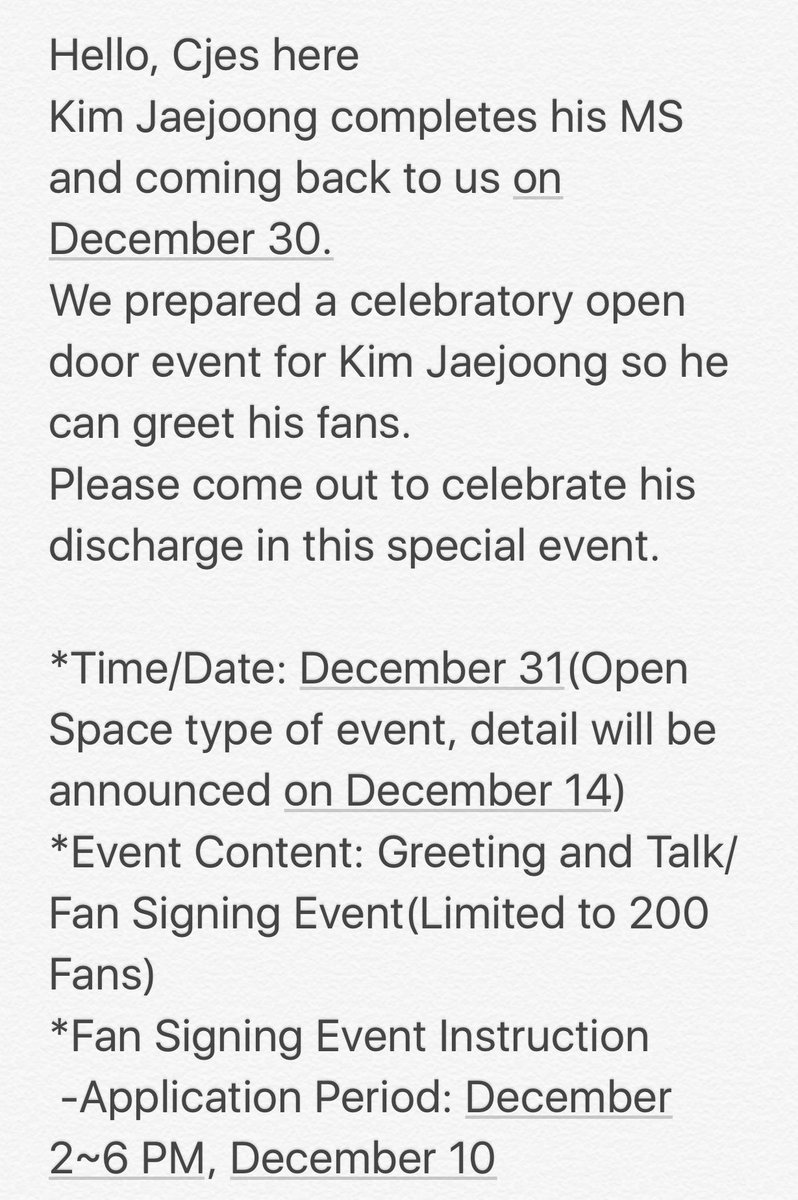 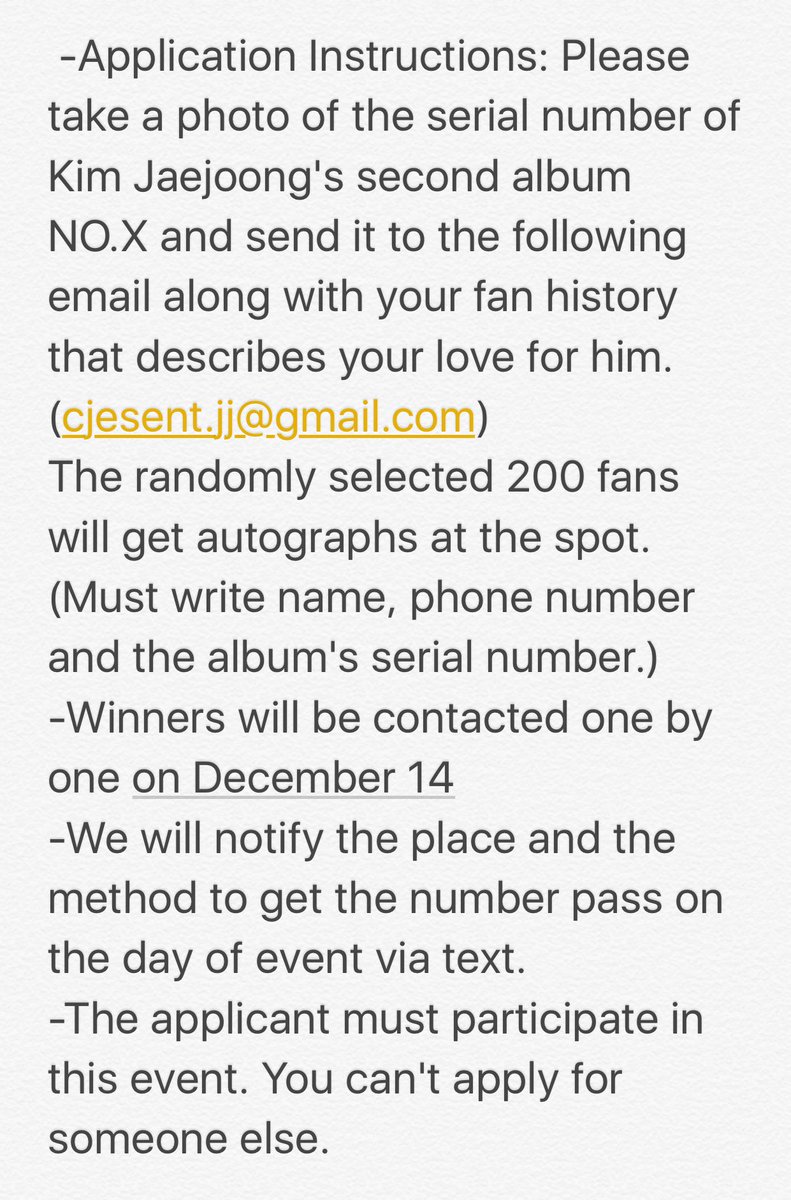 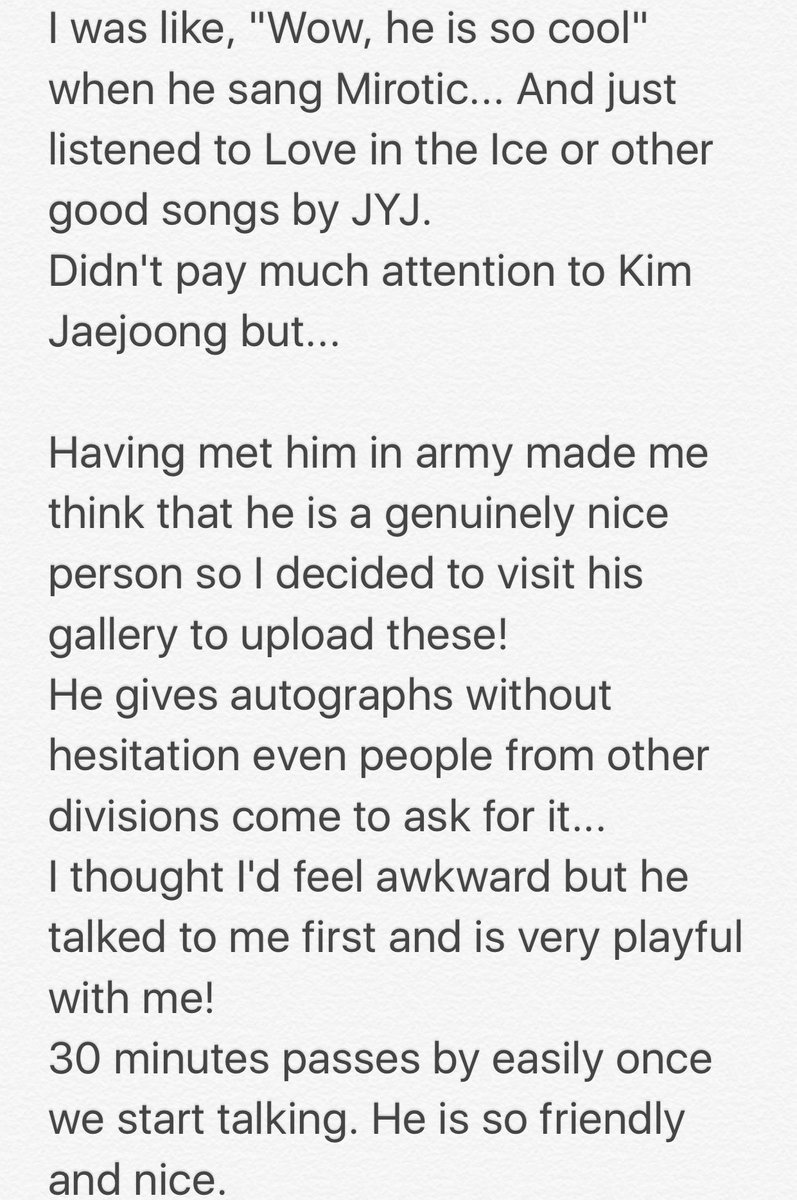 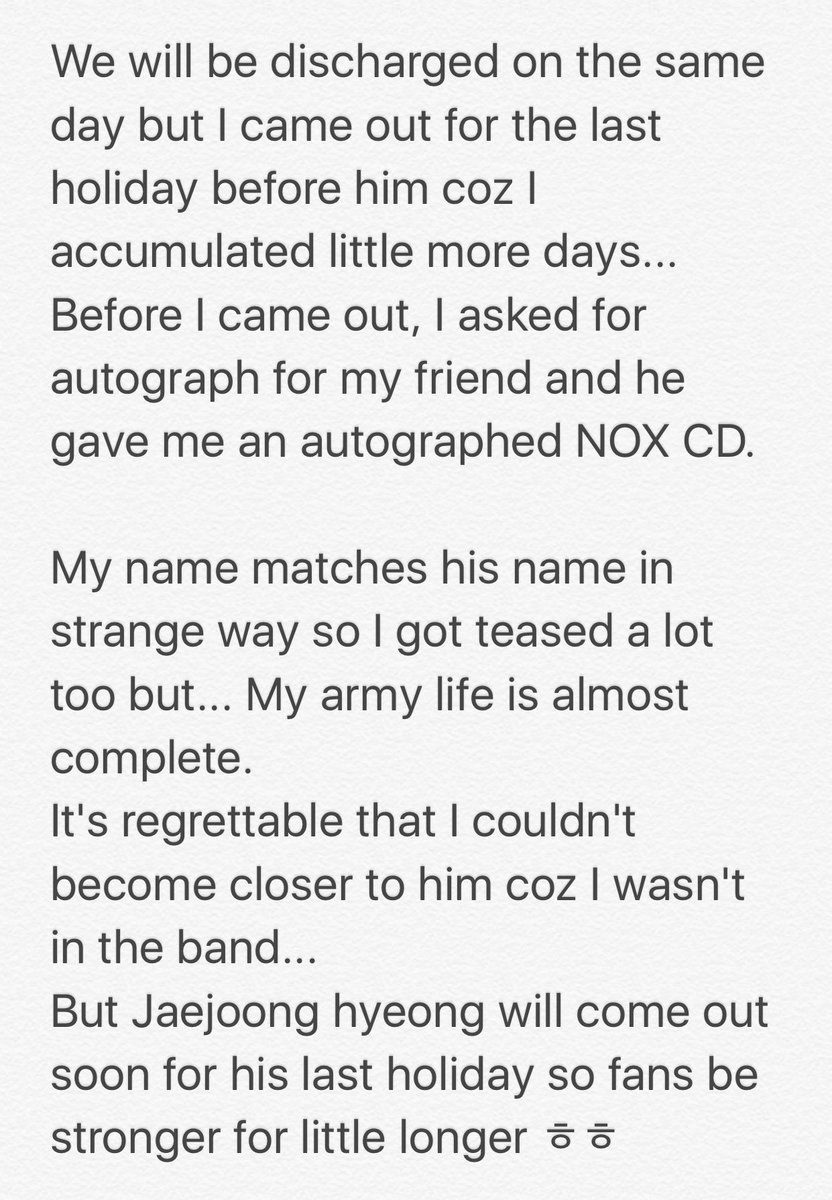 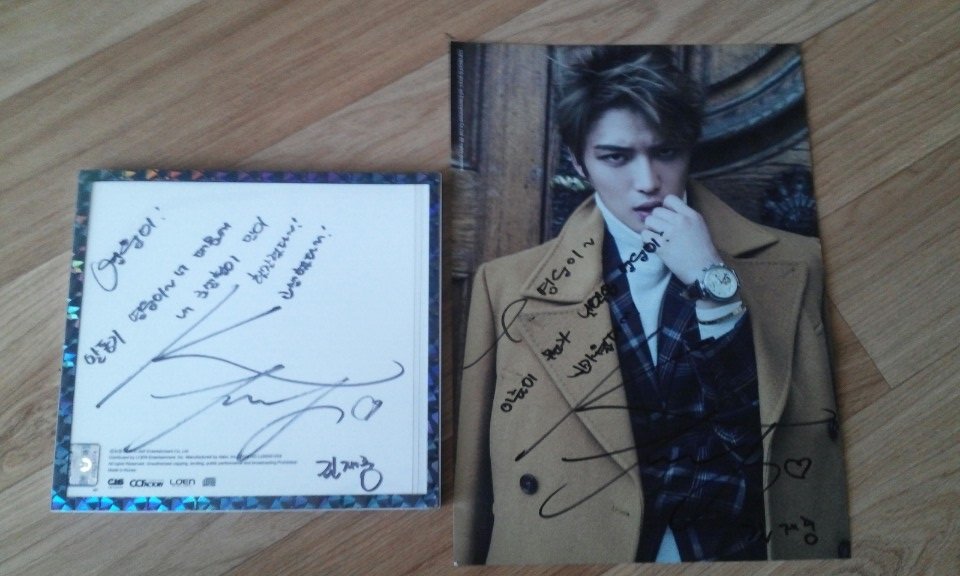 @DC_Jellery The soldier's name is Yeongwoong(Hero) lol If they stand side by side, they become Yeongwoong Jaejoong 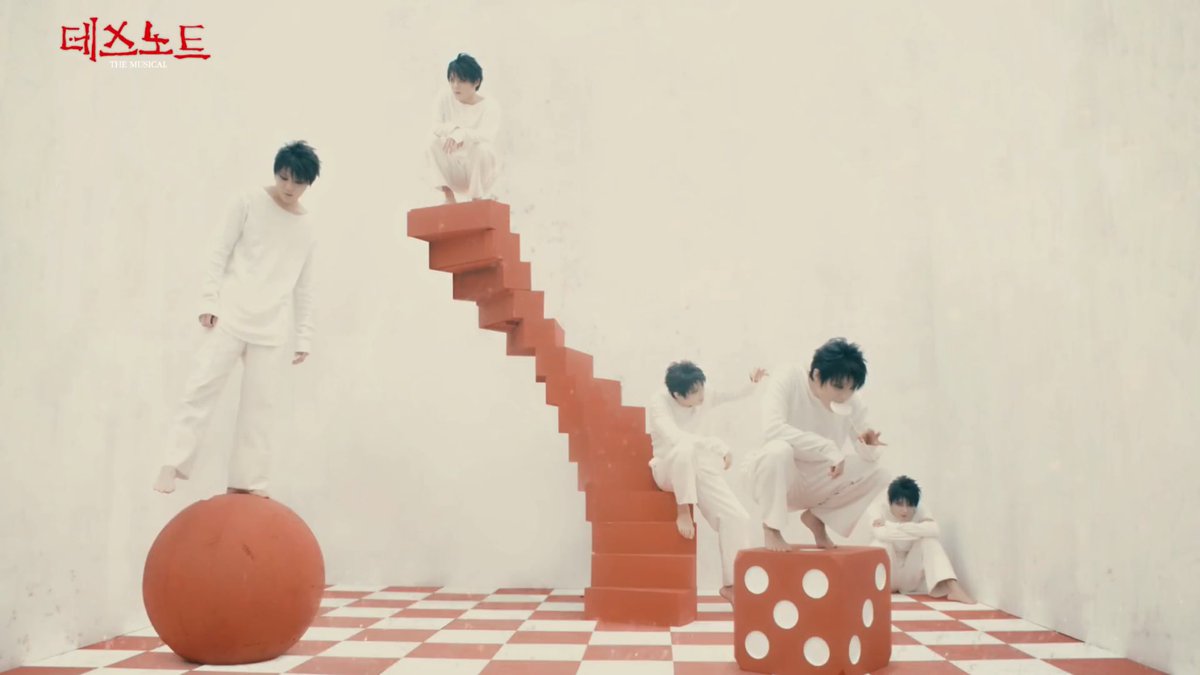 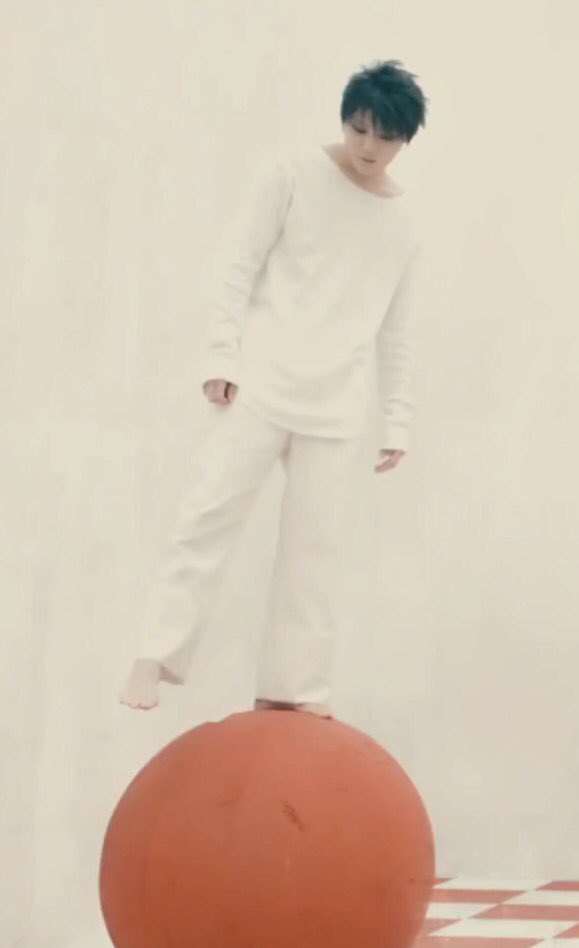 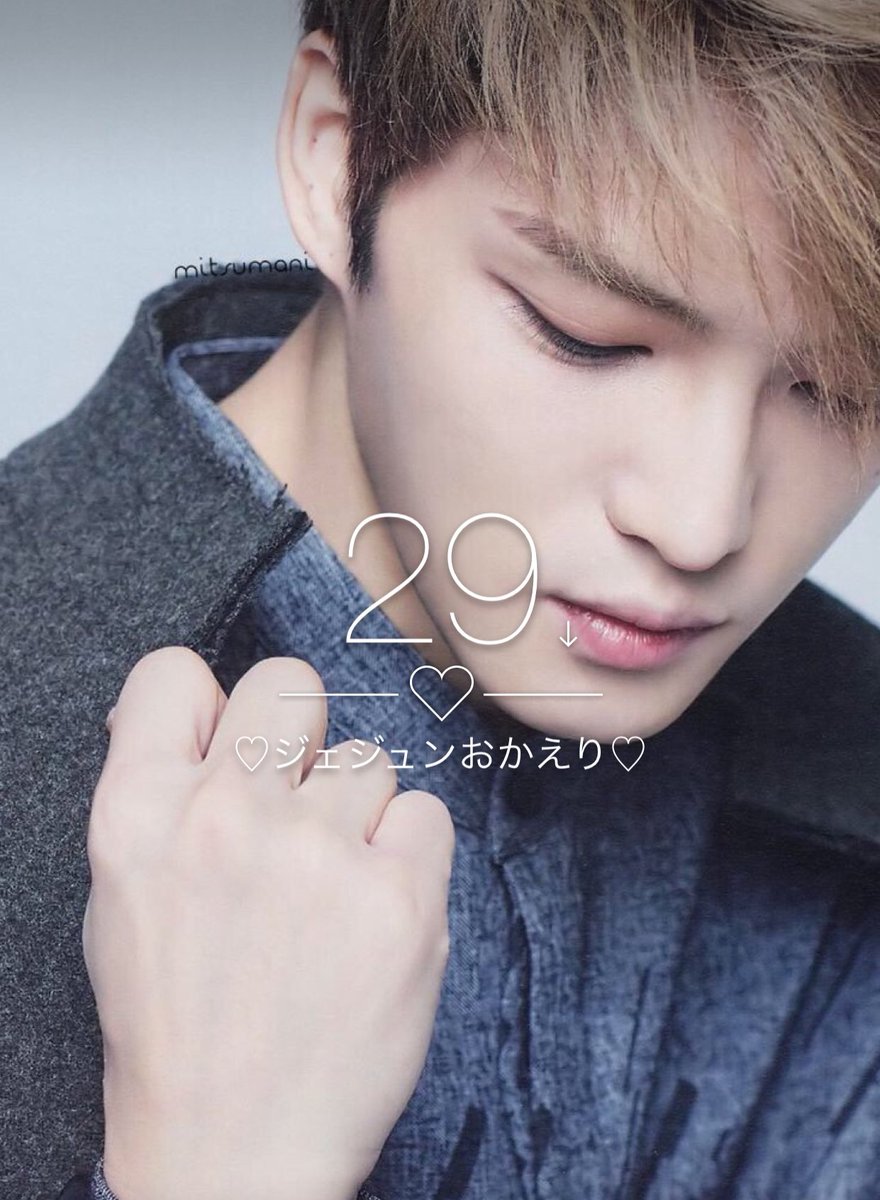 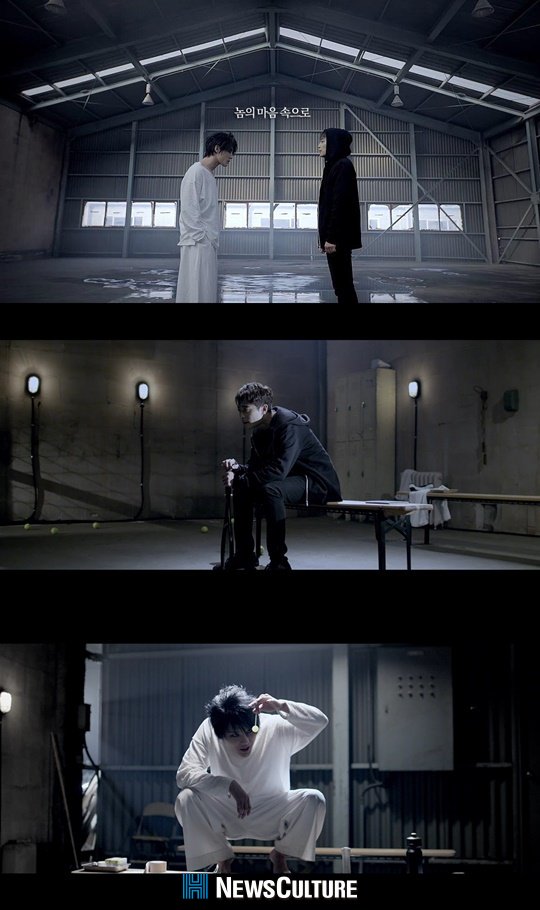 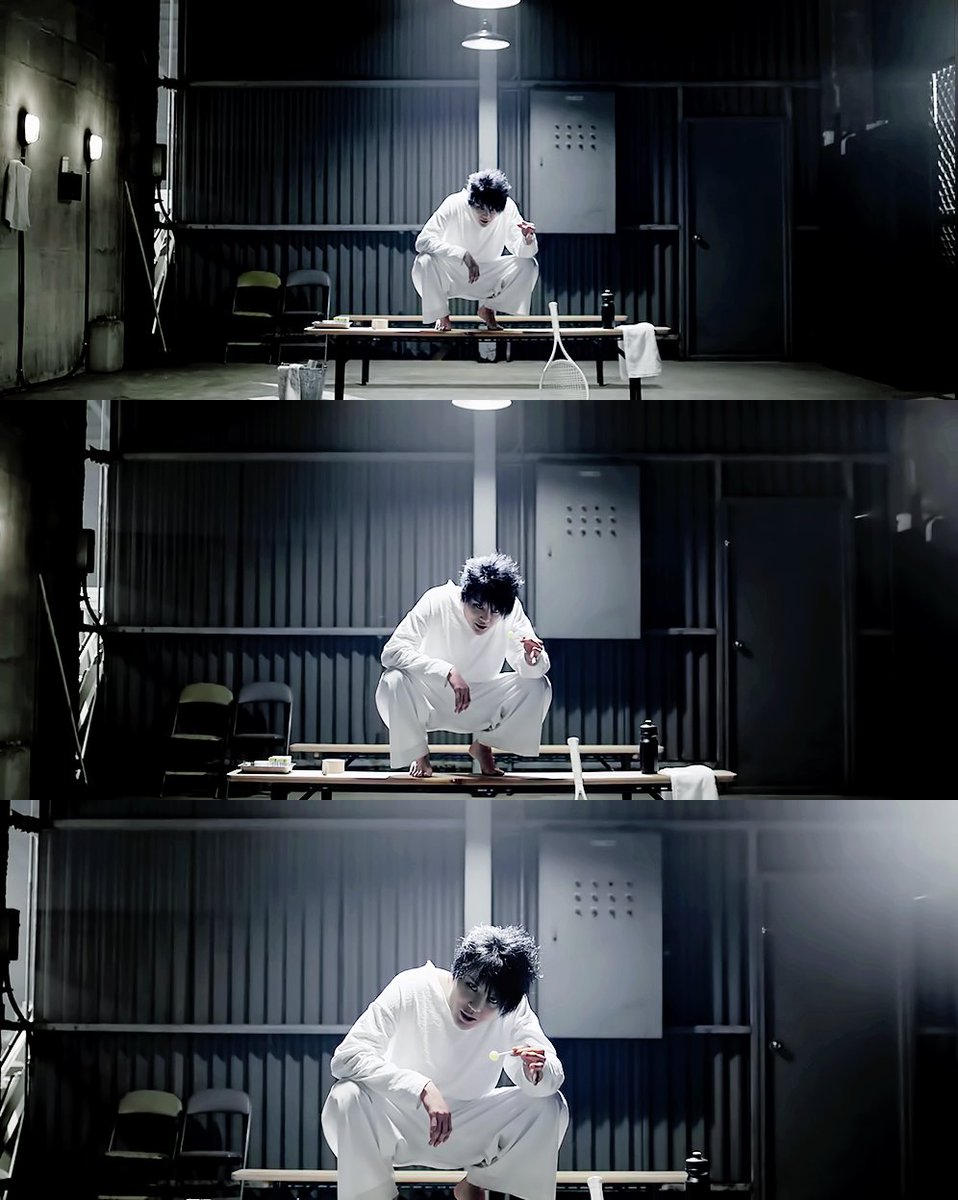 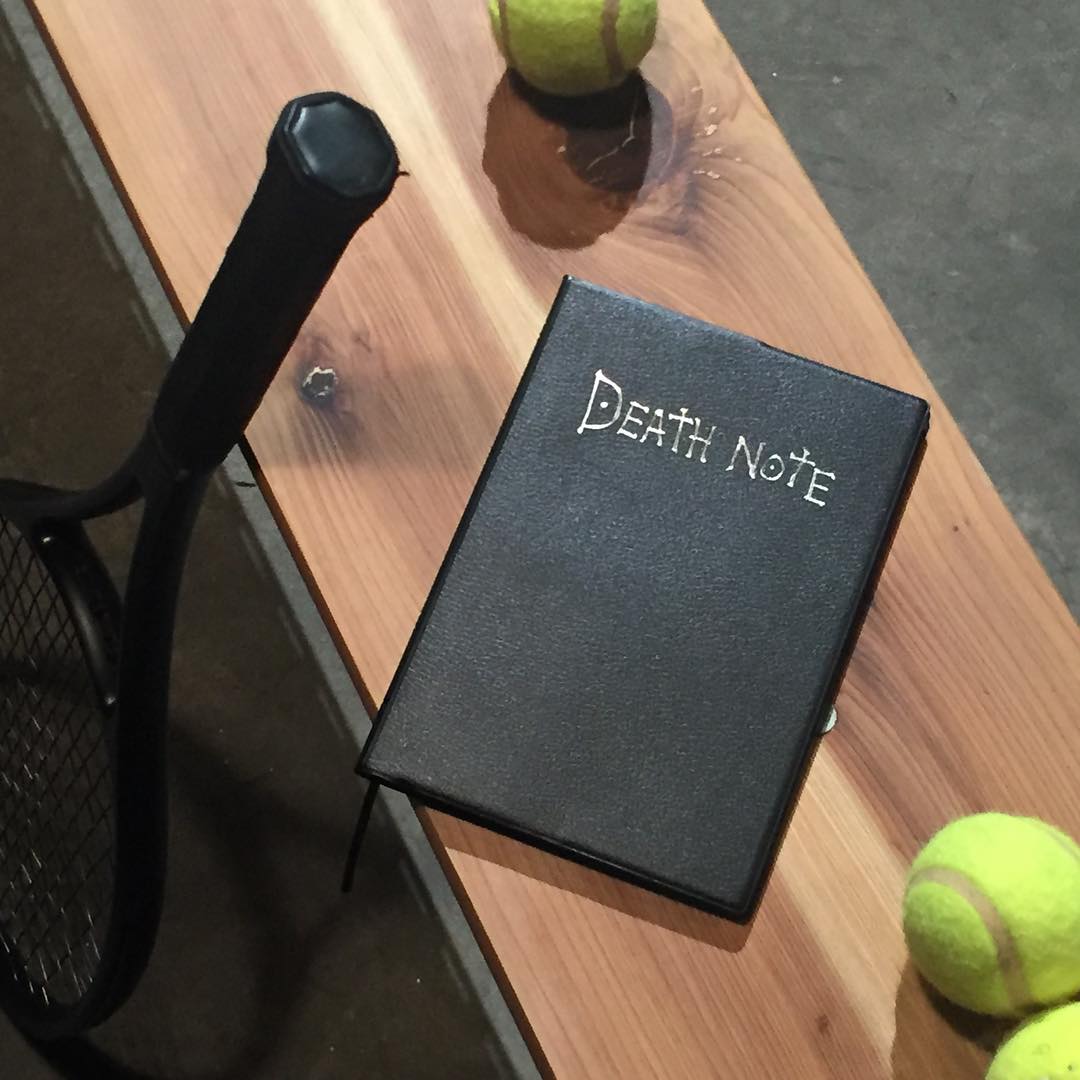 
SEOUL, Nov. 25 (Yonhap) -- Kim Jun-su, a member of the popular boy band JYJ, is to star in the musical "Death Note" before starting his mandatory military service in February, the show producer said Friday.
According to CJeS Culture, the singer better known by his stage name Junsu was cast as "L," one of the two main characters of the musical. This marks his second time playing the role after 2015, the year when the licensed musical's South Korean premiere took place.
"Death Note," based on the homonymous Japanese cartoon, unravels a fierce battle of wits between the genius high school student "Light," who is gifted the power to punish the bad as he stumbles upon the Death Note, and "L," the brilliant detective who is after him. Light will be played by Han Ji-sang, who received public acclaim for his outstanding performances in previous musicals "Frankenstein" and "A Tale of Two Cities."

The upcoming musical, originally produced by the preeminent Japanese agency Horipro, enjoyed huge popularity when it was first staged here, recording sellouts for all its 57 rounds.
The star studded cast also includes musical actors Park Hye-na and Kang Hong-seok for death angels "Rem" and "Ryuk," and singer Ben who will play Light's girlfriend, Amane Misa.
The musical will be put on at the Seoul Arts Center's Opera Theater in southern Seoul, from Jan. 3-26. 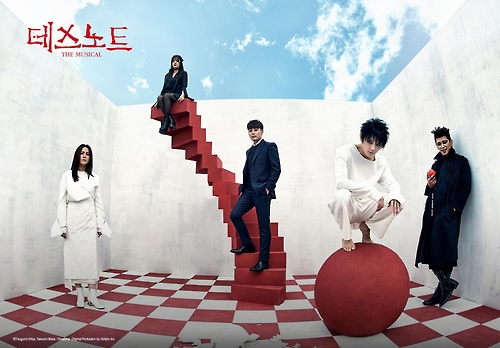 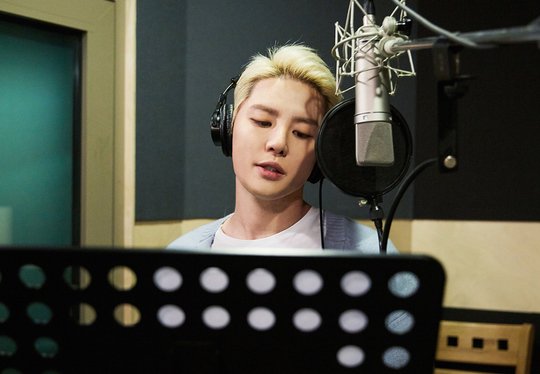 The opening date for movie ‘Lucid Dream’ starring Sol Kyung-gu X Go Soo has changed once again.
According to the film industry on the 28th, ‘Lucid Dream(by Director Kim Jun-seong)’ –which has confirmed an opening date of January 4th next year– is under discussion once again on the timing of its opening presently.
Related to this, a representative told Ilgan Sports: “‘Lucid Dream”s January opening seems unlikely in actuality. It is under reconsideration for an opening in the first half of the year,” and, “At present, March has the most potential and at latest, will be no later than April”.
According to representatives who are well-informed in the movie, ‘Lucid Dream’ has been opened to the possibility of change internally even after they had officially announced the opening of January 4th.
NEW –who is distributing ‘Lucid Dream’– had forgone Cha Tae Hyun and Kim Yoo-jung’s ‘Because I Love You”s November opening; and were under discussion on a January opening for it, along with ‘Lucid Dream’ and ‘The King’. It is rumored they ordered an opening in early January for ‘Because I Love You’, after serious consideration on placing the three works; and that they decided on coordinating ‘Lucid Dream”s opening once again.
Following this ‘Because I Love You’ is slated to open in early January and ‘The King’ on January 18th, if it were not for the unexpected change. ‘Lucid Dream’ is expected to be able to be seen in theaters come March~April.
‘Lucid Dream’ is a work depicting the story about how a father whose son was kidnapped begins to search for clues of the criminal, by receiving an assistant’s help in his dreams.
Sol Kyung-gu and Go Soo puts on impassioned performances undertaking the lead roles and Park Yuchun will be making an appearance in ‘Lucid Dream’ just as intended.


Source: IS Plus
Translated by: rilanna of JYJ3
Shared by: JYJ3

On November 24th, the trial for the group of three people who falsely blackmailed and made false allegations against Park Yuchun was held at 2 PM.  The first witness for this day was Park Yuchun, this trial’s victim.
On this day, unlike other trials, a lot of news teams  converged. It was in order to get a photo or footage of “victim Park Yuchun” coming forward as a witness. They were standing in the entryway of the court, lobby hallway, proximity of the security checkpoints, parking lot, etc.; waiting holding their cameras or installing their video cameras, on tripods, to cover “victim Park Yuchun”.  The trial started from 2 PM but they showed their meticulousness and diligence by turning up from before 1 PM and waiting in places here and there. Despite the sub-zero weather, they showed evident professionalism holding cameras and waiting outside of the court’s entryway.
But the news teams’ meticulousness & diligence and the journalists on this day, notwithstanding their evident professionalism, couldn’t take even one cut of Park Yuchun’s photo nor 1 second of video [footage]. Especially JTBC –who did a report of Park Yuchun’s real name only and opened fire with the violation of Park Yuchun’s human rights on June 13th– installed 2 photo cameras and video cameras in the proximity by the security checkpoints and were waiting from before 1 PM, but had to go back without seeing so much as Park Yuchun’s shadow.


–
“Victim Park Yuchun” submitted an application to proceed to be called as a witness, to the court the past November 21st.  It is not easy to be the witness coming forward as the victim. Being ordinary persons also are not an easy matter but it can be a tougher undertaking to be pestered by the flashes of crowds of reporters before coming forward as a witness, simply because he’s a celebrity here. The journalists even knew Park Yuchun had applied to proceed to be called as a witness and had flocked to the courthouse, with the single-minded desire to cover it unconditionally and with absolutely no consideration toward “victim Park Yuchun”.
It seems the journalists –who posted malicious comments about special favors and whats left over “victim Park Yuchun” having applied to proceed to be called as a witness,  or wrote their articles about walking into court avoiding reporters’ gazes– have absolutely no notions about fundamental human rights. When they were chasing after each of Park Yuchun’s public service and commute the past summer, they could not have enough of holding out their mikes and snapping off flashes He has been cleared of all the charges against him, and although he went to court as a victim to be a witness, the images of him getting crowded as they covered him again are a disappointment. When this trial’s defendants Ms. Lee and Mr. Mob-Hwang were imprisoned and being indicted, the news teams didn’t even go cover it; in particular JTBC who reported on this incident with [Park Yuchun’s] real name only. The coverage of the accusers didn’t even happen yet they showed initiative to have dispatched 2 cameras to cover “victim Park Yuchun”.
The 4th trial, for the group of 3 people who made false allegations, started as a hearing with Judge Choi Jong-jin at 2 PM.  By the way, he wasn’t able to start the examination of the witnesses; since strangely enough, the 2 accusers who were imprisoned and being indicted (Ms. Lee –the call girl who’s under suspicions of false allegations and attempted blackmail–, and Mr. Hwang –the mobster who’s under suspicions of attempted blackmail and fraud–) had not arrived from the detention center. So the judge exchanged the story about a different matter related to the incident with the accuser’s lawyer. Because the imprisoned accusers arrived after a little while and to start examination of the witnesses, the observers vacated their seats and stepped out of court. To protect “victim Park Yuchun”‘s privacy, this trial’s examinations of all the witnesses were composed behind closed doors.
Around 2:17 PM, a court staff told fans and journalists who were waiting in the hallway the examinations of the witnesses had started. The first witness was Park Yuchun, this trial’s “victim”. Around 3:30 PM, the second witness entered into the closed court; and  Around 4 PM, the third witness entered into the closed court. The third witness’s testimony came to an end around 4:20 PM. According to the words of a court staff, it’s said Park Yuchun went and did well in the witness examination.
After a little while, the cohabiting male –who’s this trial’s accuser under suspicions of attempted blackmail– came out of the court together with a lawyer. When there was the 3rd trial on the past November 10th, the cohabiting male had stared or cursed at fans. This time he was overwhelmed at many fans’ spirits. He couldn’t even raise his head and had to make his way through fans.
And for Mr. Mob-Hwang, there continued to be an examination of witnesses in connections to this fraud case of his since he has 2 more counts of fraud charges toward other people, apart form the attempted blackmail toward Park Yuchun. This also was conducted behind closed doors and couldn’t be attended.
On the other hand, November 24th was when the 4th trial for the 3 people in the defendant group for making false allegations and falsely blackmailing Park Yuchun was held, Park Yuchun fans wore sunflower brooches on their chests to convey their thoughts ‘I stand by Park Yuchun’.


Source: nowbluecho
Translations by: rilanna of JYJ3
Shared by: JYJ3 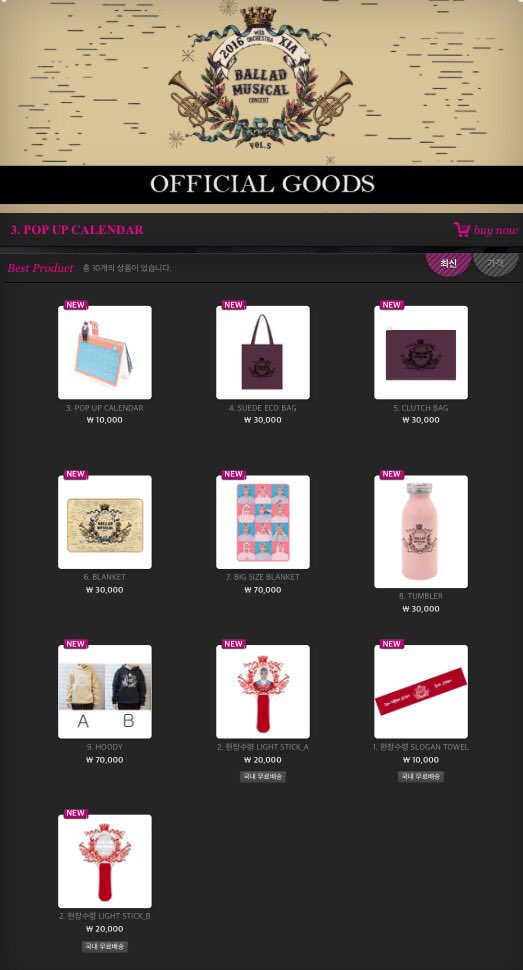 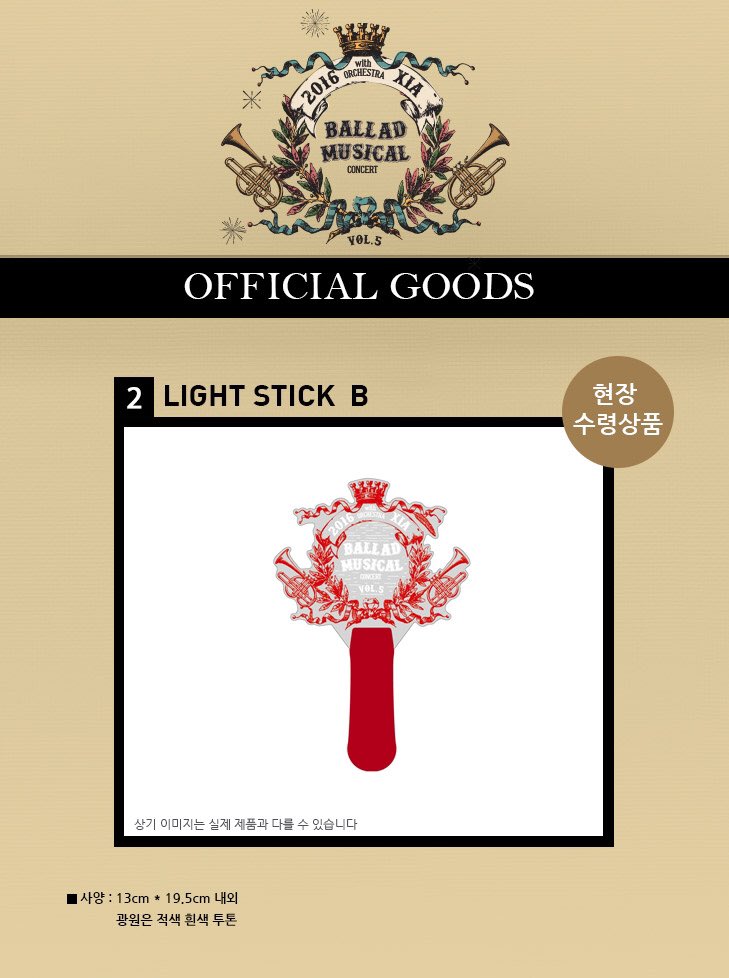 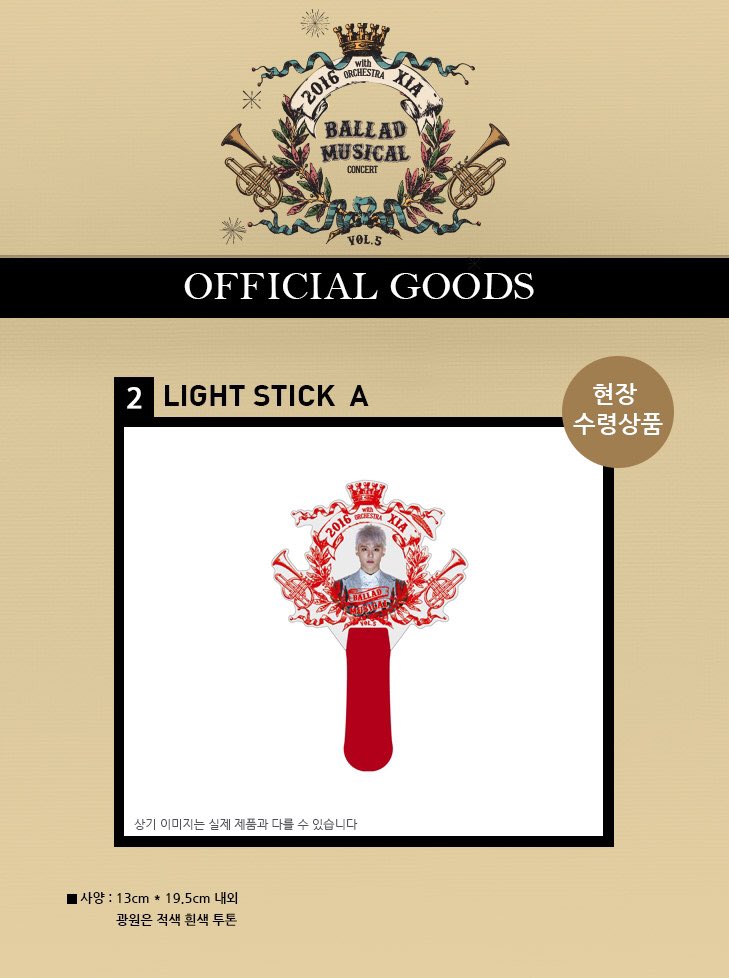 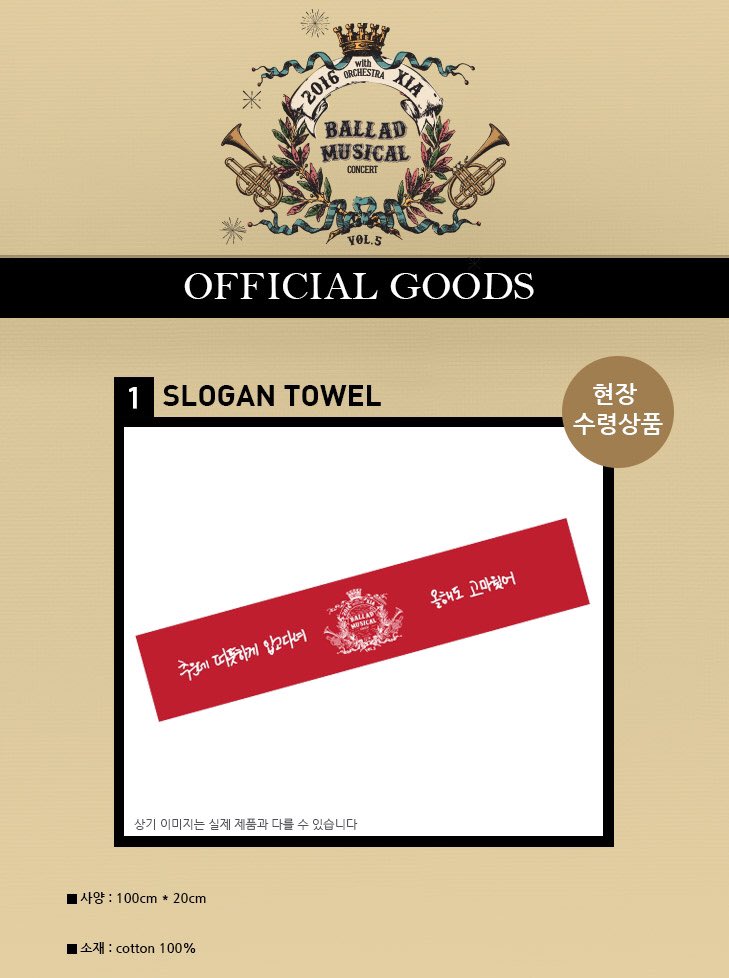 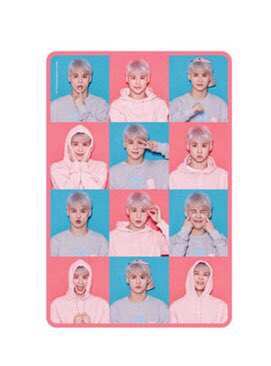 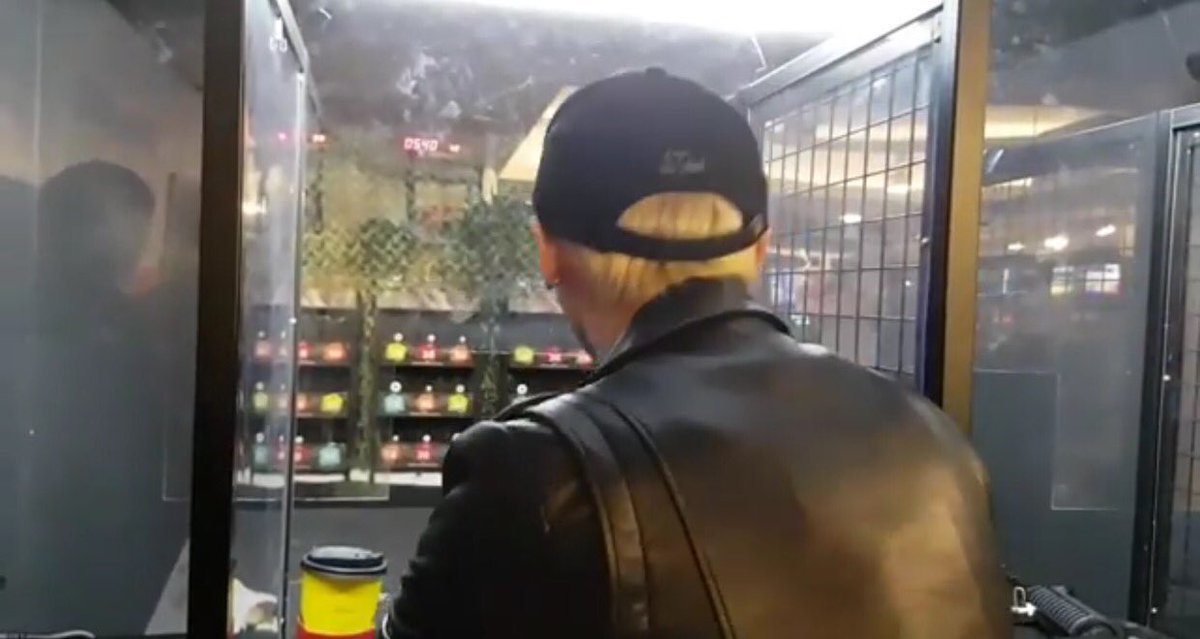 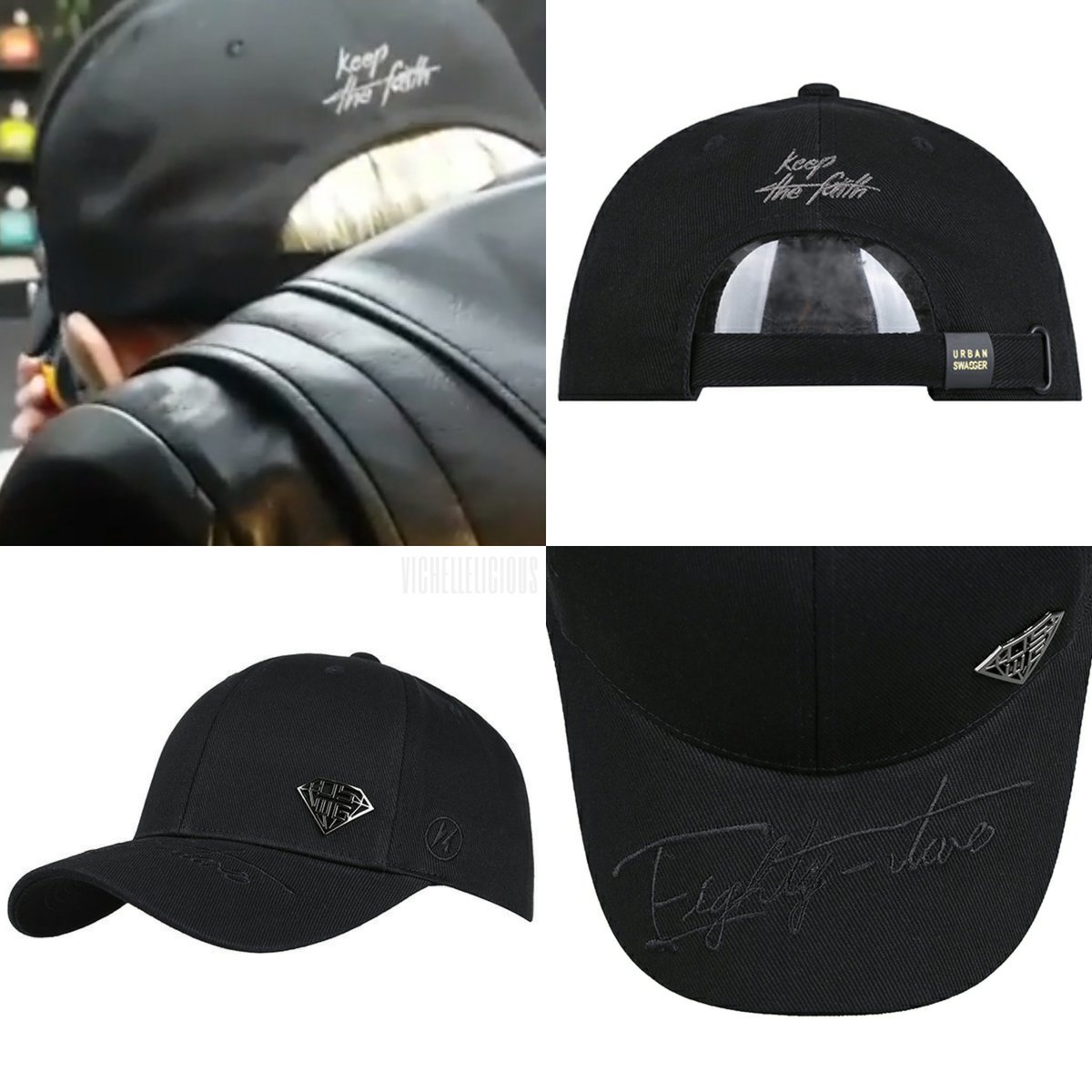