Note: Corporal Jaejoong performed at 55th Infantry (a few weeks ago) in front of new recruits and their family...


In the last episode of SBS's 'Laws of the Jungle in Panama' on February 26, actor Park Yoo Hwan shed tears as he talked about his brother, Yoochun, who was the fatherly figure in his life.

The production crew had presents prepared for the cast members, and these gifts were none other than letters from their family.  As Park Yoo Hwan read his letter from his brother, Yoochun, who's in the army right now, he could not help but shed tears.

Opening up, he explained, "My father passed away three years ago.  I was close to my father, but in America, my parents divorced, and I was unable to spend a lot of time with my father.  My brother was like my father.  I'm very sorry and thankful."
allkpop

Park Yuchun sent a handwritten to his actual younger brother Park Yuhwan who underwent hardships in the jungle, on SBS variety program ‘The Law of the Jungle in Panama’ that aired February 26th.
On this day, it was the last day where the production crew told Byung-man tribe, “We have gifts” when they finished their jungle survival; and offered out envelopes. Right in the envelopes, there were letters sent by Byung-man tribe’s family members.
For Park Yuhwan, a letter arrived with ‘Jingle-Jingle’ written on it. Park Yuhwan was moved to tears, receiving a letter from his older brother and JYJ member Park Yuchun who’s in the middle of his military service. He lost control before even reading its contents and asked [Fly to the Sky’s] Hwan-hee to recite it instead.
In Park Yuchun’s letter read out loud: “Yuhwan-ah~ It is (your) hyung! First of all, I congratulate you wholeheartedly on your first variety. You’re on ‘Law of the Jungle’ that I really like…I really like it. Are you in the jungle?”
Continuing, there contained, “It’s embarrassing that this is the first letter that I’m writing to you but I hope you had time to finish your exhausting day well (while reading) through this letter,” and, “Hyung doesn’t know how I can help you right now but… Hyung is working diligently at my post (in Gangnam District Office currently). You try to work hard too. At any time, don’t break (anything [i.e. limbs]), don’t get hurt, and even if you aren’t able to walk while in pain. Keep thinking of your family who are supporting you and stay strong~ I love you so much. You went through really a lot of trouble all day long, today”.
He then evoked laughter, jotting down: “Your hyung in the District Office, Park Yuchun”.

SBS Entertainment Weekly covers Kim Jaejoong’s hologram concert: “You mean they filmed him beforehand and held concert later?”
It mentions other celebrities enlisted and others that already finished their military service. 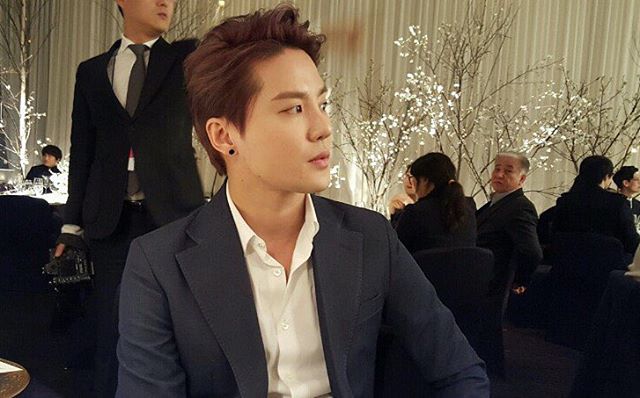 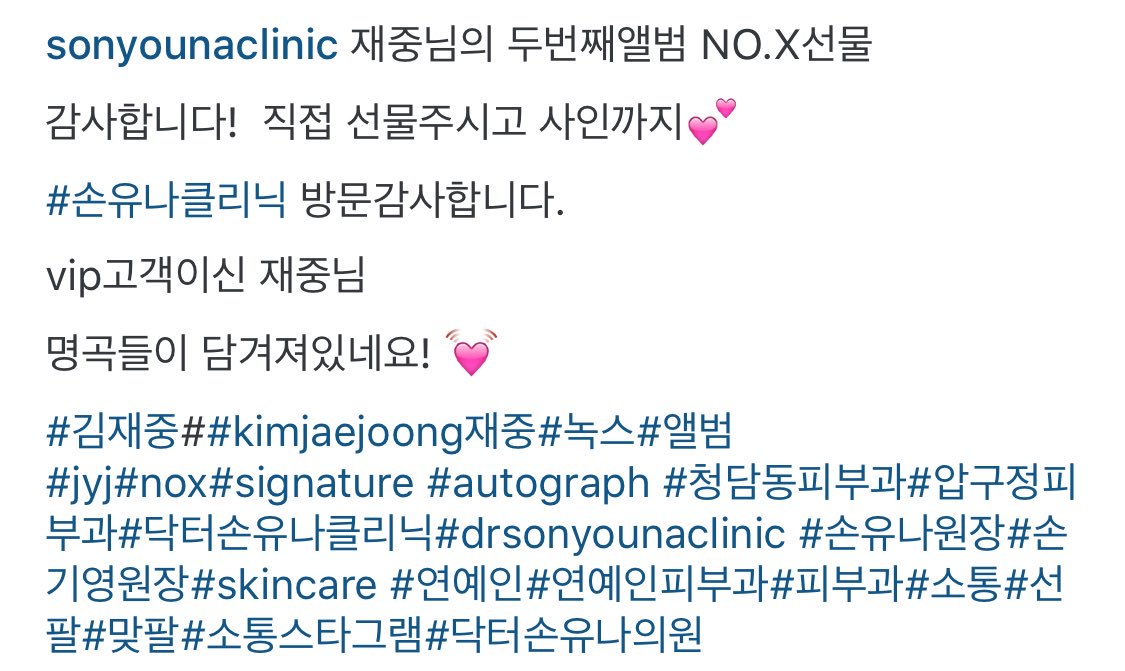 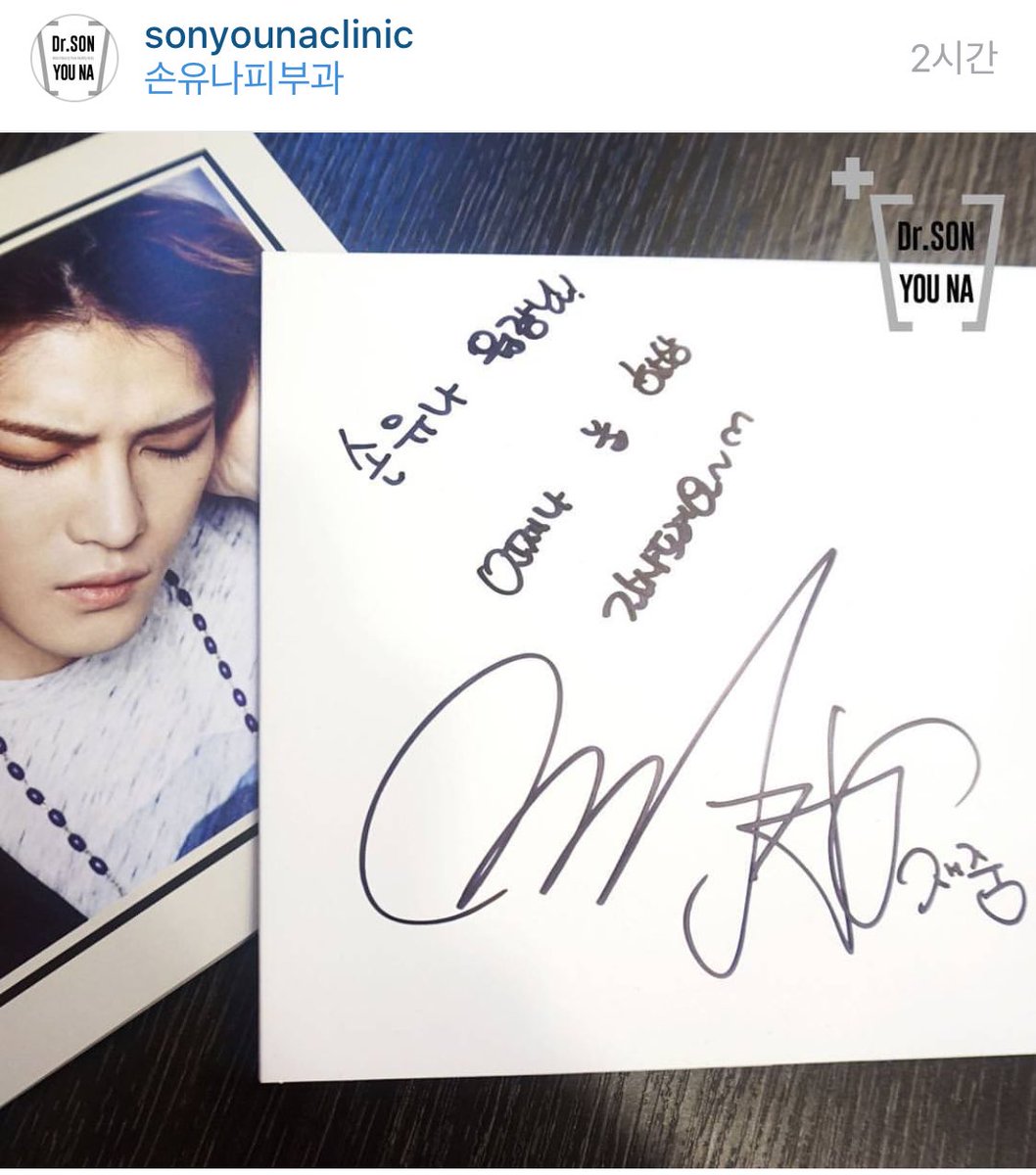 
CJeStagram Update...Jaejoong!
[IG] I unintentionally put out my lips... If you keep doing this... Thank you very much #김재중 https://www.instagram.com/p/BCOvMsQuzBY/ 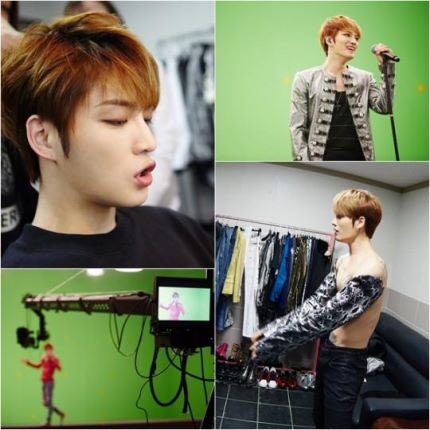 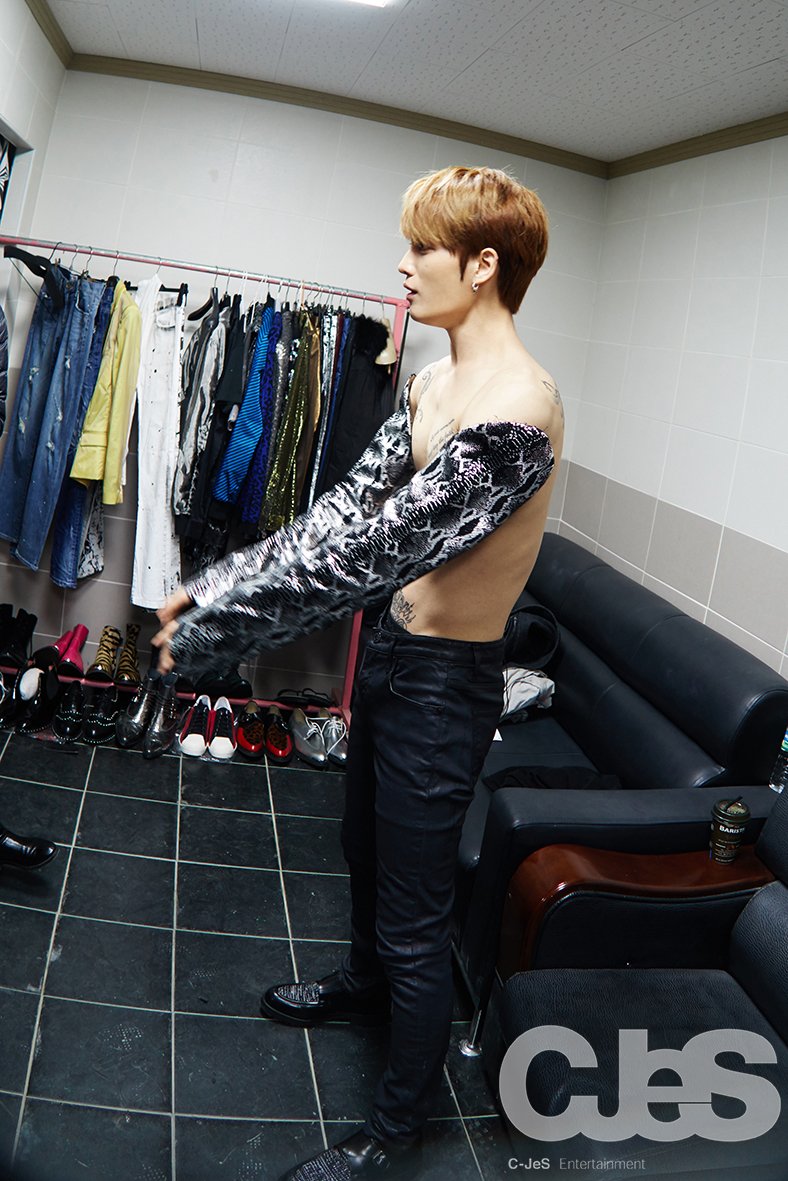 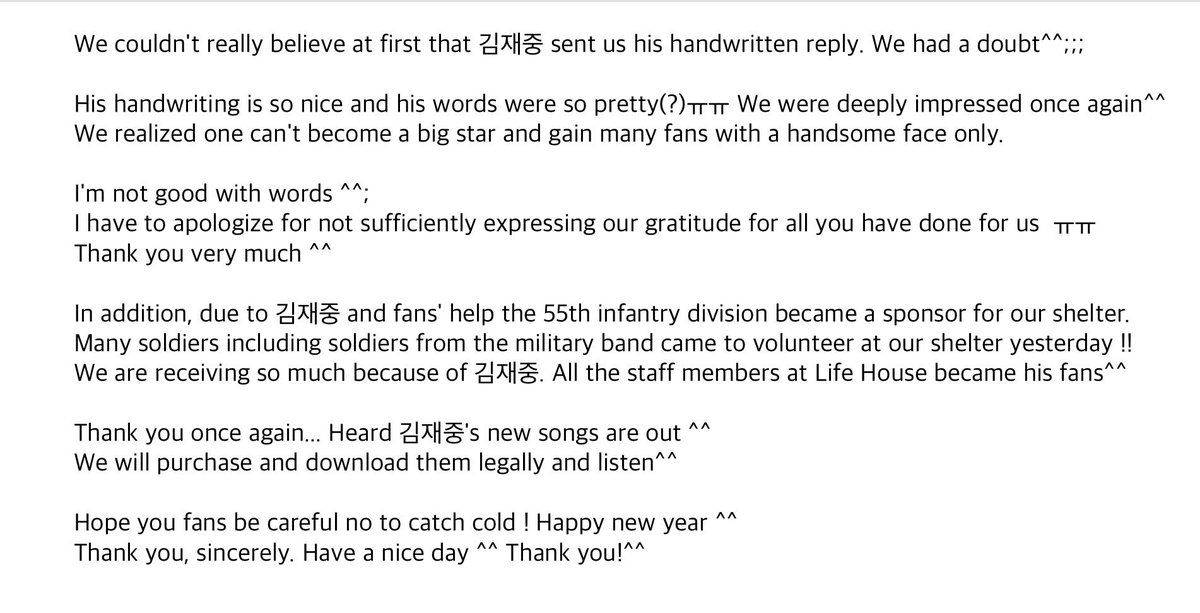 Note: KJJ Gallery donated here (in the name of Jaejoong) before... 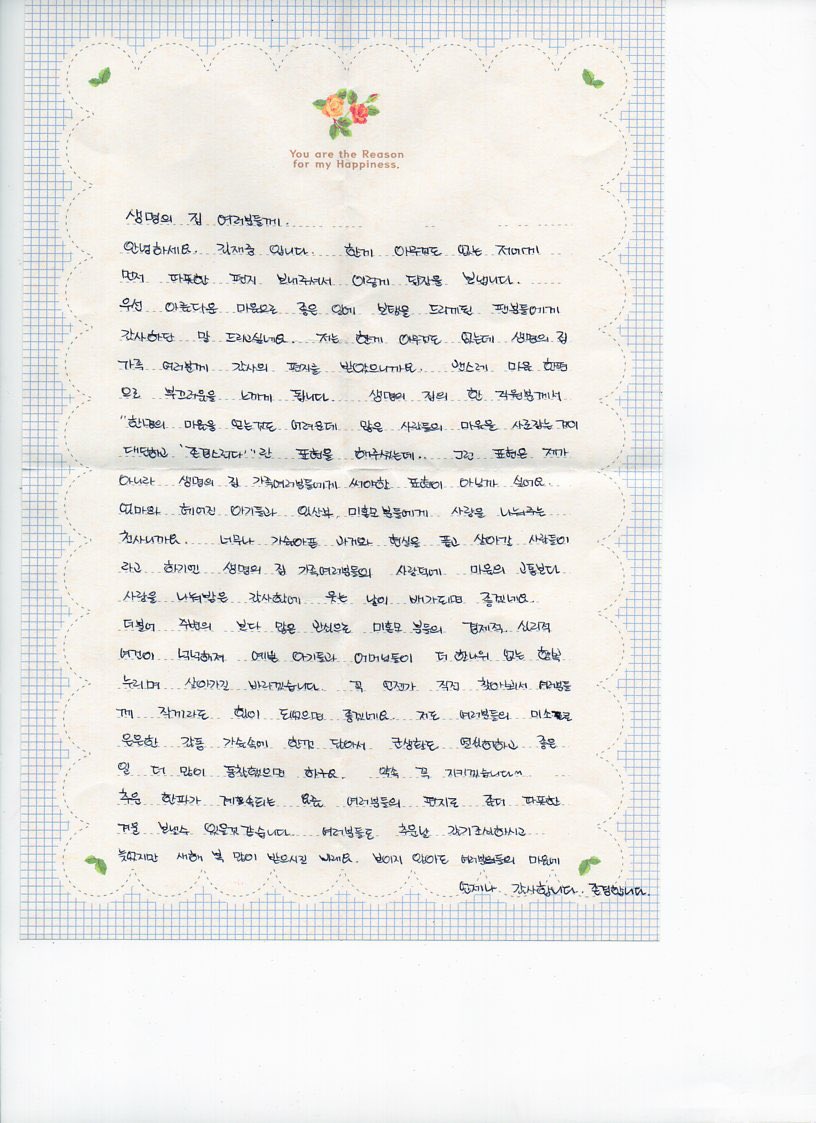 JYJ Jaejoong will be holding a hologram concert in Seoul!

JYJ Jaejoong's hologram concert will take place in Seoul.
On February 25, C-JeS Entertainment has announced, "On April 9, Kim Jaejoong will be holding '2016 KIM JAE JOONG 2ND ALBUM HOLOGRAM REAL LIVE' in Seoul." The concert will be available at two times of 3pm and 7pm.
Jaejoong has already successfully completed a hologram concert in Japan with 15,000 fans back in February 9 and 10. The same greatness is expcted in the upcoming concert in Seoul, where Jaejoong will be performing songs from his 2nd album, and also sum of his previous songs.
Concert associate has stated, "We expect many excited fans for the hologram concert in Seoul as we had great success in Japan. This will become another special gift Jaejoong has prepared for his fans."

The tickets for '2016 KIM JAE JOONG 2ND ALBUM HOLOGRAM REAL LIVE' will be open for sale at 8pm on March 3.


April 9, virtual concert by
Now I can meet in Seoul.

This is the correct venue; holds up to 3,000 they say but depends on how they arrange chaos http://www.ax-korea.co.kr/newhome/index.asp …
Via crystalmoon64 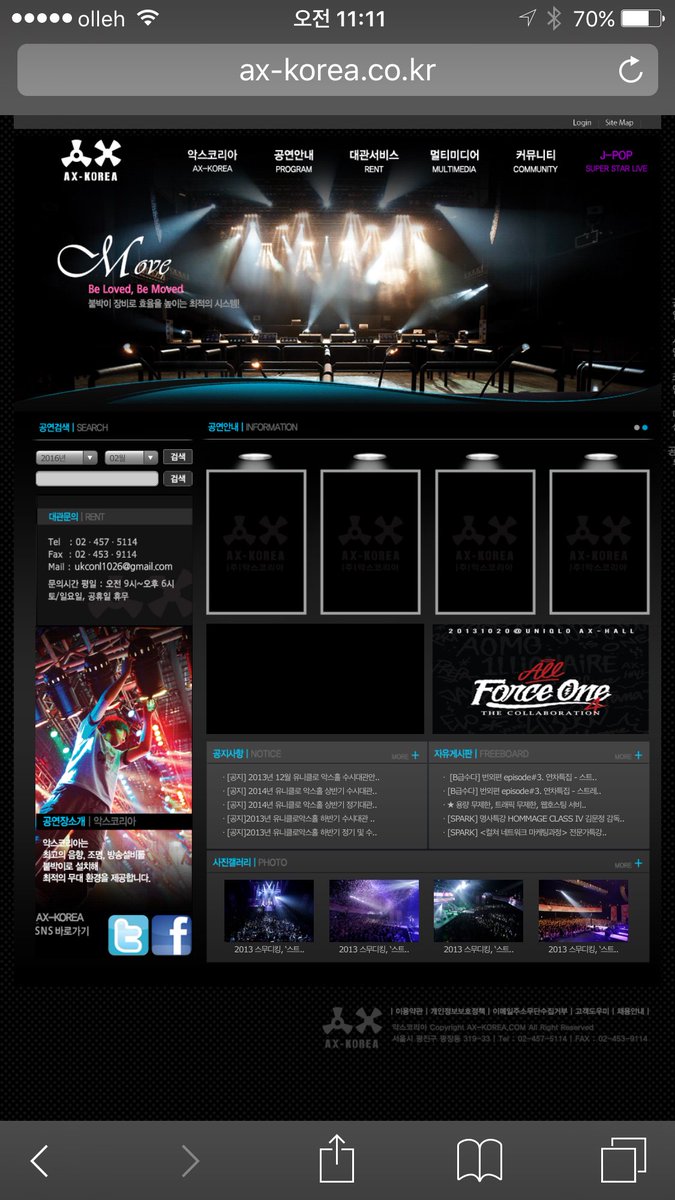 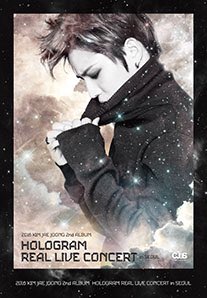 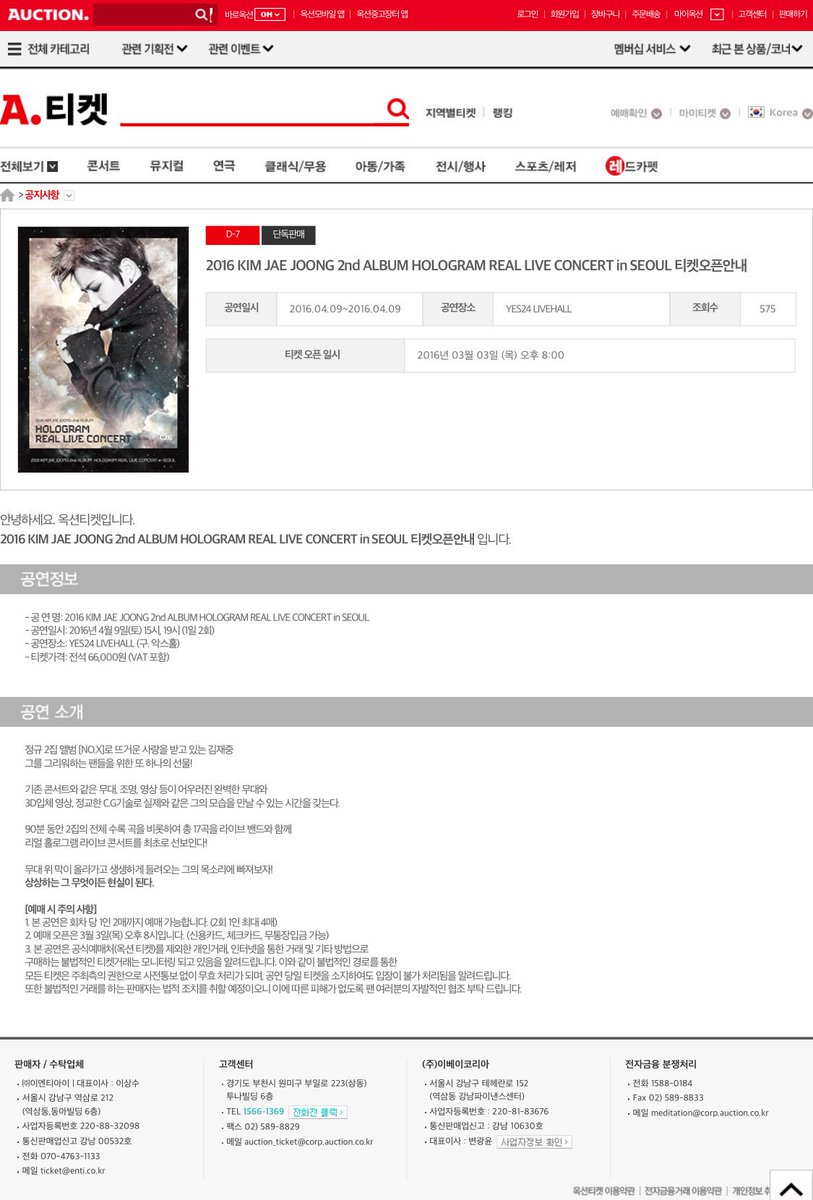 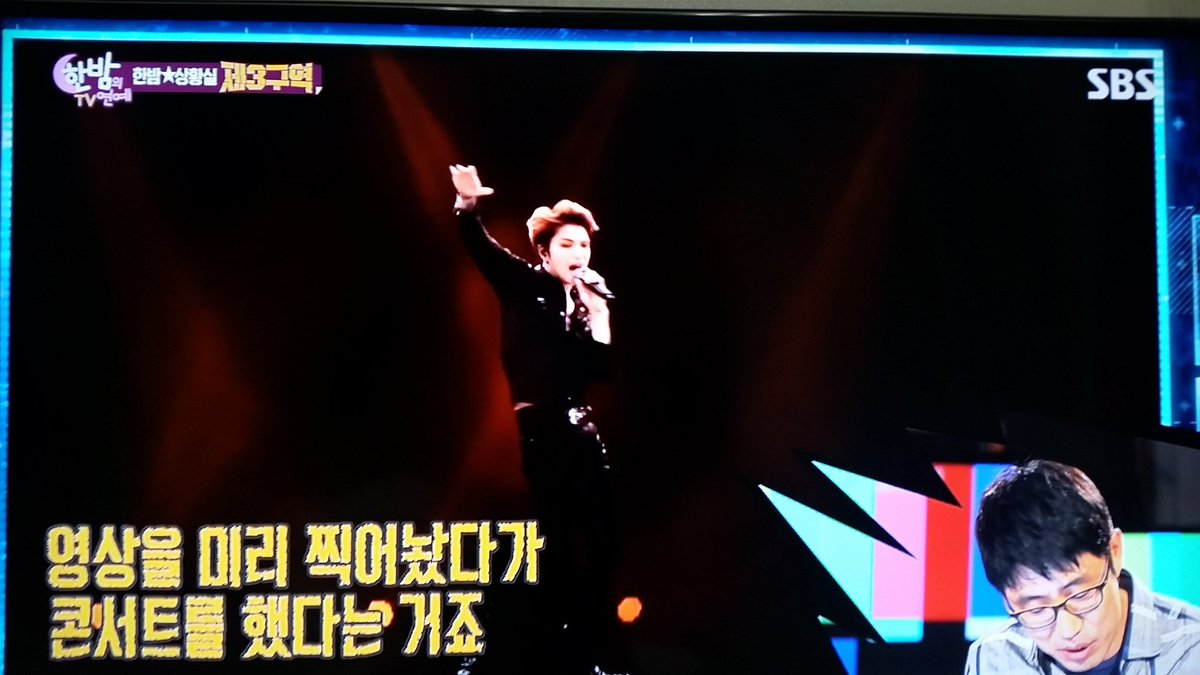 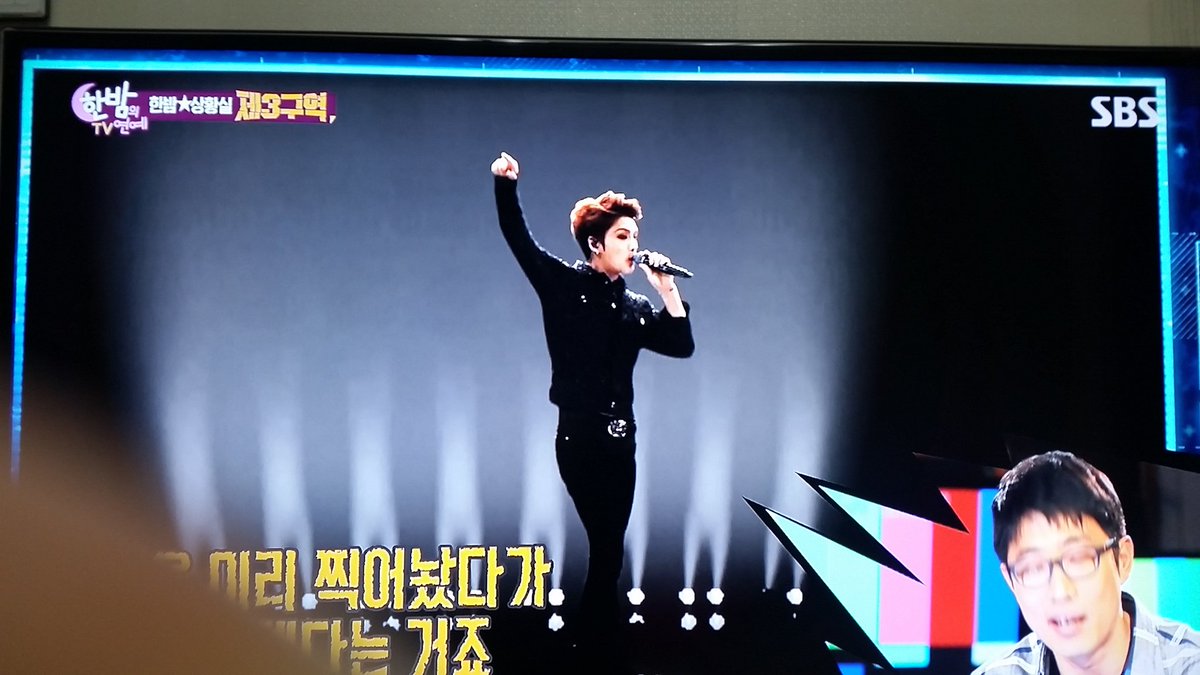 Top 10 most handsome visual members of all time 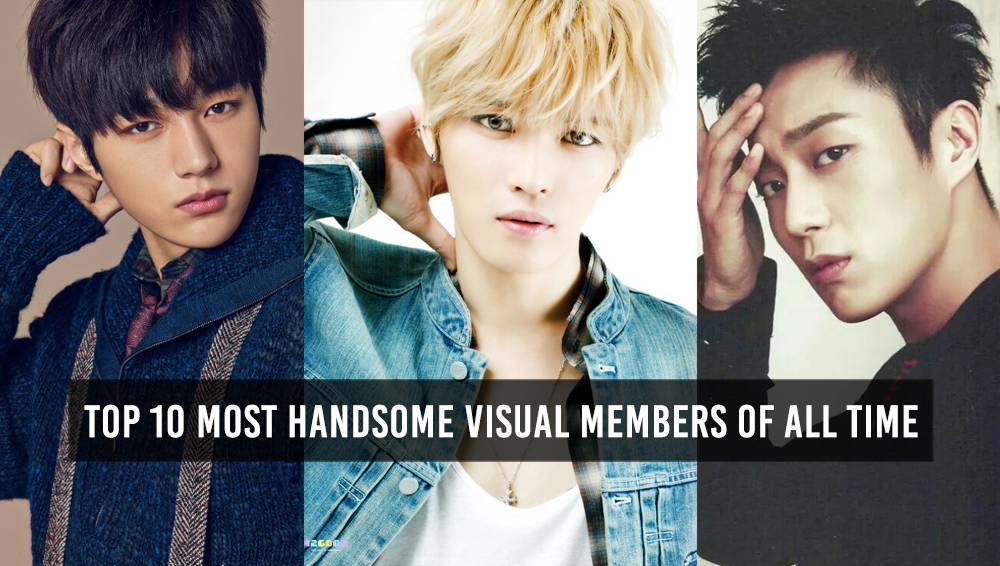 
Here are the top 10 most handsome visual members of all time and see if you agree!


From the customer to whom it was sent by cash on delivery,

The staff, will take responsibility and put it on all the sales board ^^


Really really Thank you very much for the happy letters as well!
#Jaejoong #NOX


T/N: the Sangenchaya Store included the elephant cut out notes when packaging for the albums and posters ordered online to be sent to the respective mailing addresses. The fans wrote and sent the notes to the store.

Everyone everyone is waiting.
We love you. We miss you.


Note: to even come in at the top 10 rankings of the wider category of CD Album clearly shows Jaejoong’s popularity.

Getting ready to be sent out with #NO.X CDs #김재중 #2집

.
We thank the K-Forces Media Staffs and Soldiers of 9th Infantry Div. for cooperation!


Today, in NHK Radio’s “Afternoon’s Mariya-ju” former Takurazaka (actress) Keaki Mori san talked about JYJ going through hardships, Junsu working hard in many musicals, and about though JYJ do not appear on TV, when they do concerts whichever venue hall it may be it is full house etc.  JYJ’s ♪Itsudatte kimi ni♪ flowed across the whole country＾＾


In Keaki Mori san’s words corner, she introduced those wonderful words Junsu recently said in his Ballad concert but… I don’t remember exactly [what it was], though at that time it was flowing in the tweets~ Keaki Mori san (said) about JYJ that their singing is really good right! and that there is a concert in Japan this time and definitely will go!＾＾


T/N: before this Keaki Mori san just mentioned about what happenned in the past when tohoshinki broke up and became two membered THSK and three membered JYJ. She said since she is a fan she is well versed in this topic.


[…]
to say why Junsu san said those words in his concert,
that he doesn’t appear on shows
“think that our precedents have not been able to do that
even now, like this many audience come to see our performance
this time as well, (will) not look back on the past.
The members are here, the fans who love me are here.
Received the miracle like cheers/support.
Well, though at that time I spend splendid youthful days as tohoshinki
but that, more than being discouraged by what i have lost,
I am grateful of what I have gained.
I really think that I am happy”
he conveyed these words


this, i really think these words are priceless.
definitely, confusion makes a person mature.
But that is for those who do not forget great efforts and their wholesome self.
for them only.
and the result of that
accepting everything that you have experienced and
to the point of being able to be grateful for that,
I thought that
he became a wholesome person, artist, man.
Since I am a fan, I think that I am happy (for that)
Man: you’d become a fan because of this
That is right. I became a fan because of this kind of way of existence as well.
Well, concert as well. he will be coming to Japan soon.
I as well, will for sure be going to attend.
Woman: oh to see Junsu?
[…] 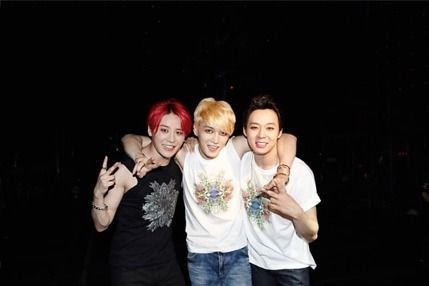 
[..]
Today’s YOKAN was
late
Documents for the tour next month has arrived so
do the check and adjustment,
besides indulging in accordance to high speed arrange♪
Because it’s Orchestra composition it will take time as well
With this occasion, it is a situation in which can not catch up to one day one song…
Other schedule as well
It is tough while managing but
I will work hard while looking forward to it
Everyone
(spent) a splendid day with smiles
#Harajuku #Omotesando #harajuku #omotesando#OhaYokan
#morning #morning #morning_run #running #cloudy#viviennewestwood #instagram #instdaily


Note: RT and reply to a fan

.
“Place to come while I’m on my break! Thank you so much” – Kim Jaejoong (JJ definitely changed his autograph^^)

.
“Came by here coz it’s my break. I like here. Delicious” – Kim Jaejoong

.
“Love you and miss you my Japanese fans! Thank you!” – Kim Jaejoong

.
Jaejoong came by last night, he was really happy and boasted about placing 2nd place at Music Bank to the owner

.
Kimchi the owner sliced for Kim Jaejoong he loved it!!!!

.
“This is Jaejoong :)”  Kim Jaejoong shared he gained 17kg since enlistment! Owner said he looks much much much more handsome^^


Thanks to my nice unnie
These are signed personally by Yuchun-ssi
Address to written down one by one
The signs given at home.
One by one a short message
He seemed to have a really good-natured disposition…
Unconsciously cheered (for you).


Yuchun-ssi.
The times that you’ve worked hard all the while
I believe you will be rewarded with a greater happiness.
Along with Junsu-ssi and Jaejoong-ssi
May the year 2016 become full of happiness!! For the children and for me
Cool gifts..Thanks!!!

Source: from_sky_to_the_hill
Translated by: rilanna of JYJ3
Shared by: JYJ3 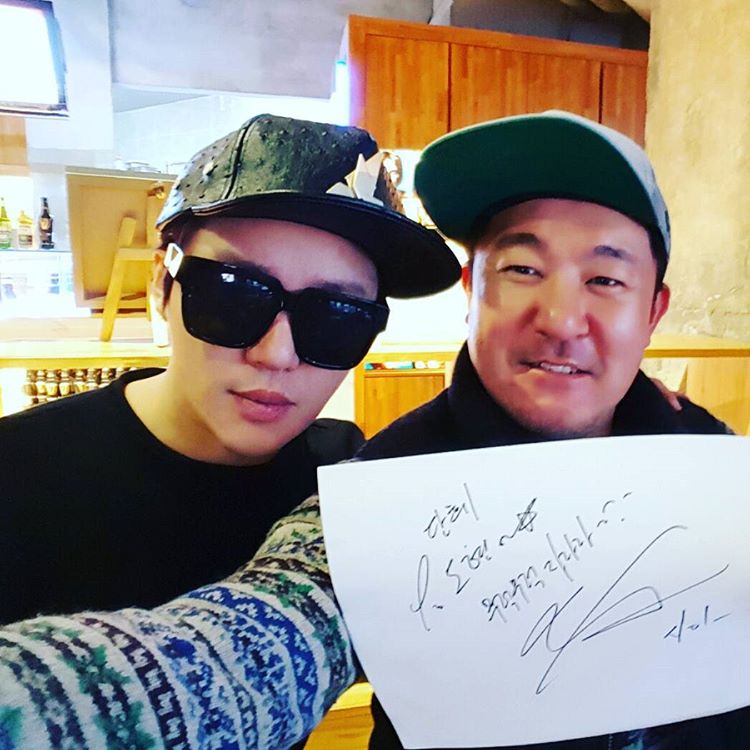 Tower Records one is general charts. not Kpop category^^ All songs in NO.X are written in KR, but JJ won
via ayano_jyj 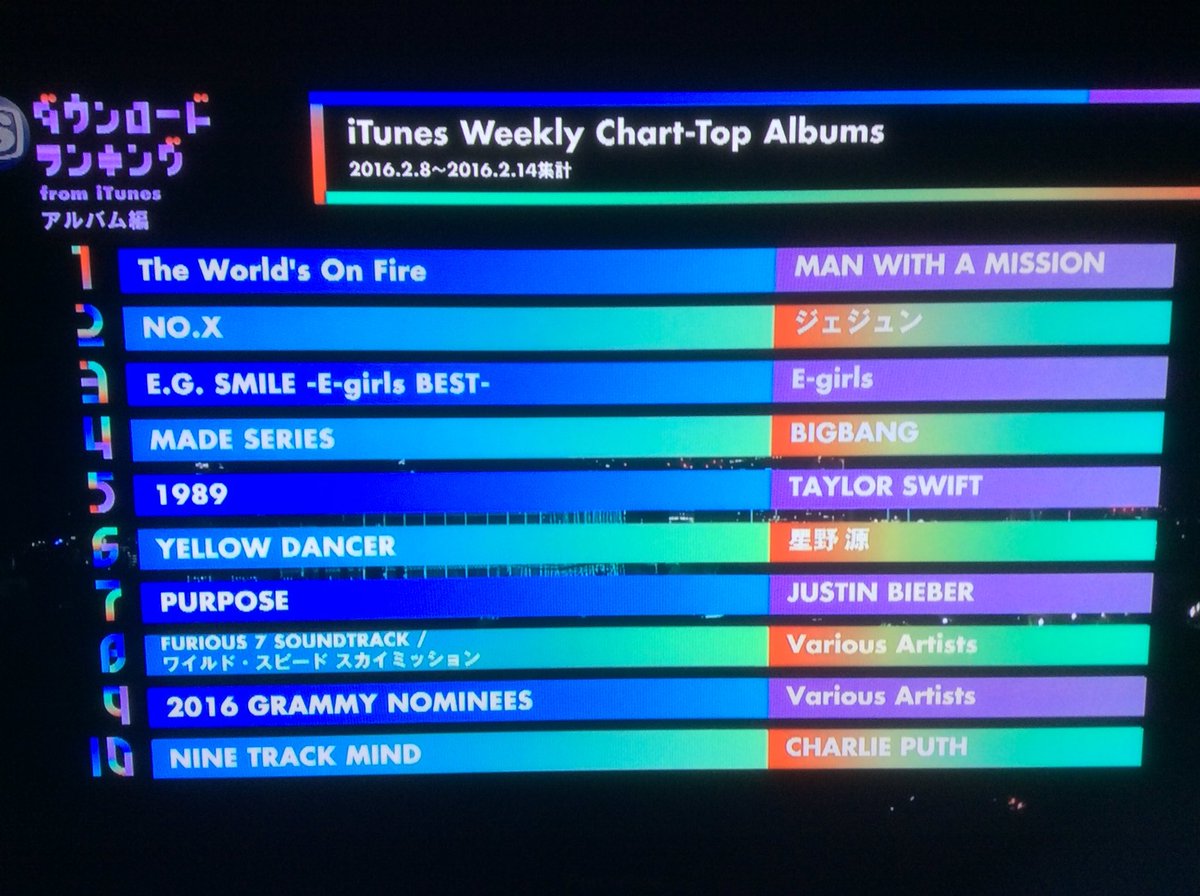 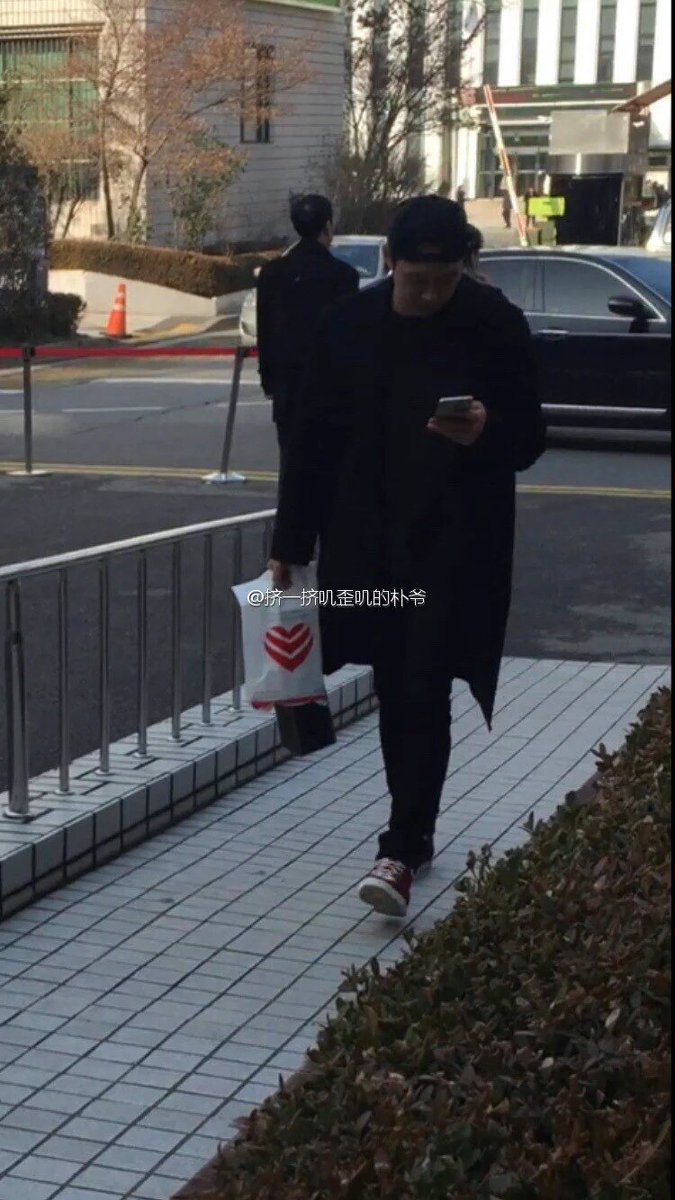 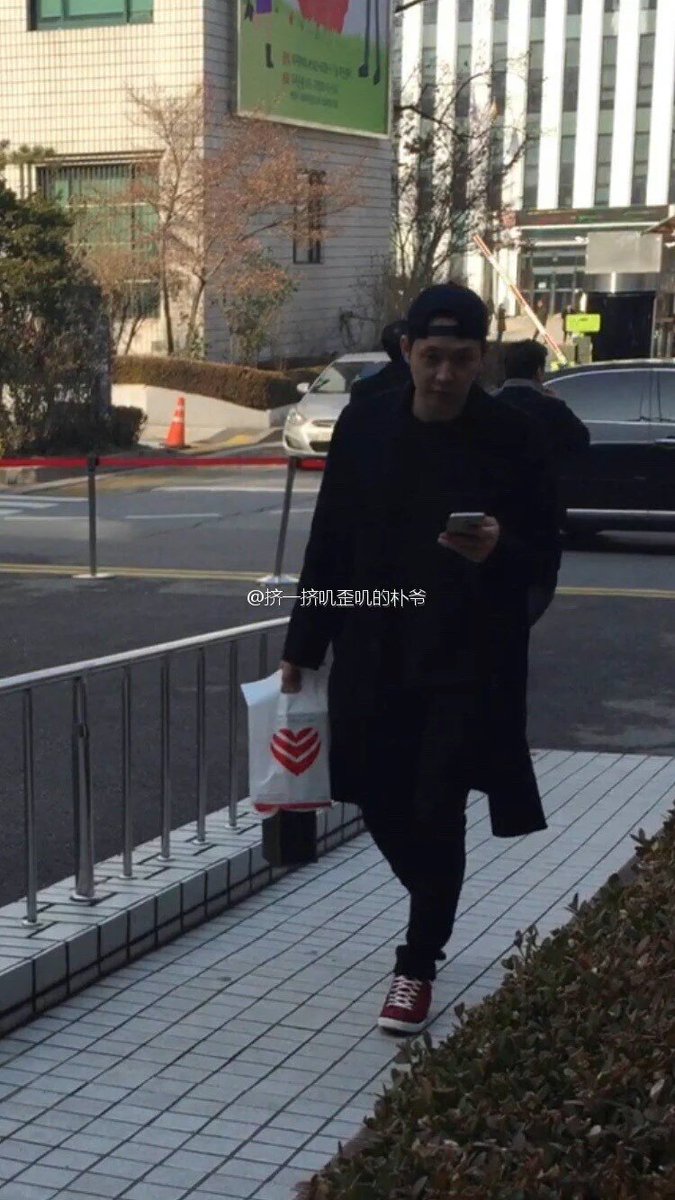 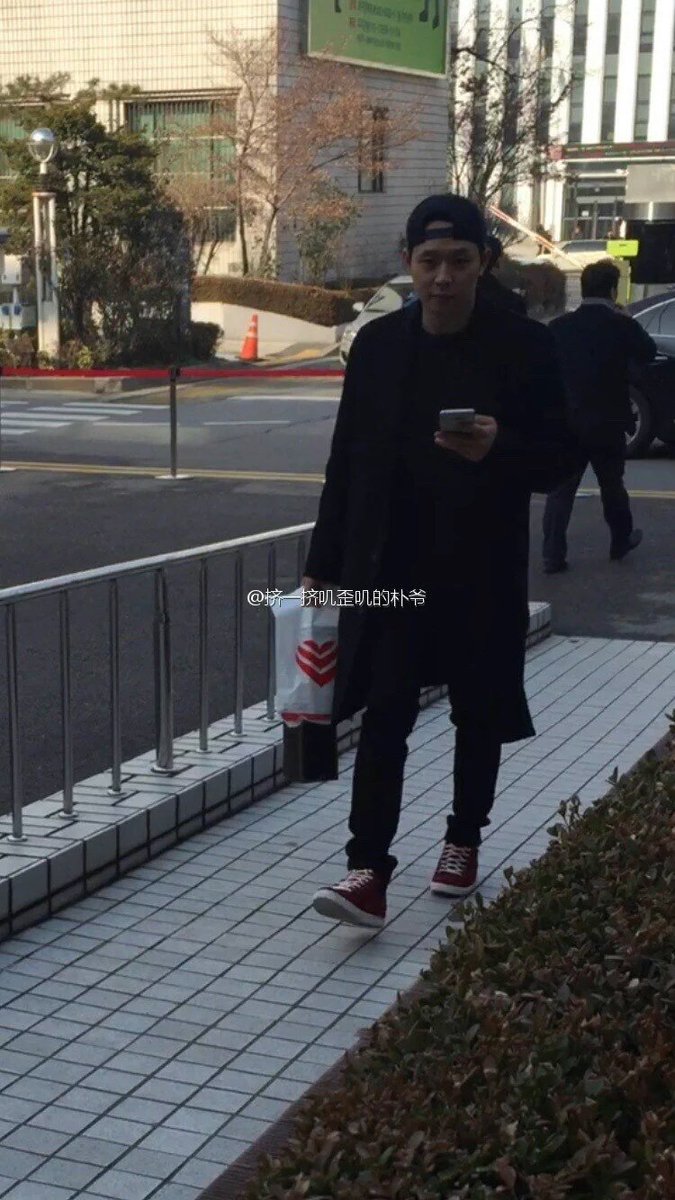 #김재중 's sincere words included in the lyrics of his new songs impress the fans http://m.entertain.naver.com/read?oid=468&aid=0000117124&spi_ref=m_search_twitter … 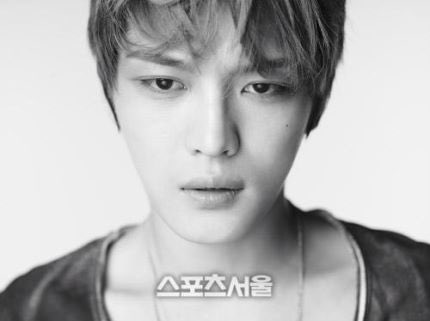 Junsu of JYJ received the grand prize at the “2016 Edaily Culture Awards” on Friday, consolidating his position in the musical theater scene.

One of Junsu’s well-known musical works titled “Death Note” was selected as the best musical of the year. He went up to stage to receive the trophy on behalf of the whole team.

“I am honored to be given such a grand prize. I want to share this glory with all the staff members and actors who starred in Death Note,” he said.

Junsu started off as a K-pop artist through the group TVXQ and later created the trio JYJ. Due to his excellent singing abilities, he was given the chance to star in various musical pieces including “Dracula,” “Death Note,” “Elizabeth,” and more.