I really like that I see many review about TGWSS n most of it are a good review n like I said before on my previous article that it might be the last article I make for TGWSS so I was trying so hard for not making this but I can't resist it. XD. So as usual coz I'm not a blogger (this blog only for save everything I make about ChunNi) or Kdrama reviewers, I only make comments for things that interesting for me and have fun with it, not for the "technical aspect" of this drama. This article is made  from the eyes of a fans (Chunsa). Oh yeah, I make this without looking for whatever happen on Eps.2. 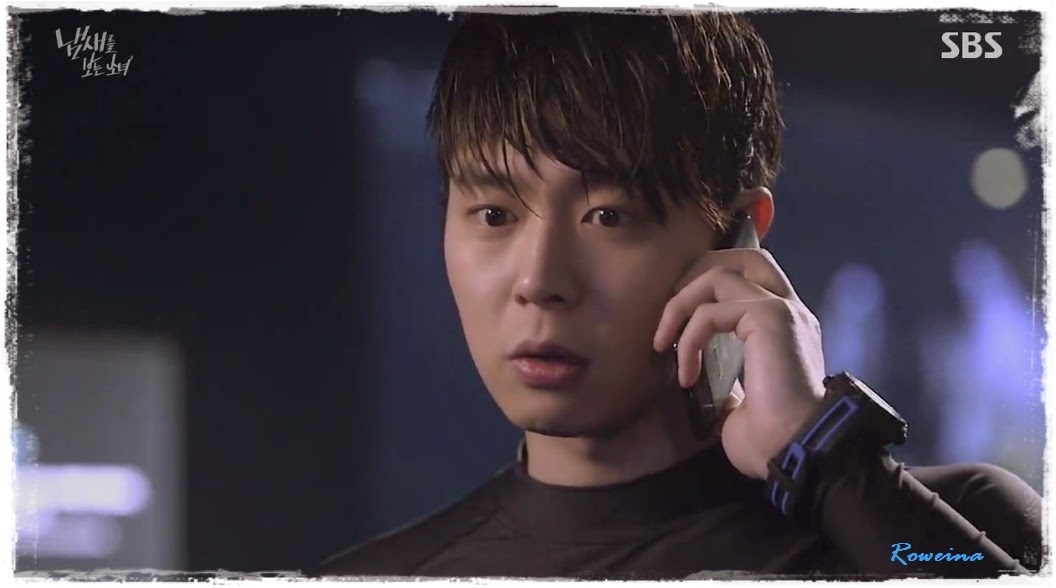 The 1st time see ChunNi’s character popped in is important. XD....Kyaaa....Mu Gak is so cute. There were 2 times before that he had wet hair but this time is the 1st time coz of his job. XD....Sexy Wet Hair. Unfortunatelly we didn’t get full close up of his body wore that diving suit. LOL


Same like RTP, we also got a cry scene from ChunNi on 1st eps. But this time I think it’s more tragic. 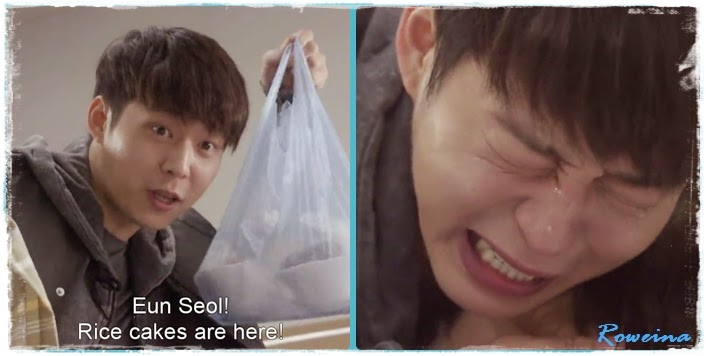 We didn’t know yet how close their relationship but from Mu Gak’s convo with his boss that he might faint if he see even a tiny gash oh his sister’s face. We knew that it must be a very close relationship. So, it’s a very drastic change of emotion. From the cute Eun Seol aahh....then shock n crying. I like his crying scene....Can U feel his emotion?

ChunNi’s drama without eating scene is a NO NO. XD 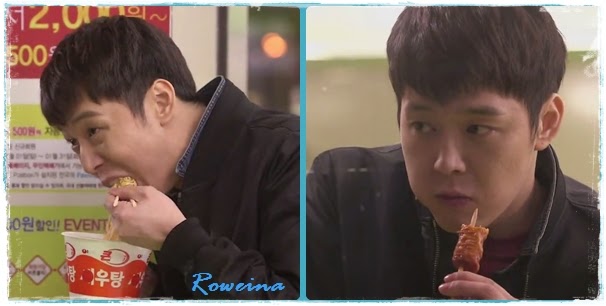 N this time is more than usual coz he’s Mugak the Glutton. So, we will get his eating scene on each episode? LOL

After eating, we also need drinking scene right? XD...Just a common way of drinking but the reaction from others that really interesting, hehehe.... 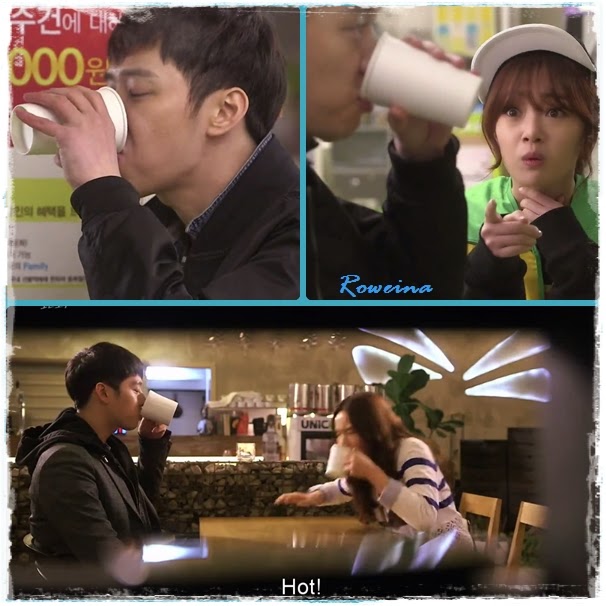 N this one is epic. LOL 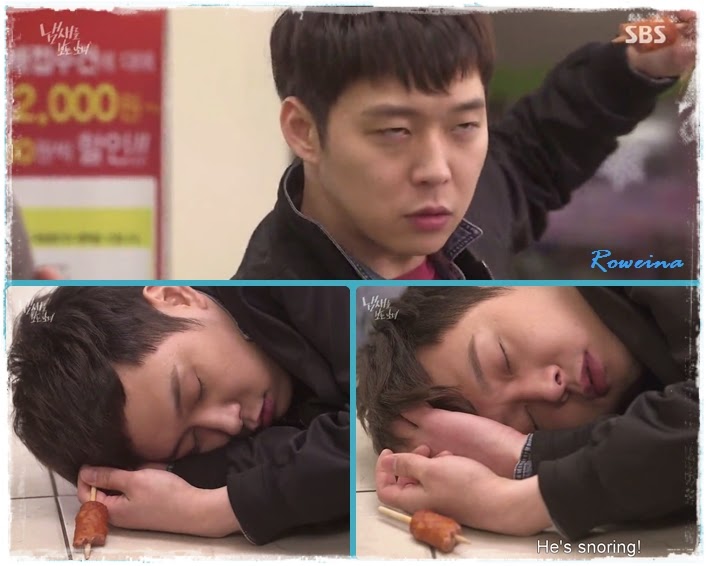 Is there any police character in Kdrama that felt sleep while want to arrest a criminal? LOL.....OMG...this scene is so funny.   When we’re ready to see a police arrest a criminal and even if he get interruption, we never think this will happen. Suddenly we see his eyes become like that n he felt a sleep and really sleeping coz he’s snoring. Wkwkwkwk.....A bonus from ChunNi. XD 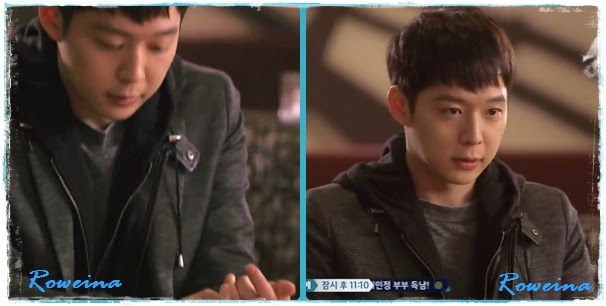 LOLing when saw this. 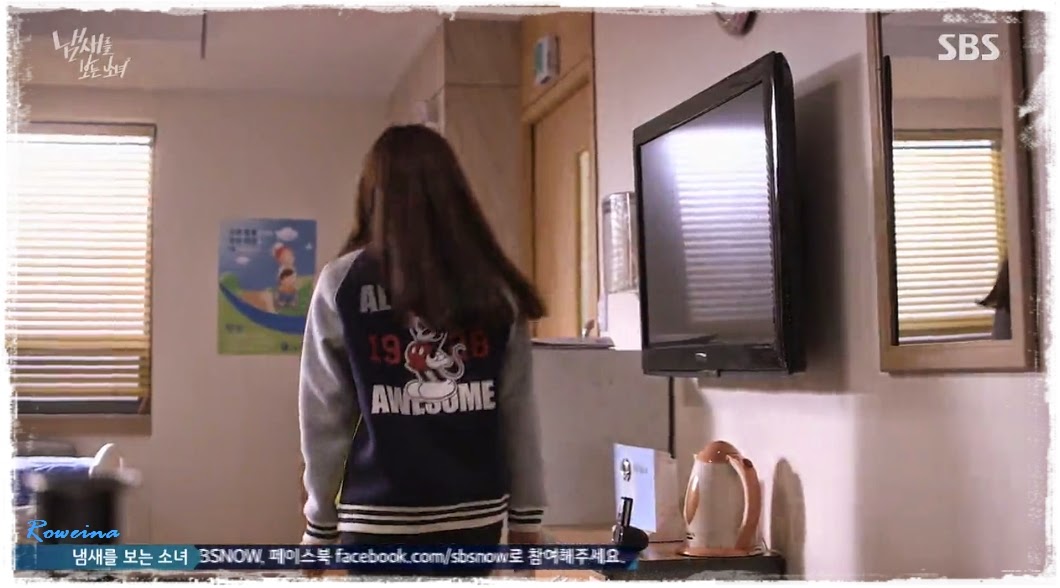 Is the head of costume department  a Chunsa? LOL....This time the Mickey is really big, different with the others Mickey on previous drama that U could miss it. This time Mickey is AWESOME. Cool. 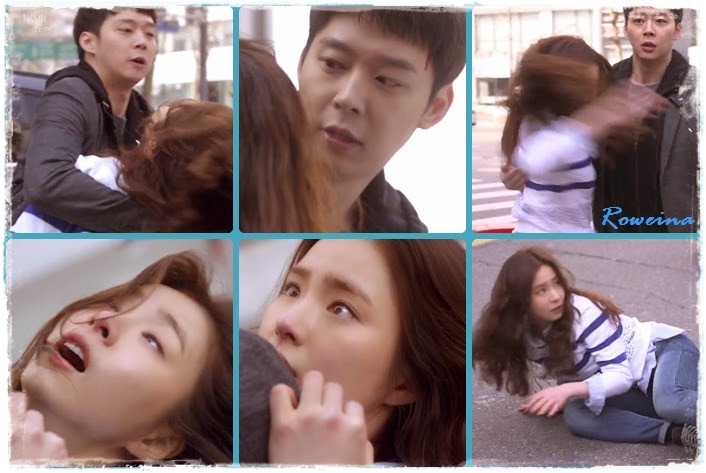 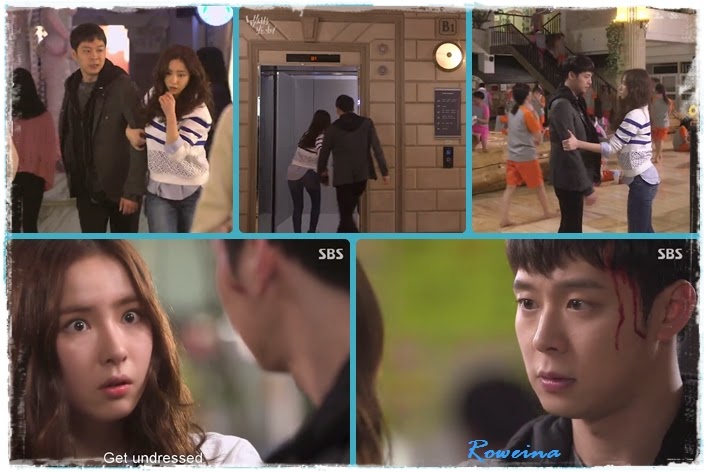 Did U think Mu Gak think other things when Cho Rim ask to get undressed? LOL.....Look at his eyebrow, it’s  like said “What do you mean?” XD 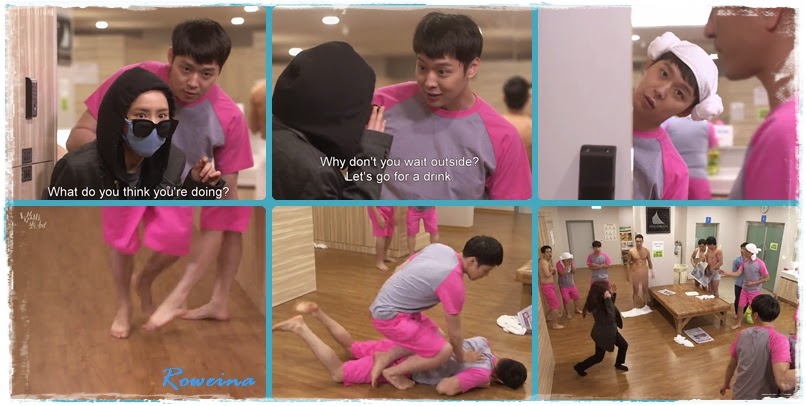 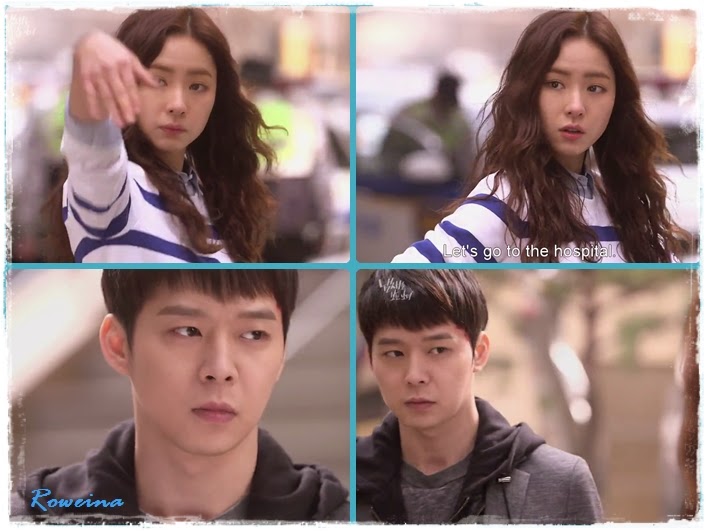 Just wave your hand, he will come to U. Hahaha....n he follow her order...XD 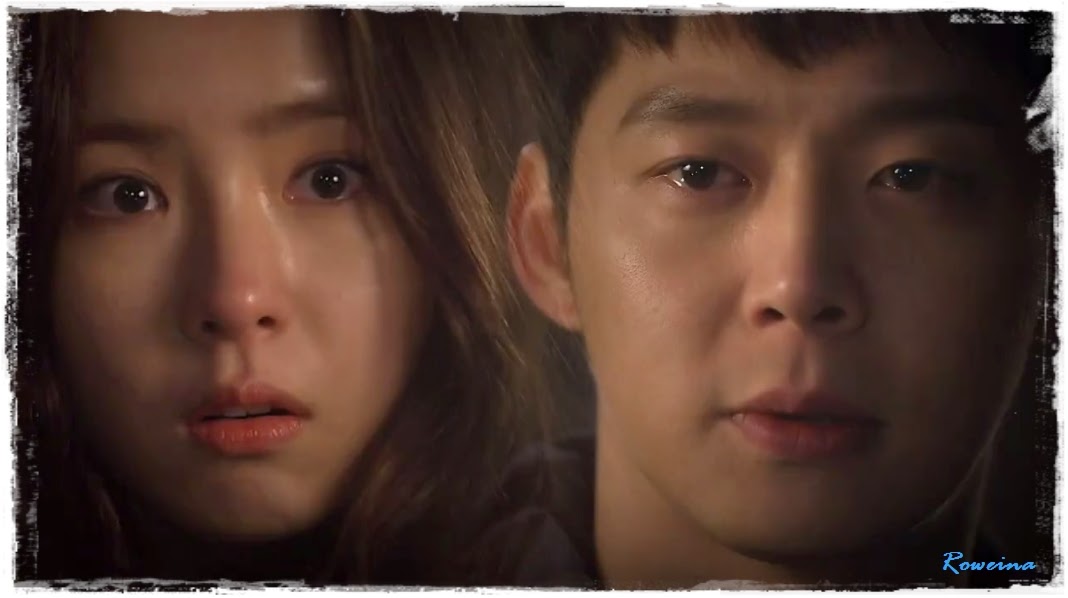 ChunNi’s teary eyes is something. I hope every episode ended on MuRim. Hehe....

The CGI is so good & pretty. It have different shapes. 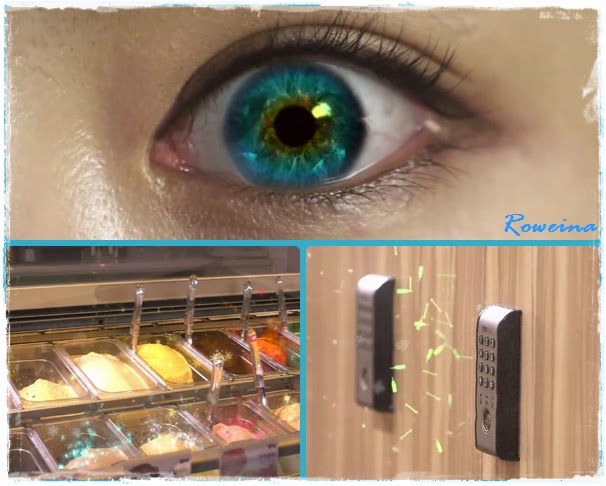 Cho Rim’s blue eyes is pretty. Btw, why BLUE? Coz ChunNi’s colour? LOL....I hope Cho Rim give Mu Gak a chance to see it n she won’t be sad that Mu Gak will scare to see it. 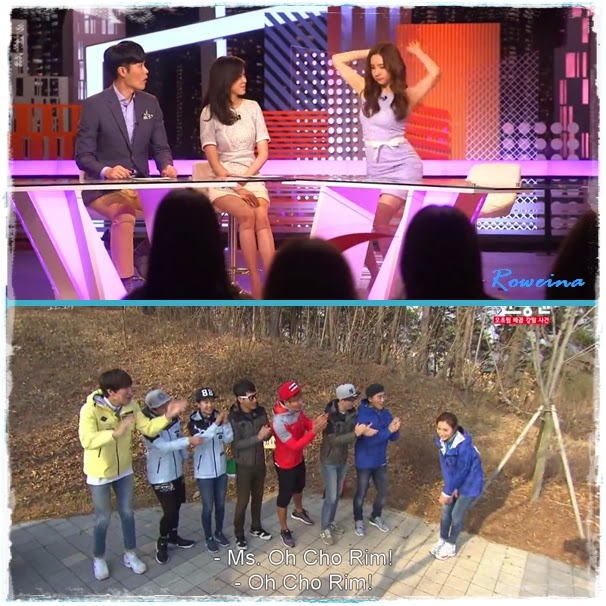 I didn’t expect Cho Rim dance like that. hahaha...coz she looks calm sitting n answering interview. LOL....The dress is pretty. It’s not because it’s Purple. LOL...n the thing that never ever think will happen, Running Man as a cameo. Hahaha.....I knew about SSK will be RM’s guest but never think that SBS put it on this drama. Hahaha....ChunNi couldn’t be in variety show, so bring it into his drama. 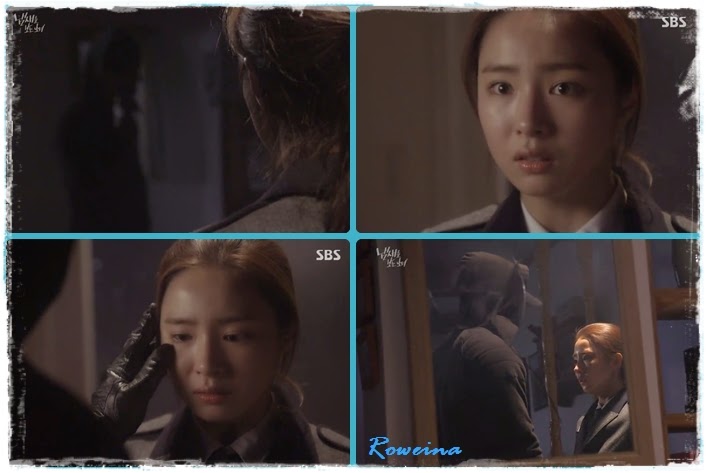 Did Cho Rim see the murderer’s face? Coz it’s dark n even if she look at his face. Will she remember it? At the moment like that I think her mind isn’t there. Became dumfounded. N when he walk to her, her eyes’s position was on his chest, she didn’t look at him. N our 1st suspect is Jae Hee coz of his body gesture. N gosh.....why he touch her hair n face. It’s so creepy. 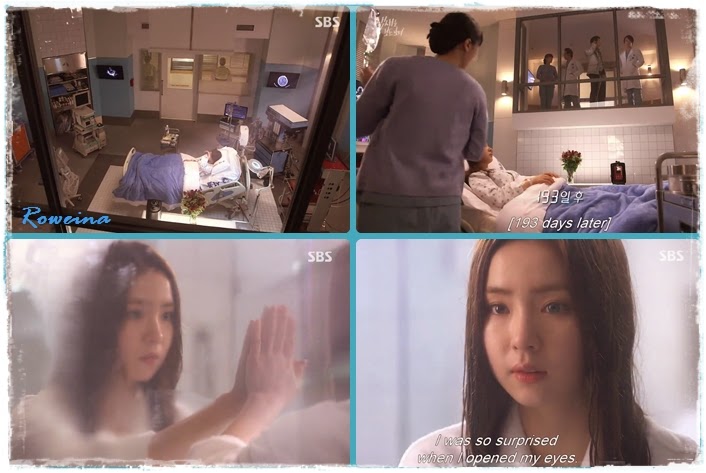 I think Cho Rim was on witness protection. There were 2 police guard her outside her room. But I don’t know that I’m still thinking it’s not a common hospital room. I know she’s in coma, but I think even for people in coma, their room will be like a common room, like the room Cho Rim stay after she woke up from her coma. Her room is kinda like a room when U make an experiment. LOL...Especially with the observation room. N what’s with these number 1 , 3 , 9......Cho Rim woke up after 193 days. Then the locker number is 139. Writernim, U l ike those number? XD..

N the bathroom scene, it supposed to be she open all her clothes (webtoon) but I think a scene with she wipe the haze n just looking her face is good. Looking forward for scene when Mu Gak became in coma condition n he wake up n  lost his feel. 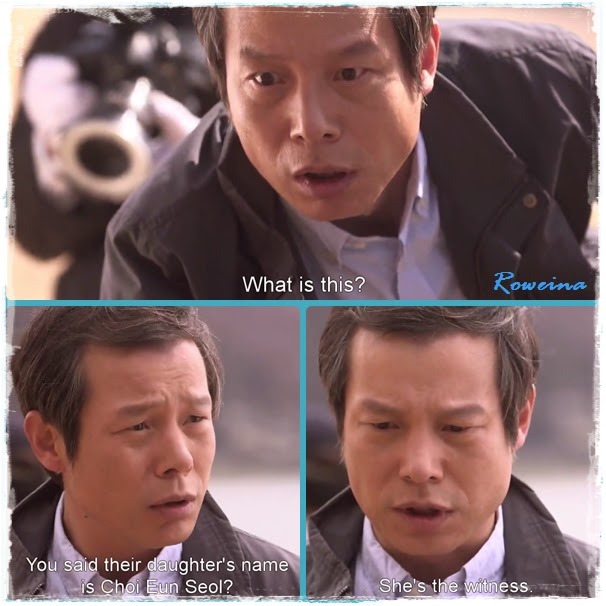 I think  Det. Oh know something that made him can make deduction that Cho Rim is the witness.  What’s with the name  Choi Eun Seol? Is there a crazy man who want to kill ALL girl whose name is Choi Eun Seol? XD... 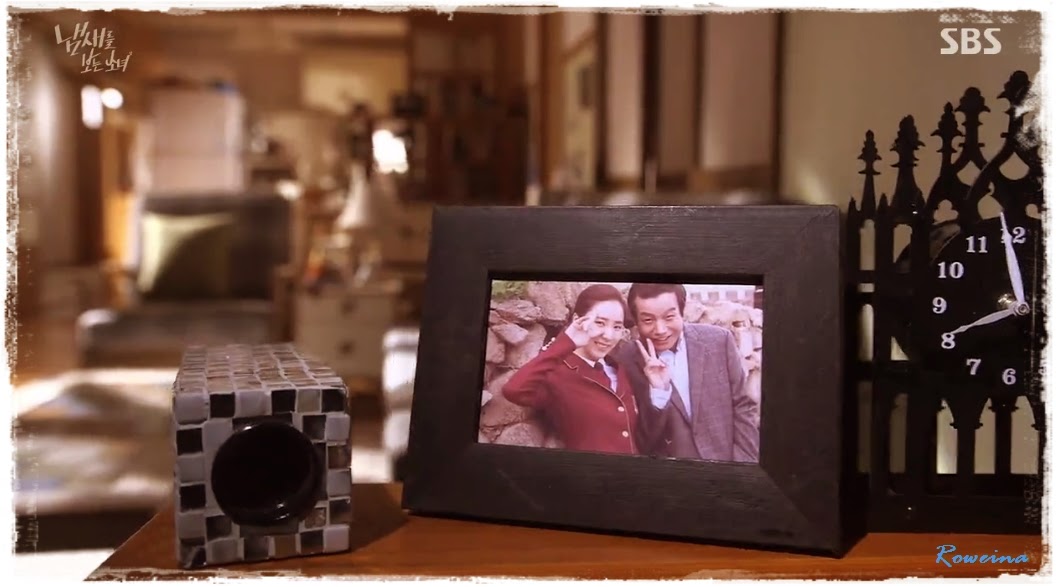 Coz he wants to protect her so he adopt her without telling her the truth. I wonder what he said to Cho Rim. Especially with no other pics. Maybe he told her that her mother die coz their house burnt so no more pics left? 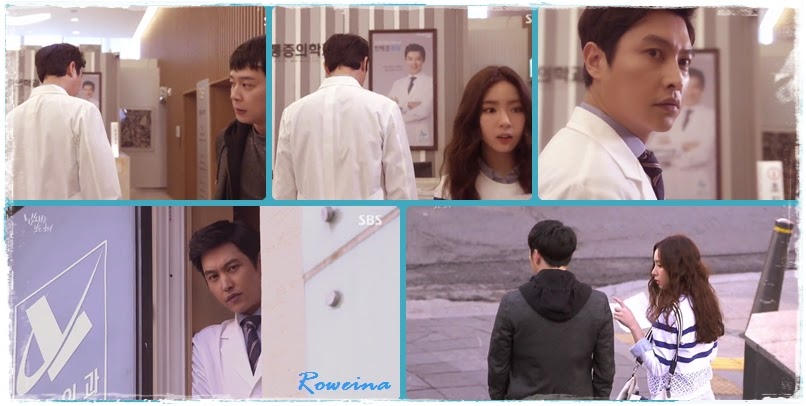 N the surprise thing from SBS....Didn’t see him before at 1st reading but I don’t know if SBS already put his name on the actor list or not coz I’m bad about K Artist name. XD

WOW...I thought we wont get the face of the BACK on 1st eps. OMG, who is he? He didn’t recognize Mu Gak but he recognize Cho Rim.

A good Pilot IMO, got many things. From the suspense, the sadness, the cuteness, funny...got a lot that so interesting to follow what next.

I hope I can make this till the last episode.