JYJ member Park Yoochun has scooped an award for his role in the movie “Sea Fog.” The film marked the star’s big screen debut.
The Korean Film Critics Association named Park Yoochun as the winner of the “Best New Male Actor” prize at the “34th Korean Film Critics Association Awards” on November 3. An awards ceremony will be held on November 13.
The critics seemed to be impressed by the JYJ star’s performance in the film, and were pleasantly surpised at how smoothly he has transitioned from a television actor into a movie star. As an actor, he has previously featured in TV dramas such as “Rooftop Prince” and “Miss Ripley.”
Indeed, despite the fact that “Sea Fog” has a strong cast that features the likes of Kim Yu Seok and Kim Sang Ho, Park Yoochun was adjudged to have very much held his own in the film.
“Sea Fog” has also been nominated for “Best Foreign Language Film” at the Academy Awards.


JYJ member and actor Yoochun was chosen as the “Best New Male Actor” by The Korean Film Critics Association Monday.

The prize was given for his big screen debut in “Sea Fog,” released in August.

According to local reports, the critics highly appreciated his performance as an actor from television dramas to films. Prior to his movie debut, the actor was praised for his smooth acting in “Sungkyunkwan Scandal,” “Miss Ripley” and “Missing You.”

His acting also gained spotlight in the movie “Sea Fog” when he effectively portrayed his character along with other famous senior actors including Kim Yoon-suk and Moon Seung-keun.

Yoochun will receive his prize at the 34th Korean Film Critics Association Awards scheduled to be held on Nov. 13.

Recognition for Park Yuchun as DongShik in HaeMoo

Yuchun won Best Rookie Actor for Haemoo at the 34th Korean Film Critics Awards. Ceremony will be on Nov 13. 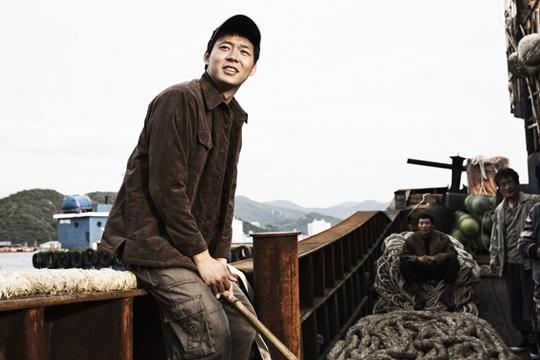 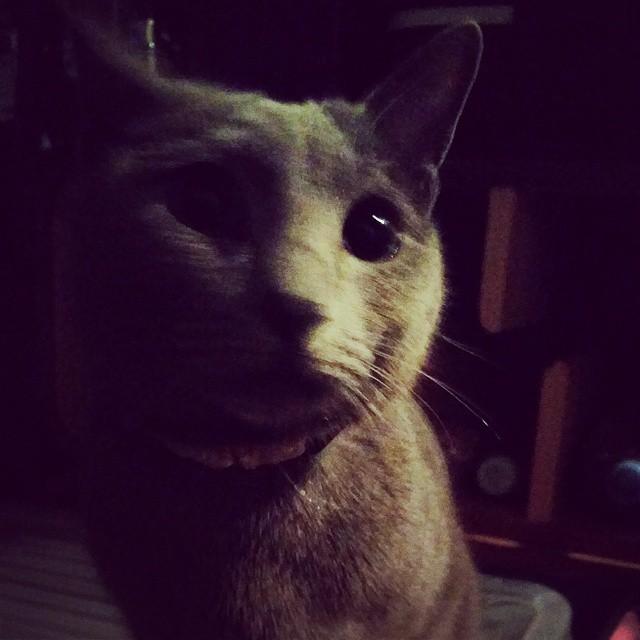 [TRANS] #김재중 gets to meet Jiji(in a long time). How would Jiji react to Jaejoong? Use your imagination, haha
from crystalmoon64 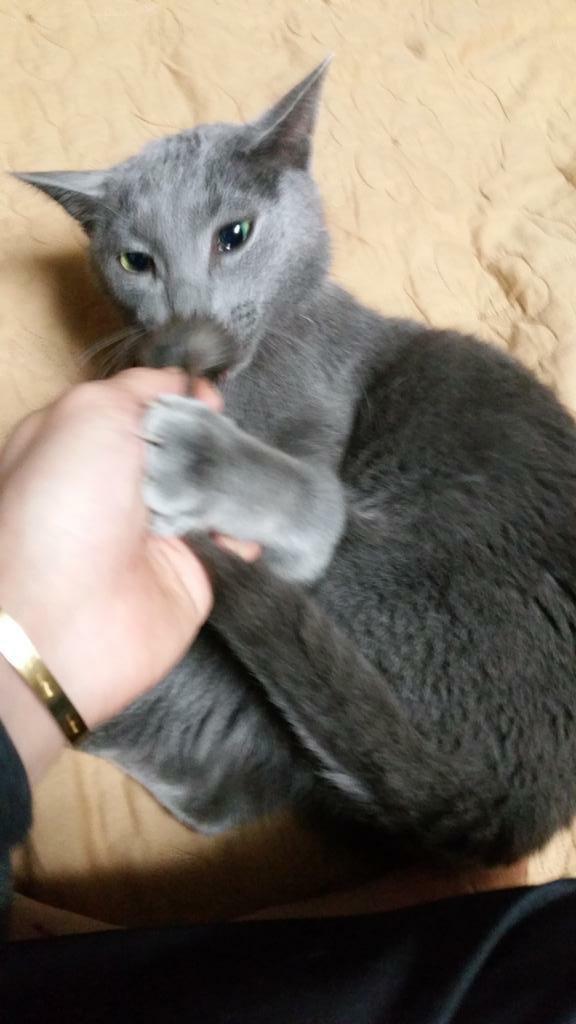 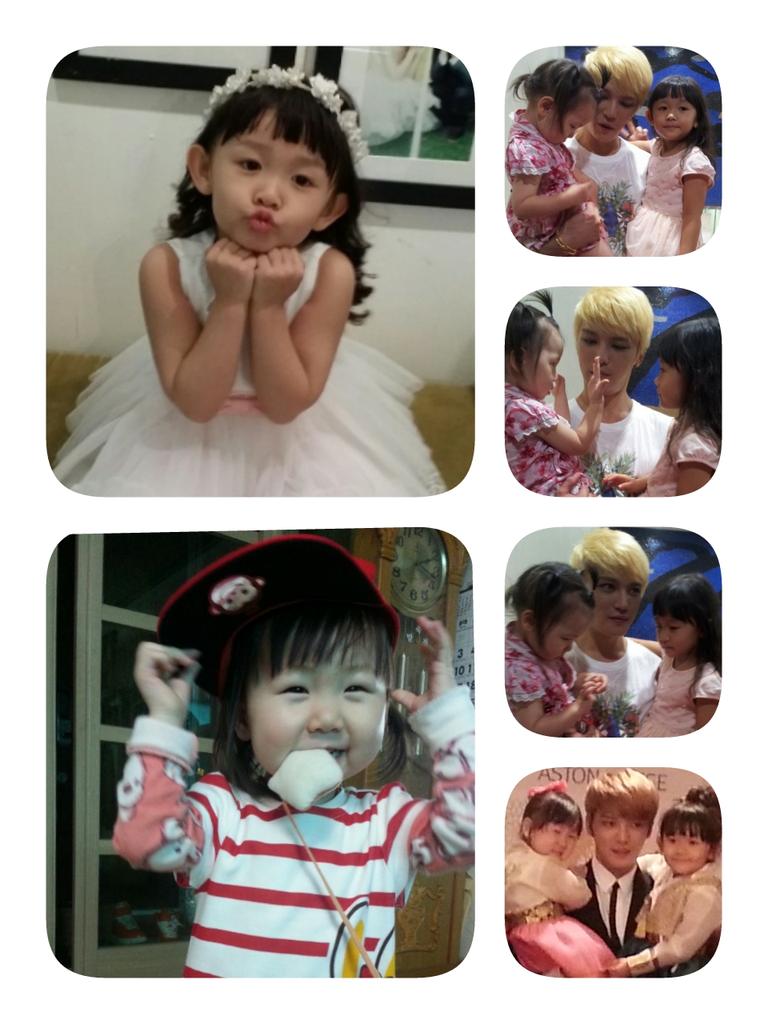 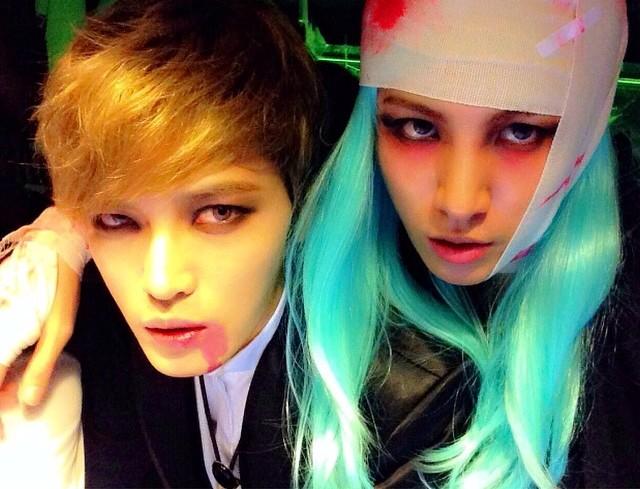 I fell in love with Jaejoong when he looked like this:

His signature hair cut
I just thought he was the most beautiful person in the world. He also broke the mold for what a lead singer could be. Before, the lead singers were known as the non-visual. Then, came Jaejoong, who was not only the lead singer, but also (in my opinion) the most handsome member out of the group. I was obsessed with him. I even wrote a fanfic and made him the perfect angsty lead character (who would do anything for love) because I thought he deserved nothing less. Sure, he had some weird looks during his time in Dongbangshinki…

But it was never as bad as Yoochun
Then there was the period of time when I couldn’t decide if I loved or hated his platinum blonde hair.

I watched this show 4 times in a row

Regardless of his hairstyle, I remained madly in love with him. Before, my celebrity crushes were on men who even I knew were too old for me (Lee Min Woo of Shinhwa T_T) but for the first time, I was mad crushing on someone close to my age. It somehow made it more realistic, as if something could actually happen. My plan was to go to back to Korea and wow him with my amazing personality, and if he didn’t fall in love with me (how could he not?) then I would just do this: 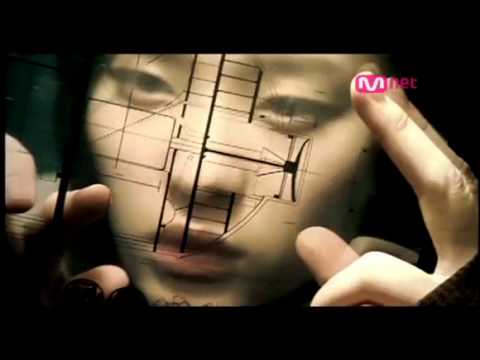 My favorite part was when she puts him in a washing machine. I wanted to put Jaejoong in a washing machine.
I think this is why I can tolerate crazy fan girls and their delusions. Mind you, I will call them out for being delusions, but when I read the crazy things they say, it reminds me of myself when I was younger and more interested in my fantasies than real life. I remember what I was like, and since I turned out (mostly) normal, I assume they will, too.
Then, of course, was the breakup which resulted in the heartbreak of fangirls everywhere, including myself. I knew people expected me to follow Jaejoong to the end with JYJ, but it was also around the time I was growing less interested in K-Pop. I just let everything go, including my so-called love for Jaejoong.
I would be like this for a few years until one of my friends introduced me to a show called “Hello Baby” and the group SHINee. Then, I plummeted back into the soul-sucking spiral that is K-Pop and started to work for Soompi. But that’s another story.
Although I had come back to Korea as my teenage self had planned, my goal wasn’t to kidnap Jaejoong anymore. I still kept an eye on him, reporting about the countless legal struggles his group would go through and writing about the dramas that he would be in. Even though his face changed quite a bit, I still saw the exotically handsome Jaejoong I had fallen in love with in my earlier years. I would remember how obsessed I was with him and joke about it with my co-workers, but it was all in the past.
Which was why it was so weird to be sitting in the same room with him, during a press conference for JYJ.

I regret very much that this was the best I could manage
I was representing Soompi at a press conference for JYJ. I was surrounded by Korean reporters who were eager to get a good shot of the group and get their questions answered, so I sat hidden by the cameras and the aggressive reporters. I felt really weird about the whole thing, a little guilty even. Not because I didn’t love him anymore, but because I was that obsessed with him, and some of my thoughts had not exactly been PG. I sat quietly, but inwardly I was very thankful that Jaejoong couldn’t read minds (I’m pretty sure he can’t) or he would know exactly what kind of feelings and thoughts I had about him.
I’m sorry I objectified you into a piece of delicious Korean meat, Jaejoong. I’m sorry I fantasized about putting you in a washing machine and watching you come out soaking wet and clean. I’m sorry I planned our wedding and all the details *ahem* of our honeymoon in Paris. I was young then, we were both young.
As I started thinking, I became startled to realize that I was exactly where my younger self had planned. This was the beginning of the fanfic I wanted my life to become!  I was now at the right age, looking not too shabby, and in a room with him. The plan was to make eye contact, connect with him telepathically, and linger in his mind for the conference until the end when I get up to leave and he chases me down saying, “I’ve never done this before, but I can’t stop thinking about you. Who are you?” I would then wink at him confidently saying, “I’m someone who doesn’t associates with bad-boy idols.” Then I would disappear, and he would be thinking about me until one day when we coincidentally meet at 7-Eleven (I’m buying toothpaste, he’s hiding from his fans). Then, you know, opposing mother-in-laws, a nosy manager, miscommunication and poor timing, an introduction of a competitive love interest, blah blah, Korean drama cliff handers, and it ends with me being pregnant (twins).
I never said I had been a good fanfic writer.
While I marveled at the imagination and accuracy of my younger self, the cameraman in the stripped shirt took down his equipment and stepped away. Suddenly, there were only chairs and space between me and Jaejoong. I realized that for the first time since he came into this room, he could see me.
Before I could do anything else, before I could react, I watched him look at one camera to another until he got to where I was out in the open. I watched him watch me. We made eye contact.
And I immediately looked down. By the time I dared to look back up, some other reporter had taken advantage of the open space, and I was hidden again.
I didn’t stay for the entire press conference, and no, he didn’t chase me down. There had been no connection, no fluttering of hearts. The moment had startled me, but I knew that even if I had had maintained eye contact, he would have just moved on to look around the room. He wouldn’t have thought a second of me; I was just a face in the crowd of flashing lights.
But to me, he was my Jaejoong, the one I spent the best years of my life pining after. The one that kept me distracted from real life boys, because I thought they couldn’t compare.
Even though I say that I don’t love him anymore, maybe, just maybe, I still have a tender spot in my heart for him.
After all, I still think about our moment whenever I see him.

CallMeN00NA is an editor at Soompi who will also be going out for Halloween. You can talk to her on Twitter, follow her on Instagram (scroll down for Jaejoong), and ask her questions.


*The opinions expressed in this editorial are solely those of the author.
Soompi 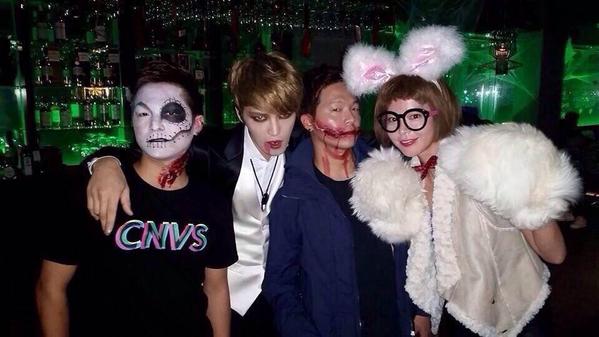 
Kang Yong-seok attracted attention and evoked astonishment, disclosing: “The most amount [someone] invested,  for everything, in Jeju-do is JYJ’s Kim Junsu. Although he built the hotel by putting almost 28.5 billion [won] into it, in Gangjeong-dong, there are not that many numbers of rooms but the rooms are all of the suite-class type; the hotel is very big.” 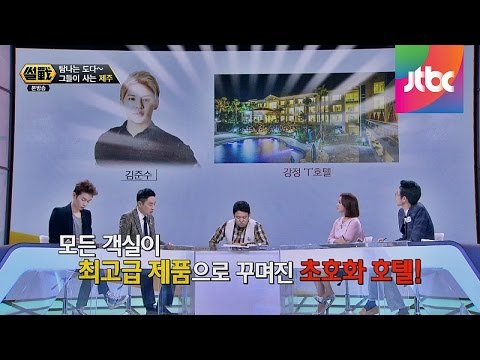 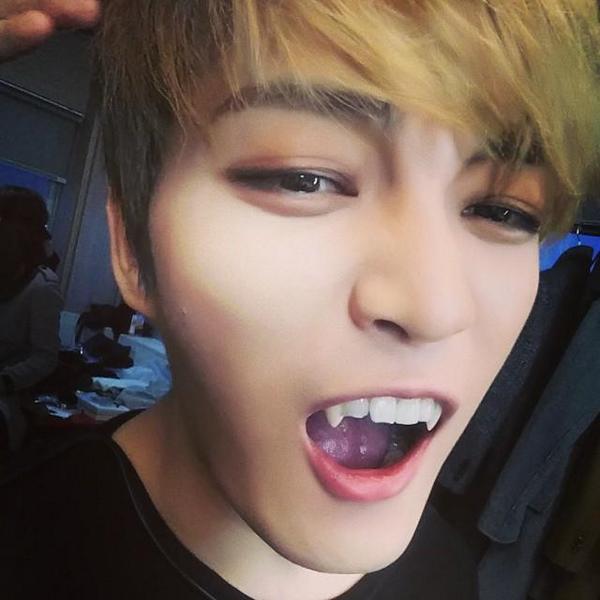 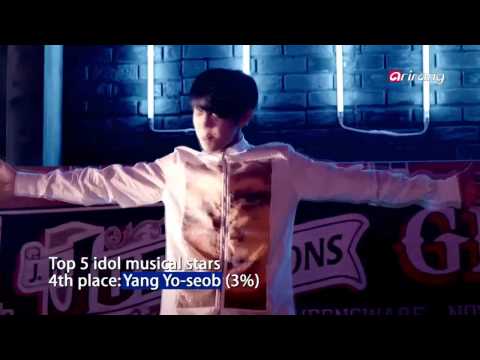 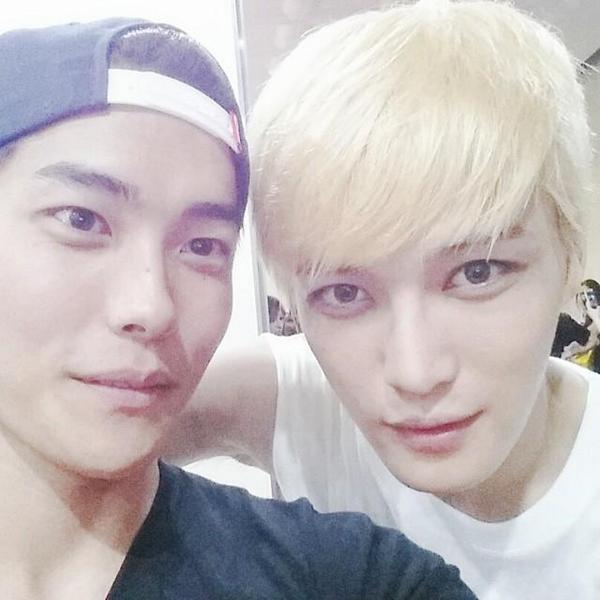 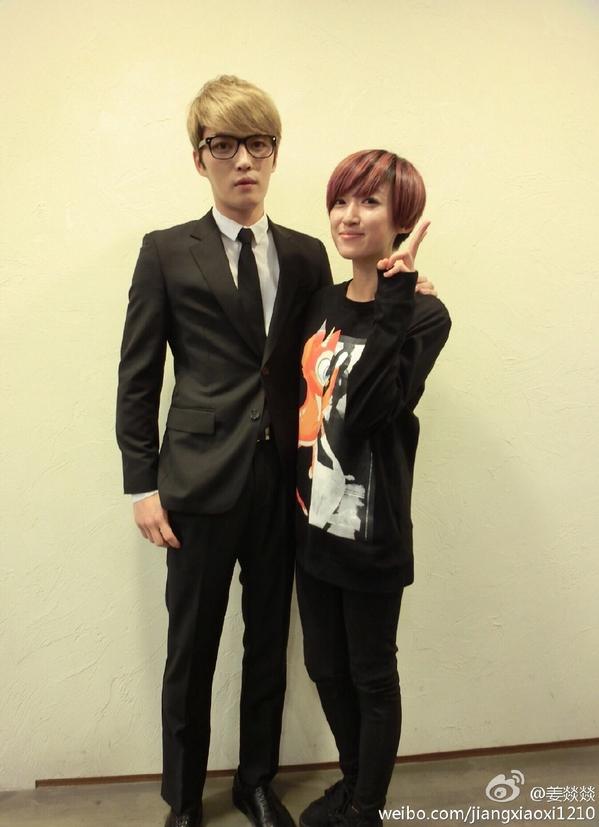 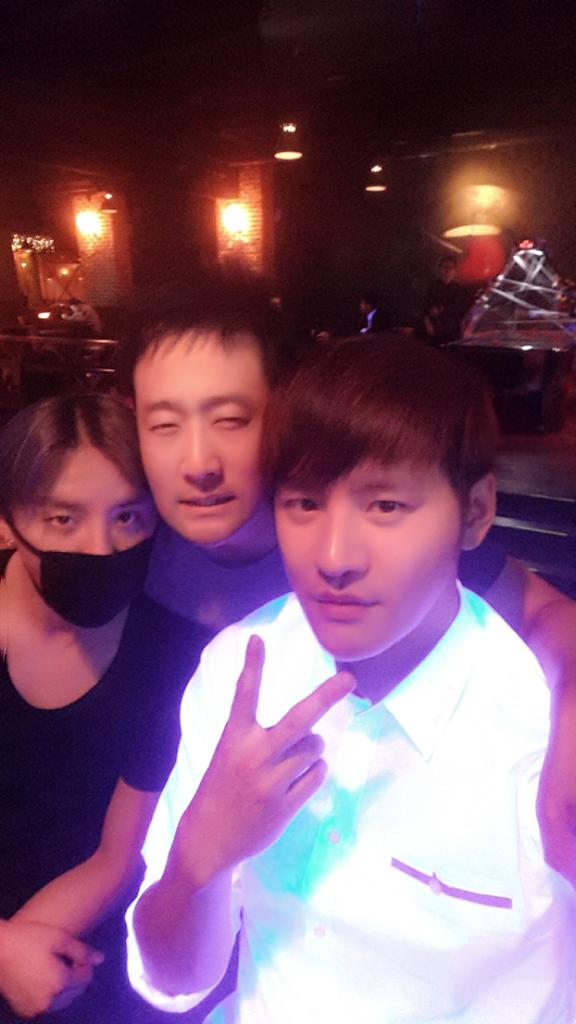 [INFO] Awesome Prizes and Freebies will only be available at the Premiere Screening for "HAEMOO" on November 10, 2014

Hurry and buy your tickets now!

To order your tickets, please fill up the form here:
https://docs.google.com/forms/d/1FinTl-0x1H0GFVJoHZ_533oq-9nR_z49ICkhDuXJvGU/viewform

JYJ on Kwave Magazine at Weibo 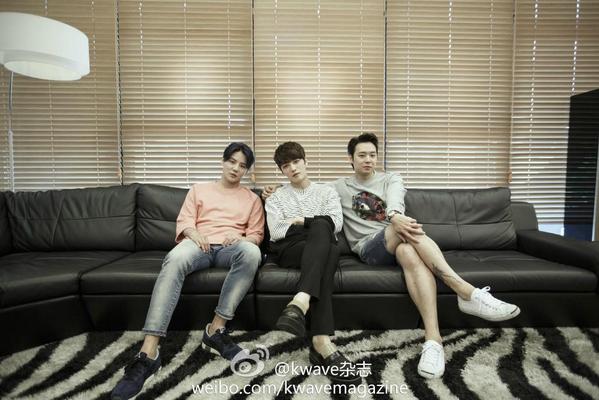 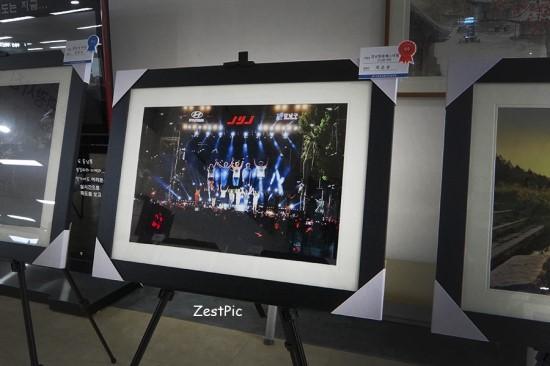 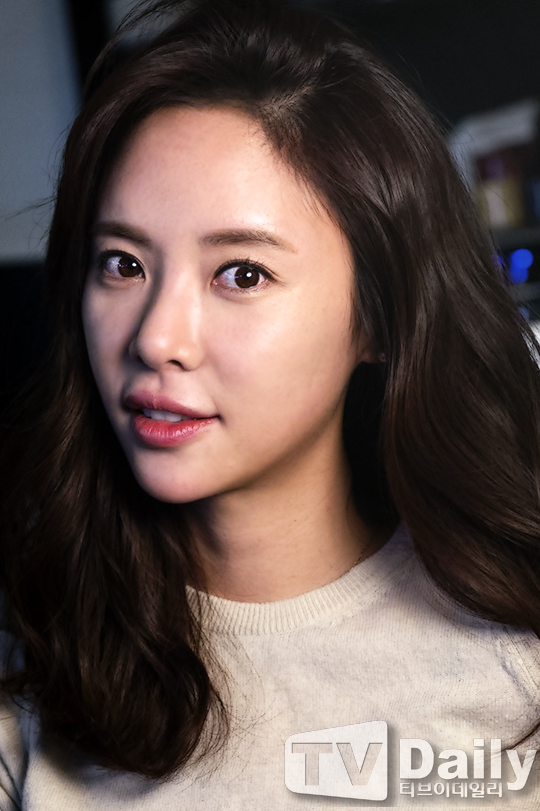 
Hwang Jung Eum said in an interview with TV Daily on October 27: “I communicate via mobile messenger with the actors & actresses from my agency.”


She attracted attention, saying, “Recently Jaejoongie invited me into a group [chat]room that gathered the family members of our agency. [...] If it’s your birthday, everyone, including our sunbae-nims [T/N: seniors], sends you a congratulatory message within the messenger. It’s like you have a[n online] family with your sunbaes and hoobaes [T/N: seniors and juniors] through it.”


Note: Hwang Jung Eum joined C-JeS Entertainment around late August. [see Soompi's article here]
Also, she was one of the people picked by Jaejoong to do the ALS Ice Bucket Challenge.