Korean celebs and their hot cars


Cars. For some, they're just a mode of transportation. For others, they're a badge of stylish SWAG. And for these Korean celebs who make it rain on the regular, an expensive, badass accessory on wheels is a fashion-must.

Check out this list of "Korean celebs and their hot cars" to see how they get around in style! (Note: Keep in mind that the prices listed are all a general estimate and are subject to change depending on the location, year, options, etc.)
Yoochun - Ferrari California

Owns multiple vehicles but his most expensive one is the Ferrari Calfornia. Cost: $230,000 USD.

Owns multiple vehicles but his most expensive one is the Rolls Royce Wraith. Cost: $420,000 USD.
Junsu - Lamborghini Aventador

Owns multiple vehicles but his most expensive one is the Lamborghini Aventador. Cost: $550,000 USD.
allkpop
Korean celebs and their hot cars http://www.allkpop.com/article/2016/10/korean-celebs-and-their-hot-cars via @allkpop

Seems like #김재중 is out for vacation: his handsomeness spotted by non-fans on streets of Seoul/cafe/restaurant ENVY m.dcinside.com/view.php?id=ja…

A friend of #김재중 shares photo of custom made NO.X Jaejoong Crystal Glass: Bacarrat is for fine liquor, no doubt  instagram.com/p/BL35E6ugac-/ 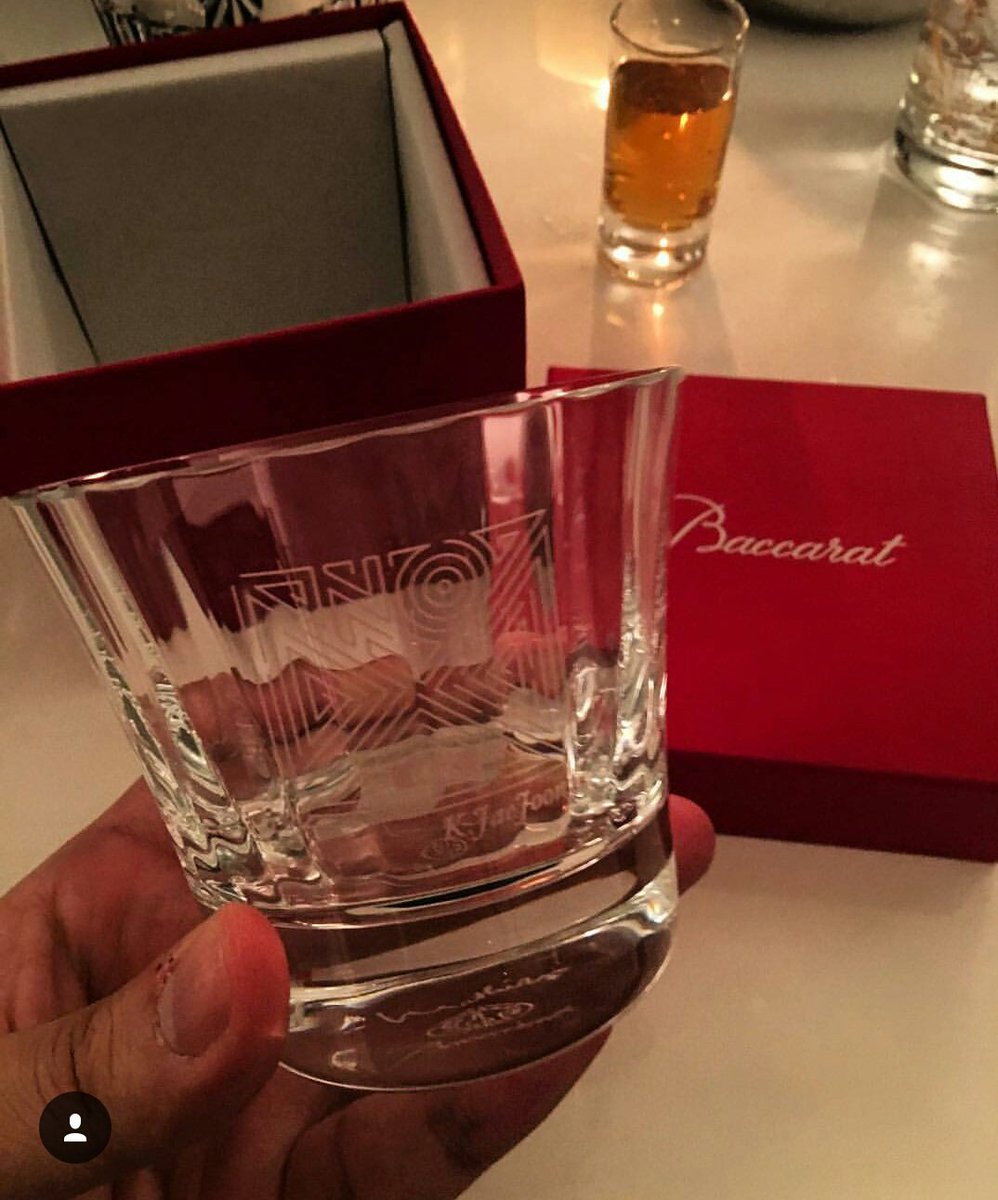 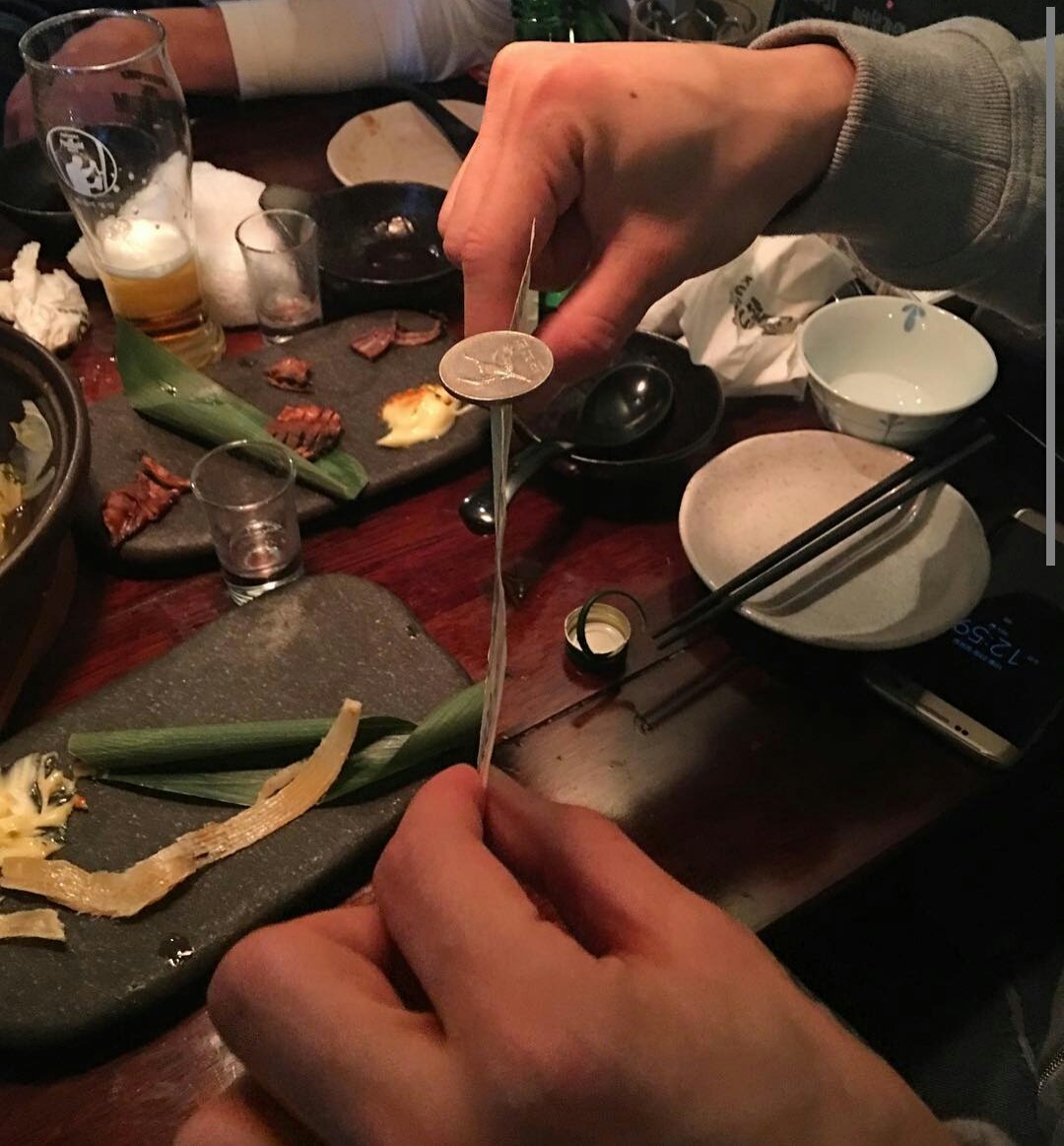 Sure...Note the mole at right hand...And the recent picture, the left hand has the treble clef (music note) tattoo... 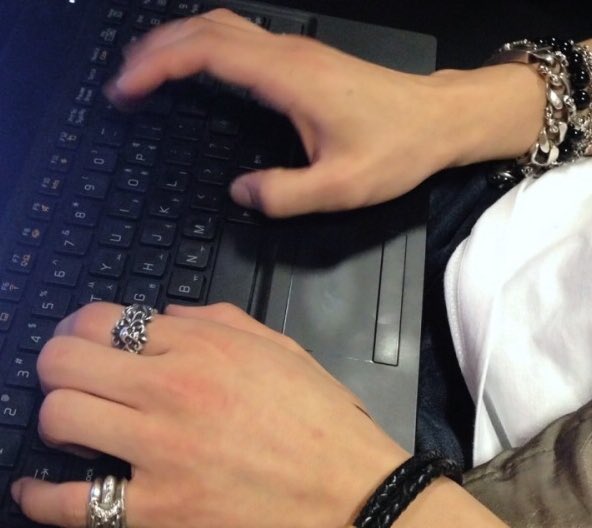 
[TRANS]
I enjoy watching an ordinary musical but seeing actor Kim Junsu for the first time on stage, I am a friend left with this gratitude.
“Thank you Kim Junsu for doing the musical”
I believe a person is the manifestation of common courtesy and consideration as a human with appreciation felt for human beings.
.
An actor needs happy moments onstage. I am not merely saying those moments may die onstage when it comes. I am expressing my respect for that boy who has overcome an abundant of adversities and shined with happiness onstage still as himself.
“Your light will never fade away.”
There Is a Light That Never Goes Out

Source: mobylab
Translated by: rilanna of JYJ3
Shared by: JYJ3 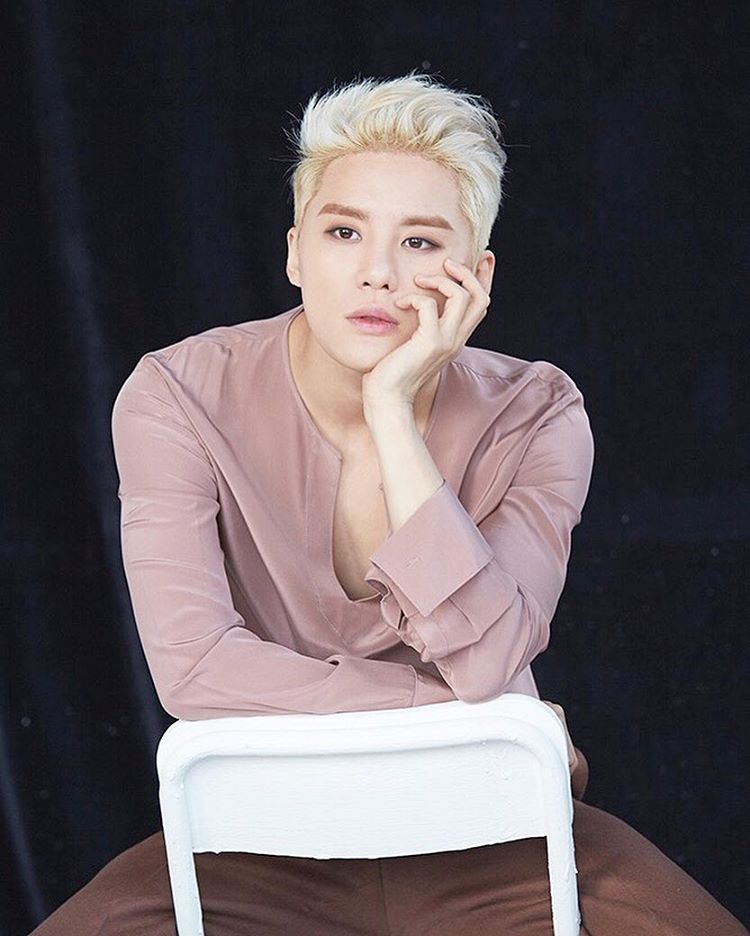 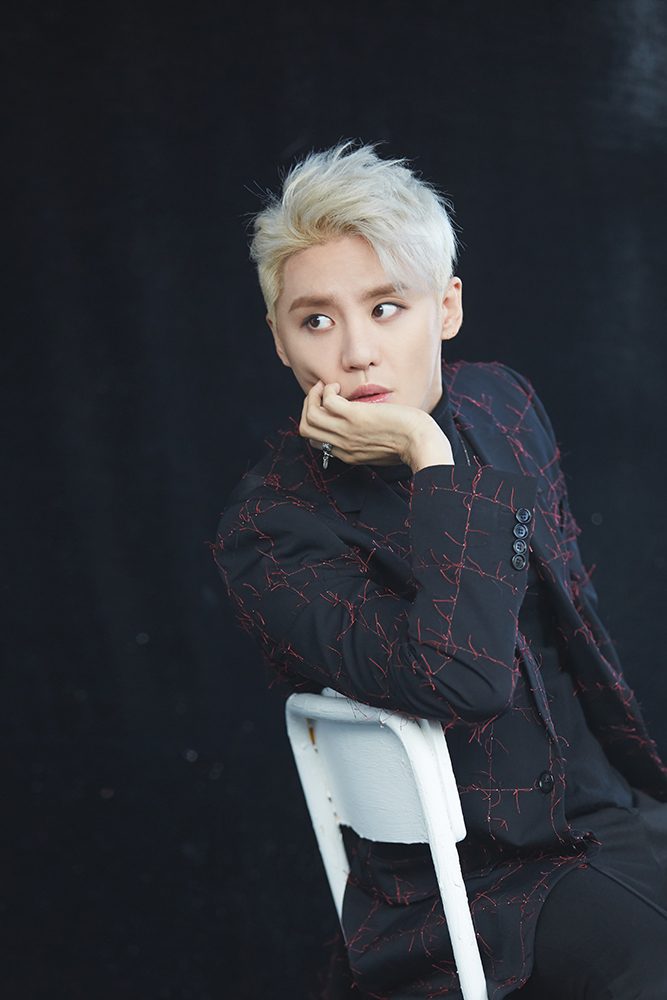 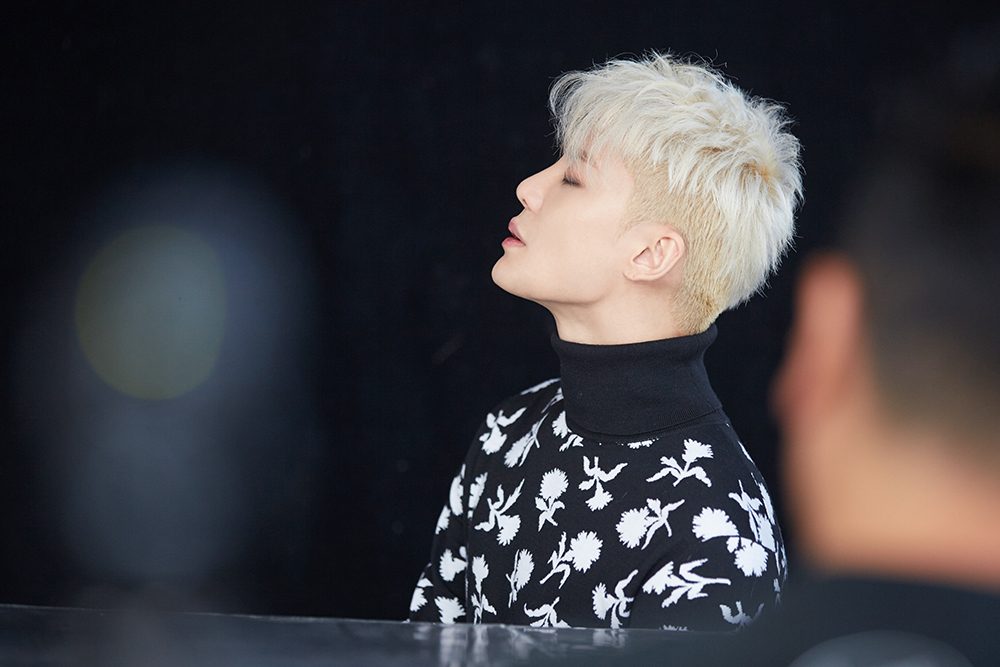 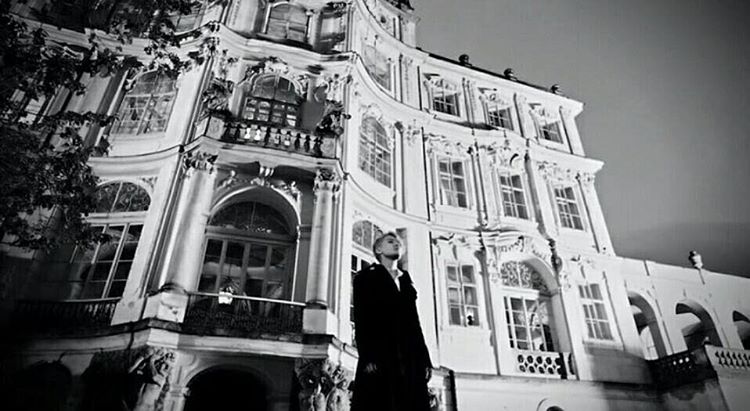 1) Lee, so-called, A charged with false accusation & attempted extortion, imprisoned
2) Hwang (mob) charged with attempted extortion, imprisoned
3) Lee (Defendant Lee’s boy friend) charged with attempted extortion, not imprisoned
Note 1: Mob Hwang was indicted for 2 other fraud cases so that all 3 cases were consolidated together. By the Korean Criminal Procedure Article 300, to reduce repetitive procedures, the court may order the consolidation of the oral proceedings (i.e., trial cases) upon request of a prosecutor or defense counsels or ex officio.
Note 2: Defendant Lee (1) and Defendant Hwang appeared in the court wearing their prison uniform. In Korea, most of the defendants are not supposed to be imprisoned before they are finally imposed with prison sentence. Only defendants who committed serious crimes are arrested and imprisoned. As you know, Defendant Lee’s bail application was also dismissed due to the possibility of the destruction of evidences and flight.


1) Confirm the identification of the defendants (The fact that Defendant Lee (1) and Defendant Lee (3) are living at the same address was pointed out by the Judge).
2) The prosecutors presented opening statements summarizing the nature of the cases.
3) The defendants denied all the charges.
Note 3: Statements of the nature of crimes and the evidences have been sent to the judge from the prosecutors. The defense counsel’s opinions on the charges against the defendants have also been submitted to the judge. In the first trial, those were orally confirmed. Please remember the nature of a public trial is to give an opportunity for the defendants to defend themselves and to have a fair trial. However, the judge is well aware of the cases based on the documents sent from the prosecutors so that the judge would not automatically accept the claims of the defense counsels.
Note 4: Defendant Lee (1) denied all the charges and claimed her previous false accusation against the victim (Yuchun). She also claimed that the police forced her to withdraw her report. But, such claim was totally baseless. She submitted her written complaint on June 10th and withdrew it on June 15th, both via her boyfriend, Defendant Lee (3). The police officially released the news on the withdrawal of the false report on the 15th, but Defendant Lee (3) said he submitted the written withdrawal to Gangnam Police Staff around 6:30 PM on the 14th in the interview with Sports Dongah (Sports Dongah (Exclusive), uploaded at 6:50 PM on June 14th 2016). Considering the above, Defendant Lee (1) submitted the written complaint and the written withdrawal via her boyfriend, Defendant Lee (3). The date of her appearance at the Gangnam Police was afterwards. Therefore, she had not had any opportunity to be forced by the police between the filing and the withdrawal of her complaint. Furthermore, the police examined the application of arrest warrant for Defendant Lee (3), boyfriend and Defendant Hwang because they had not answered the summon by the police (Yonhap News, June 25th 2016) while having interviews with various media (Sports Kyung, Aug. 29th 2016) such as MBC and Channel A.
Note 5: Defendant Lee (1) and Defendant Lee (3) claimed that they had no knowledge about the attempted extortion. Accordingly, they claimed that their charges would be abetting of extortion if their involvement of this crime was recognized (Seoul Kyungje, Oct. 13th 2016), which is to be certainly less severely published.
4) The witnesses were selected by the judge. In this trial, all the witnesses including Yuchun were called by the defense counsels and the judge accepted.
Note 6: Please remember Yuchun is a victim of this case and also the person who filed reports against the defendants for false accusation and extortion. During the trial, the judge called Yuchun as victim while A and her accomplices as the defendants.
Note 7: Again, to give fair trial opportunities, the judges tend to accept the witnesses called by the defense counsels. However, in the following trials, the judge and the prosecutors can also question the witnesses. Thus, their charges will be proved in the process. The judge reminded the prosecutors that they could apply for a closed court if necessary. Thus, there is a high possibility that Yuchun’s testimony will be held in a closed court.
5) The 1st trial finished.
There is an organization called as the Sentencing Commission (http://sc.scourt.go.kr/sc/engsc/index.jsp) to offer separate guidelines for different crimes. According to this guideline, these defendants are fallen under the conditions of the aggravated sentencing for attempted extortion (http://sc.scourt.go.kr/sc/engsc/guideline/criterion_23/threat_01.jsp) and false accusation (http://sc.scourt.go.kr/sc/engsc/guideline/criterion_07/falsecharge_01.jsp).
Aggravating factors

Thus, it should be also examined whether any defendants may be fall into this category.
General Sentencing Determinants

Additional Punishment
According to PUNISHMENT OF VIOLENCES, ETC. ACT (https://goo.gl/t81HHQ in Korean and https://goo.gl/MD4246 in English), Article 2 (Assault, etc.), if two or more persons jointly commit certain crimes in which extortion is included in such category, the punishment shall be aggravated up to the half of the punishment prescribed in the respectively applicable provisions of the Criminal Act.


☆☆☆ The info is based on the DC PYC postings & blog postings by Korean fans who attended the trial. 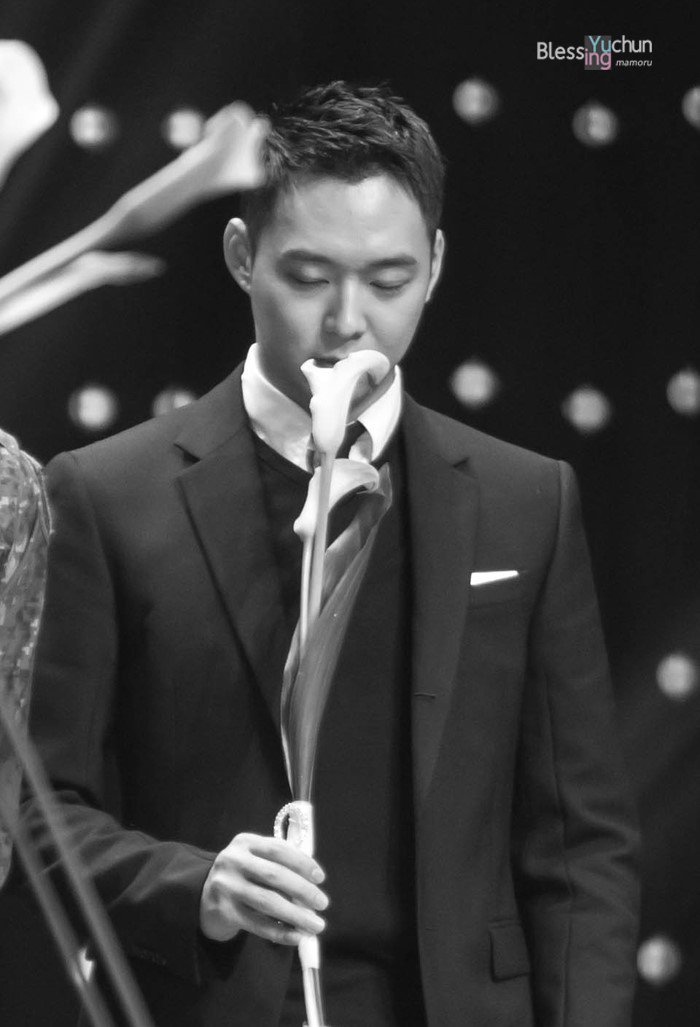 Some #prejudice onto #XIA #XIAJunsu #KimJunSu especially regarding the #musical #DorianGray He gave #sincere reply for it! It’d make #U #melt away Don’t miss his #newly released #fashion #pictorial of on #HarpersBazaar #Korea #Nov #Issue

Junsu is an homme fatale in 'Harper's Bazaar'

By beansssJYJ's Junsu took on the homme fatale look in 'Harper's Bazaar'!


The singer worked some of this fall's trendiest menswear, including a silk blouse, a suede jacket, and more. Meanwhile, Junsu is currently greeting live audiences through his ongoing musical, 'Dorian Gray'.

More of Junsu's pictorial cuts, plus his interview, can be found in the November issue of 'Harper's Bazaar'.
allkpop 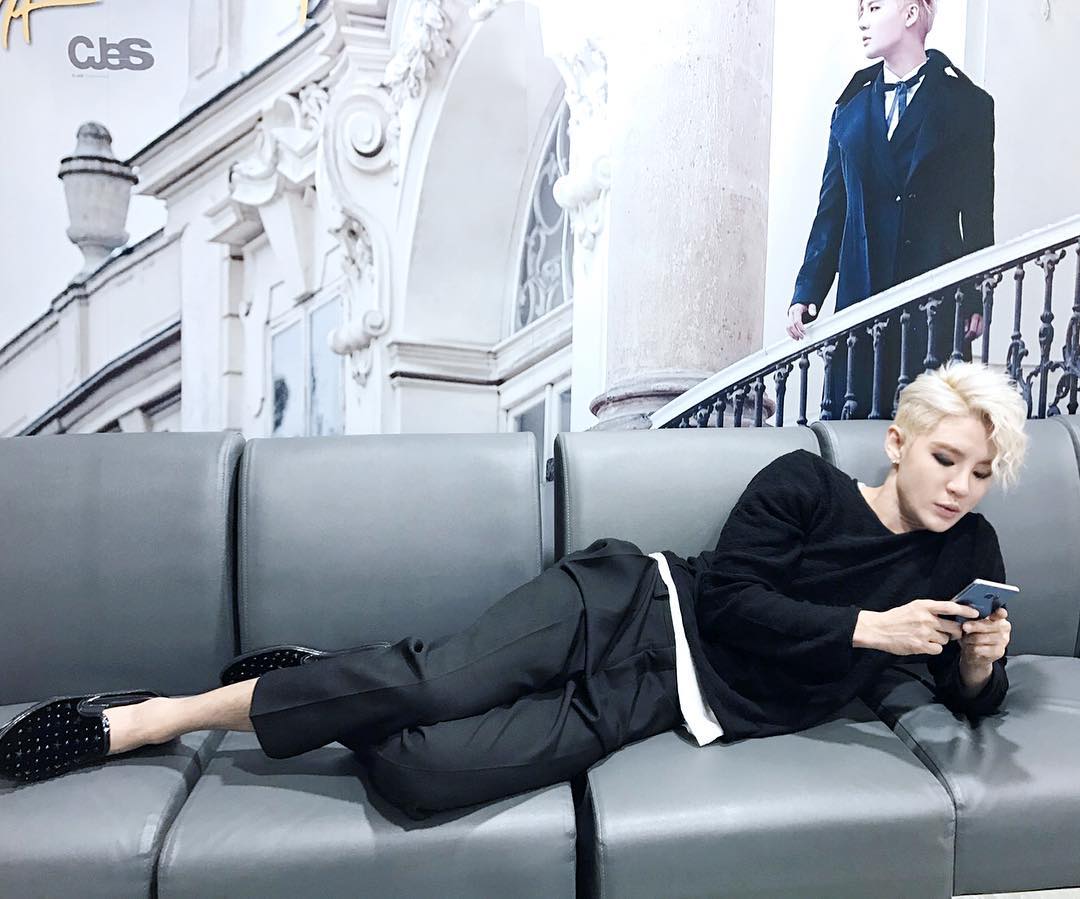 Wow! It’s like a well-made #fashion #pictorial See the pic of #KimJunSu taken at his waiting room of the musical ‘Dorian Gray’ 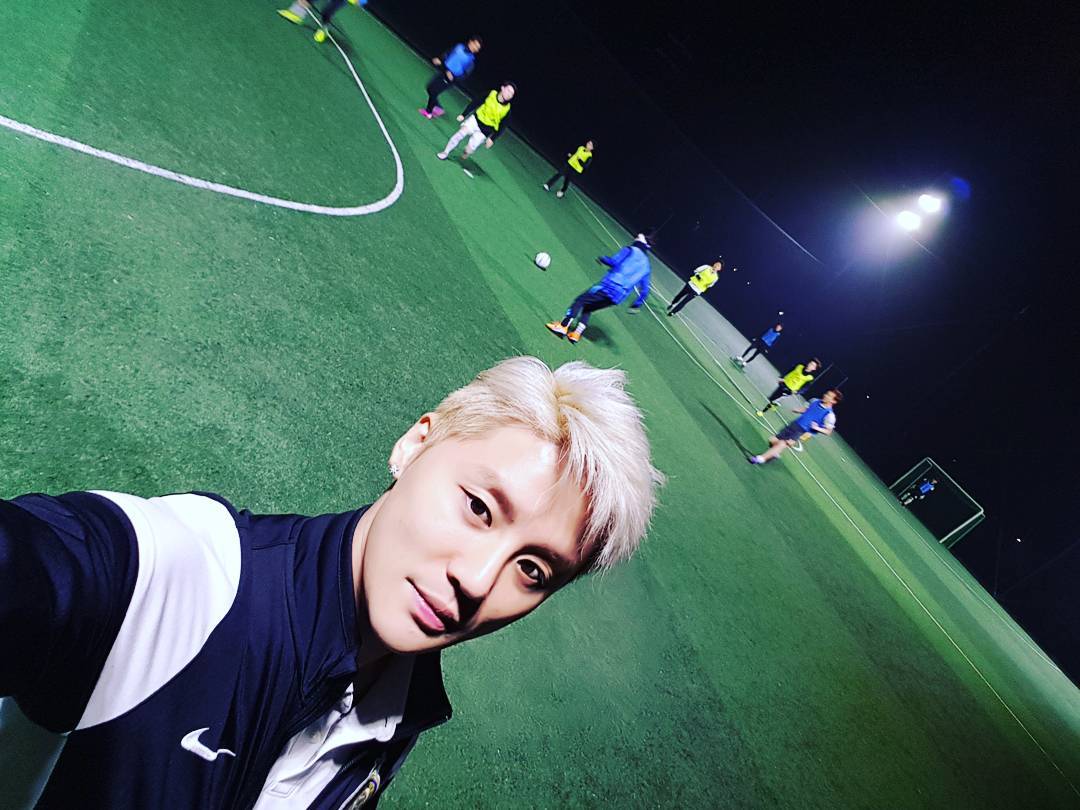 Vote for Kim Junsu (Dorian Gray) in the the 5th Yegreen Musical Awards
Voting period 17th Oct to 1st Nov 2016
To vote you need a Naver account, go to http://www.naver.com/ and click [Sign up]

Once you have successfully completed signing up, to vote click on the following link
https://form.office.naver.com/form/responseViewMobile.cmd?formkey=MDFiZGYyNDEtZmE2ZS00M2M0LTk2NTUtNTc2ODg4NzFjOWYz&sourceId=urlshare

and you have successfully voted.
Source: Naver via XIA Wonderland시아원더랜드
Compiled and shared by xiahjunjjyu of XIAOVERFLOWER 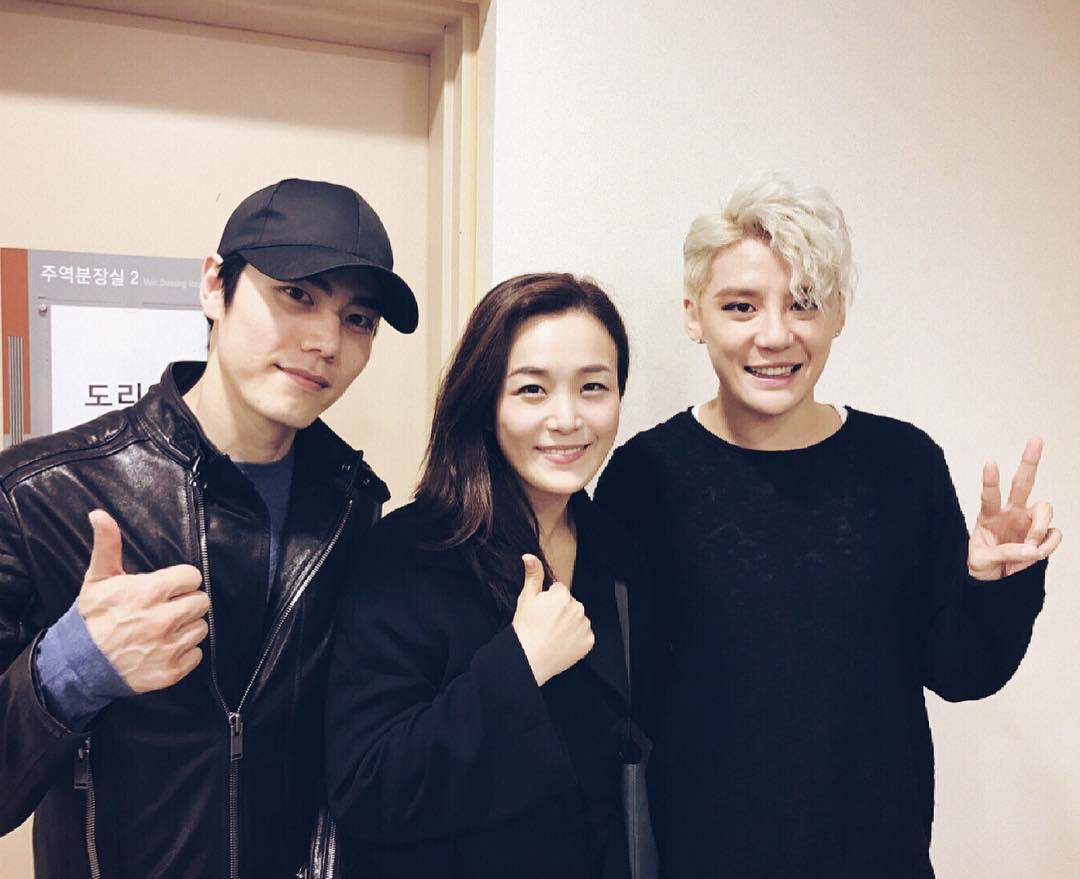 What a #lovely moment! #Cheers for #KimJunSu & the musical 'Dorian Gray' the #pair #ParkHyeNa & #KimChanHo Thanks for coming by!

[TRANS]
The two are both mine


Kikwang-ah, when we had spent time together with our busy schedule and unintentionally played soccer yesterday..I’m sorry for winning..^^keu-keu-keu-keu


We should go play together with Woo-hyunnie!

The nominations are in and Kim Jun-su in his leading role as the devilishly handsome Dorian Gray in the eponymous new original musical has earned him a bid for best musical actor of the year at the upcoming fifth annual Yegreen Musical Awards.

Last month, K-pop mega star Kim and his management agency CJeS Culture unveiled their first original production, “Dorian Gray,” which has also earned itself a Yegreen nomination for “Best Musical of the Year.”

The production is a musical adaptation of Oscar Wilde’s 19th century philosophical novel “The Picture of Dorian Gray.” When first published in 1890, Wilde received severe backlash from the British public, many of whom referred to the literary work as indecent and amoral. The story tells the tale of the alluring Dorian Gray, whose newfound fascination with hedonism leads him to sell his soul in the name of beauty.

The Yegreen Musical Awards are the first to focus on homegrown musical shows. A total of 86 musical works (61 original works and 25 licensed productions) have been selected this year, covering both large-scale and independent low-budget productions staged for more than 10 days in Seoul between July 2015 and October 2016.

“Unlike other awards, this awards ceremony is important because it focuses attention on original location productions,” said Kim Seung-up, president of the Chungmu Art Center and one of this year’s Yegreen Musical Awards judges, during a press conference held in Seoul on Monday.

“It recognizes our efforts to develop new productions, revive old ones as well as obtain international licenses to be able to stage a wide variety of performances in Seoul,” Kim said.

In the category of leading ladies, former K-pop star-turned-musical actress Ok Joo-hyun has been nominated for her sinfully seductive role as real-life Dutch exotic dancer Mata Hari in the world premiere production “Mata Hari at the Moulin Rouge” earlier this year.

“Mata Hari at the Moulin Rouge” has also earned a nomination for the year’s best musical along with “Gone Tomorrow” and “Aranga.”

The upcoming Yegreen Musical Awards ceremony is slated to be held on Nov. 7 at the Chungmu Art Center in Seoul.


Life of Joy
From Dorian Gray 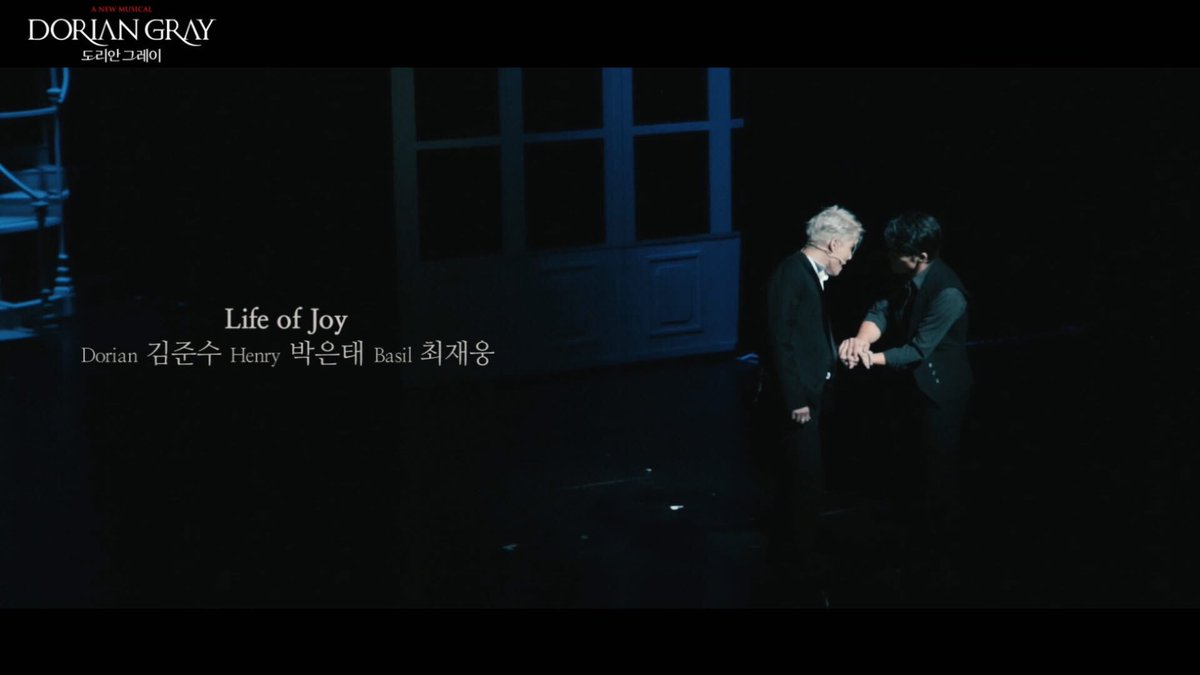 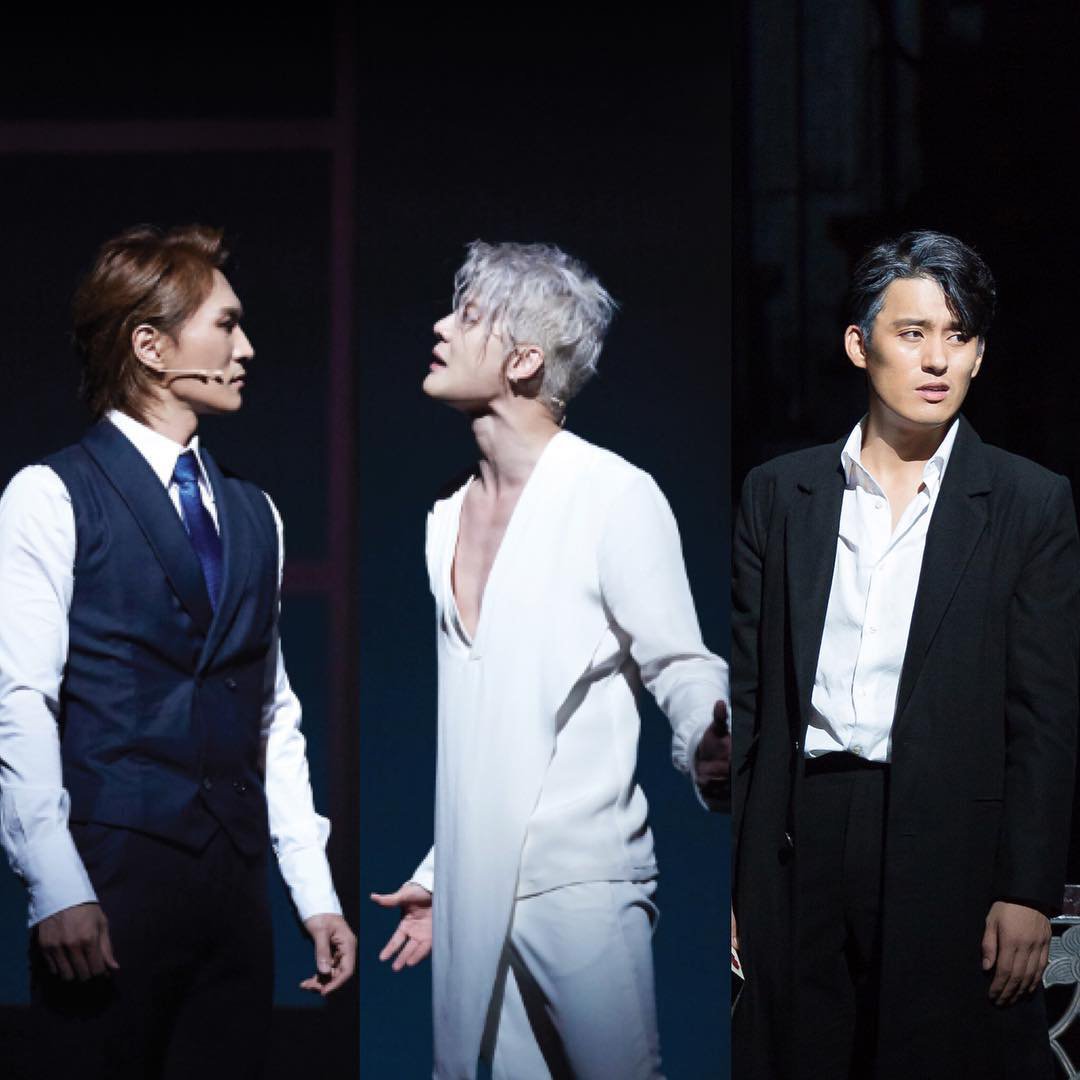 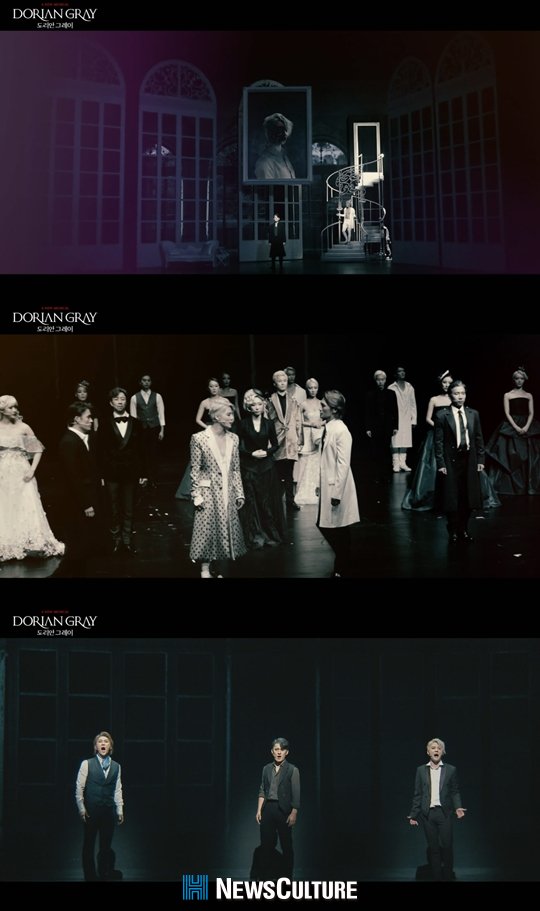 Singer and actor Park Yoochun received a new hearing date and will stand as witness at the Seoul Central District Court.
On October 13th, Seoul Central District Court stated that, “We have called Park Yoochun as to testify as a witness on November 24th.” The trial was for the three individuals accused of attempted extortion. One of the individuals involved in the case is identified as Miss A, the same woman who initially filed a sexual assault case against the singer and actor.
It was also stated that the trial is likely to take place in private and it is up to the prosecution to apply for a private report.
Park Yoochun will testify against Miss A who initially filed a report against him for sexual assault with the charge eventually withdrawn after it was picked up by the media. During the investigation, however, it was detected that Miss A and two other accomplices may have tried to extort money and made false accusations in the process of filing the charge and was eventually arrested.
The singer and actor was investigated and under close scrutiny after allegations of multiple sexual assaults were made against him.
The case continues.
Source: Dispatch
Koreboo

Source: koo_dong_hun
Translations by: rilanna of JYJ3
Shared by: JYJ3 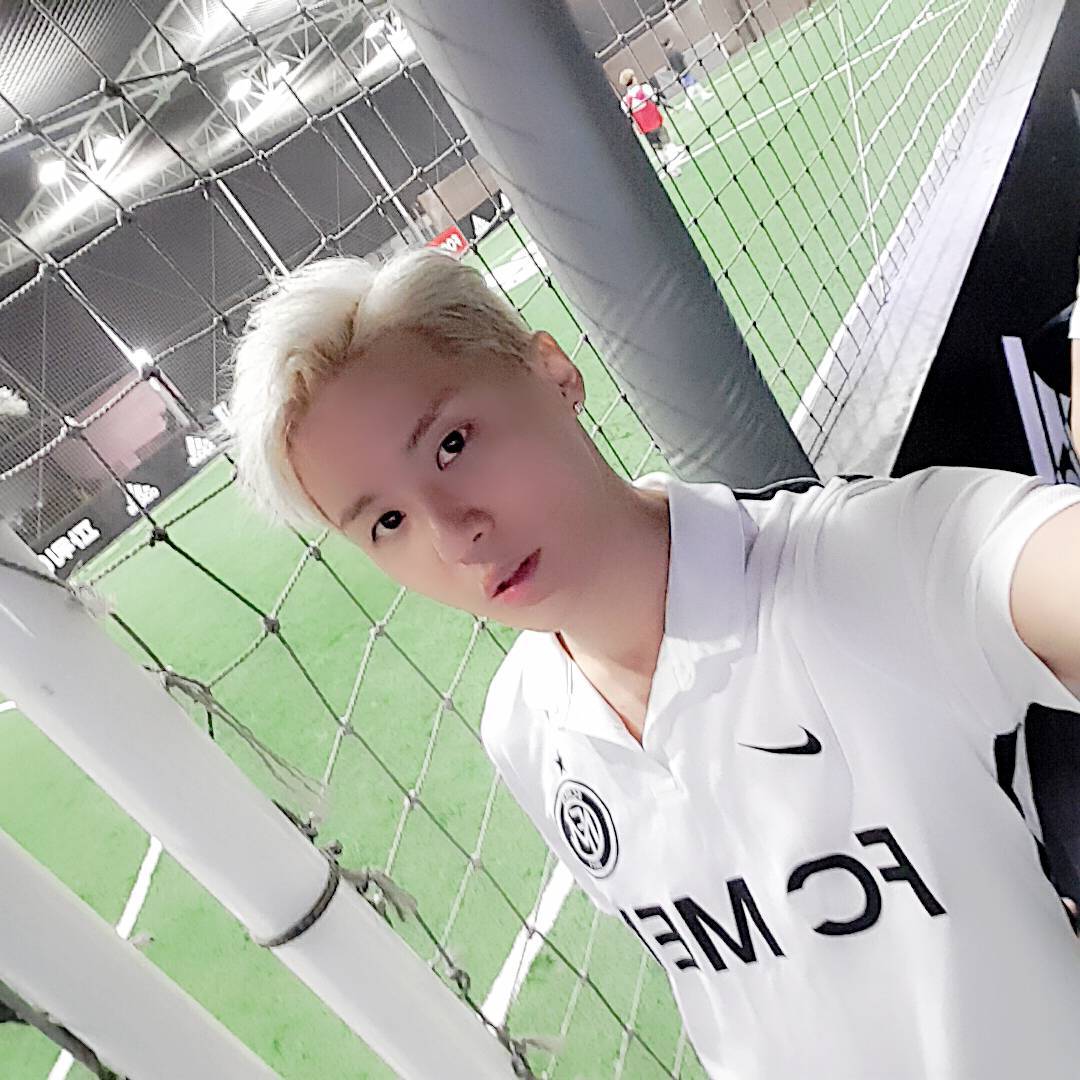 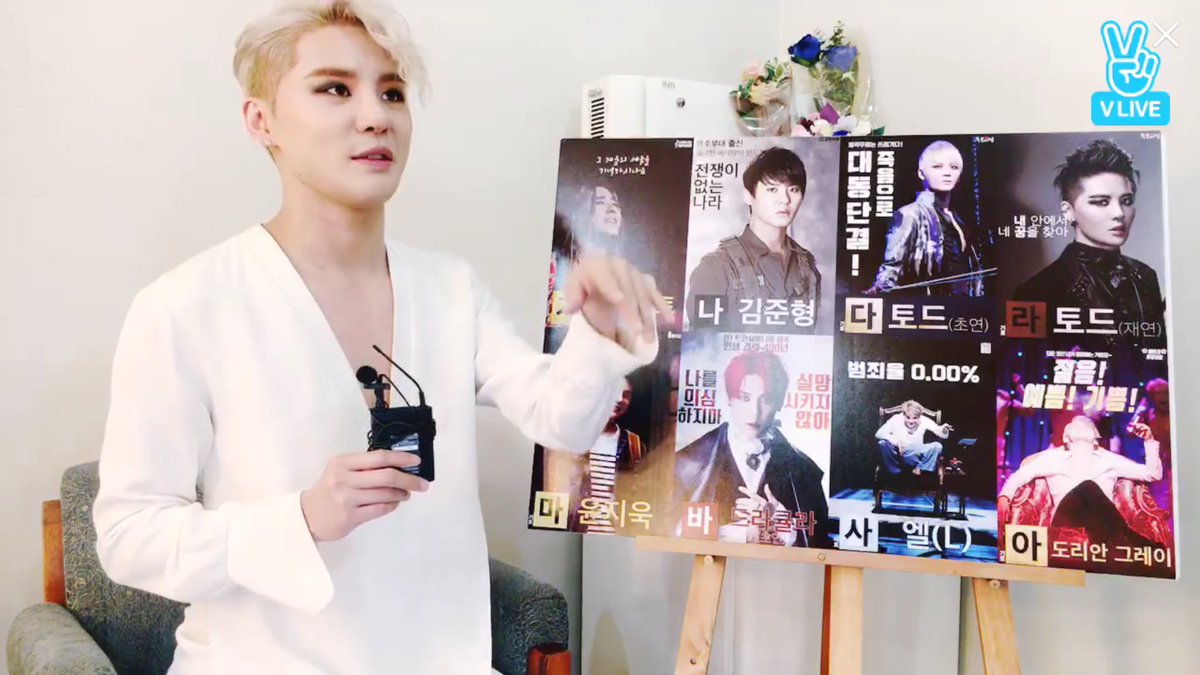 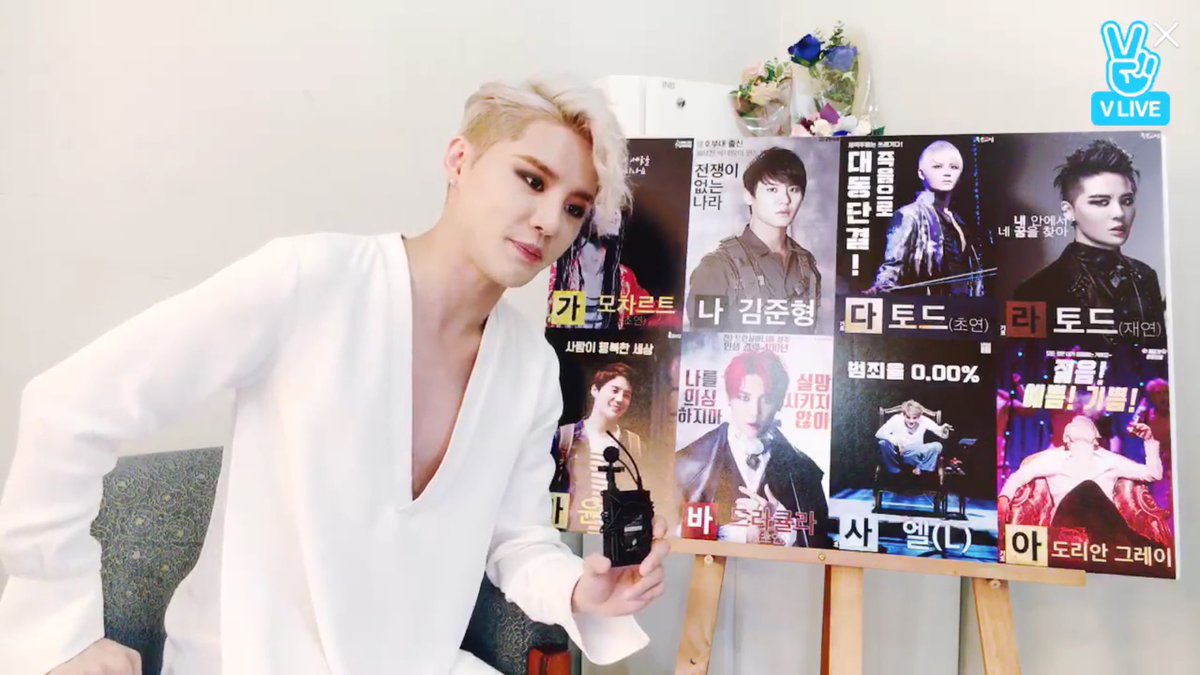 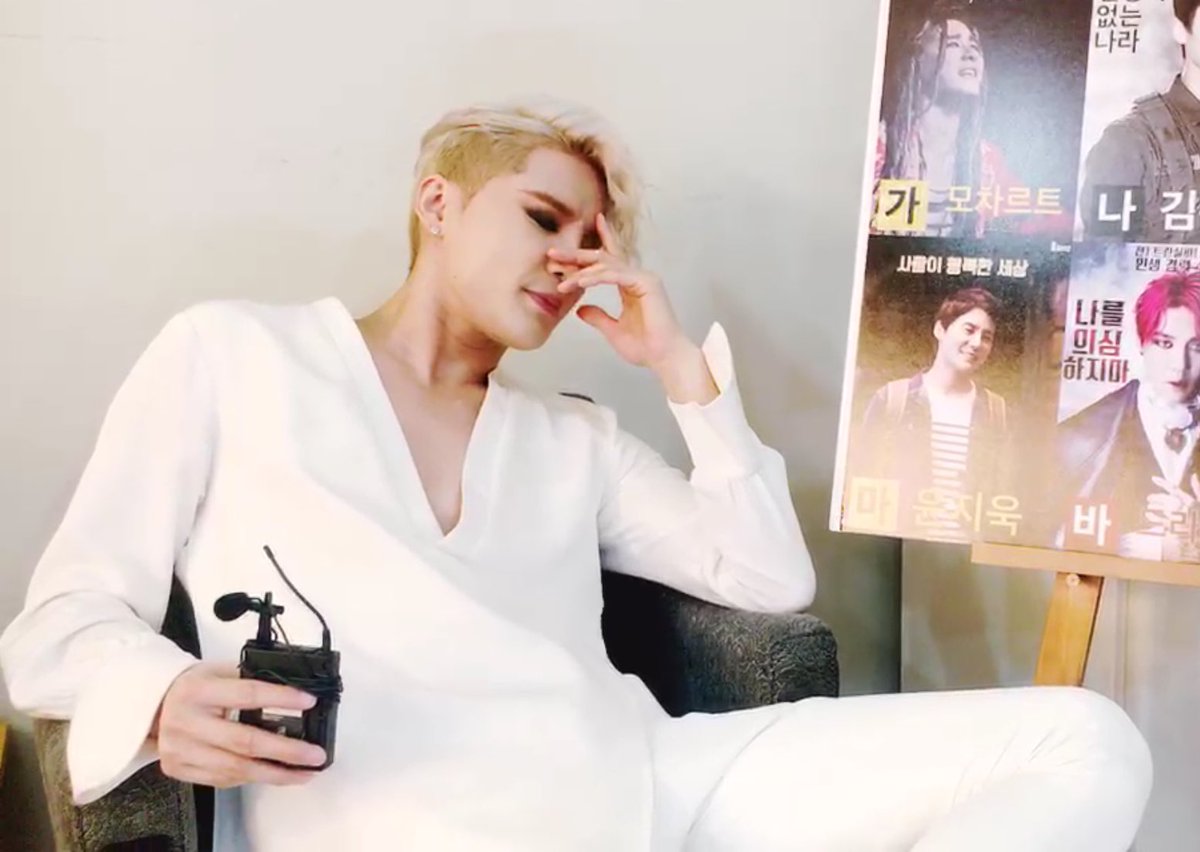 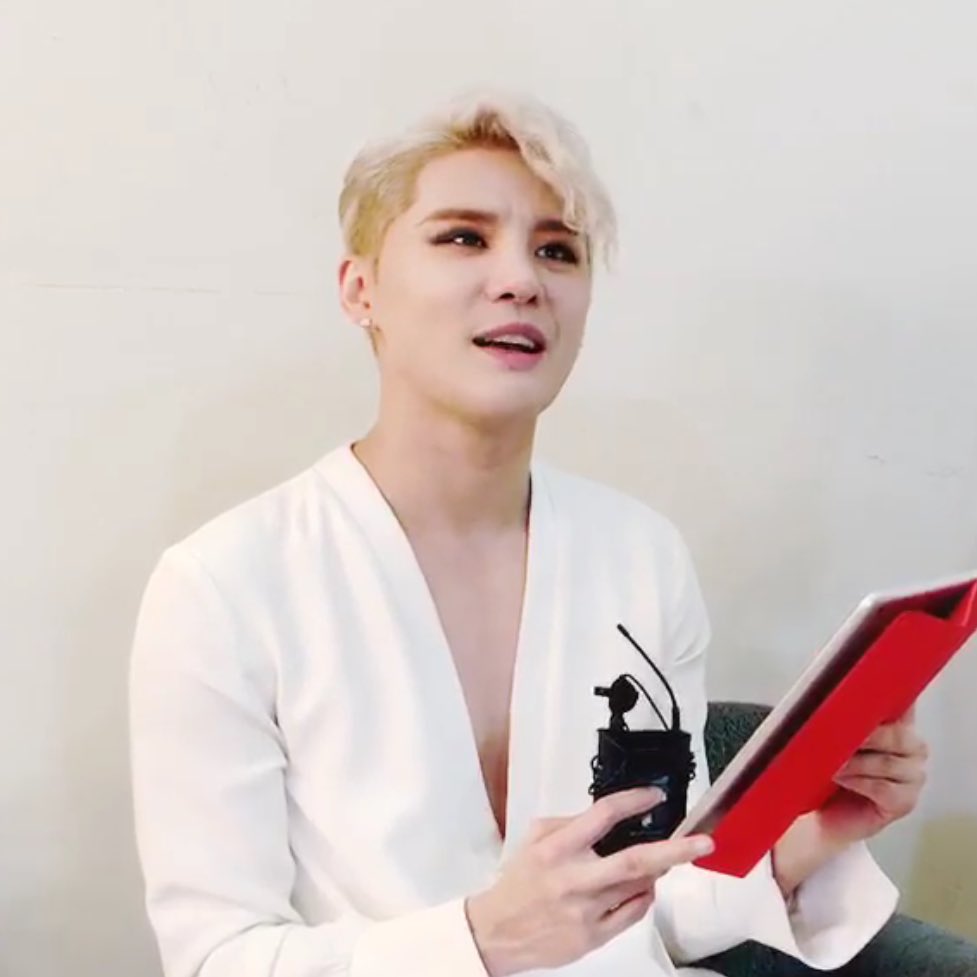 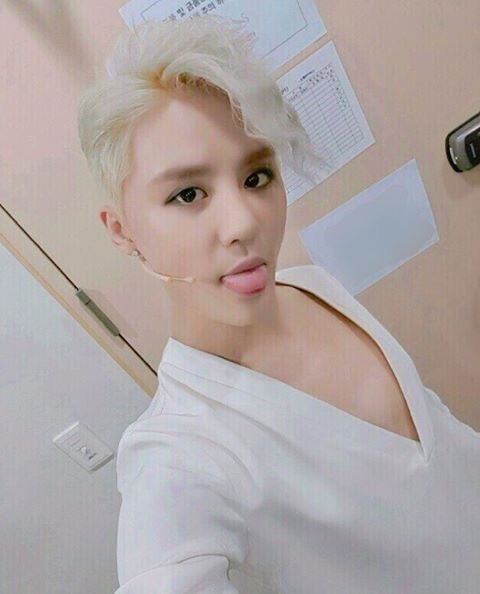 R #U ready for the #upcoming #Vapp live of #KimJunSu ? #Follow us now for sudden #attack at his #waiting #room of 'Dorian Gray' Let's #get started in 10mins! 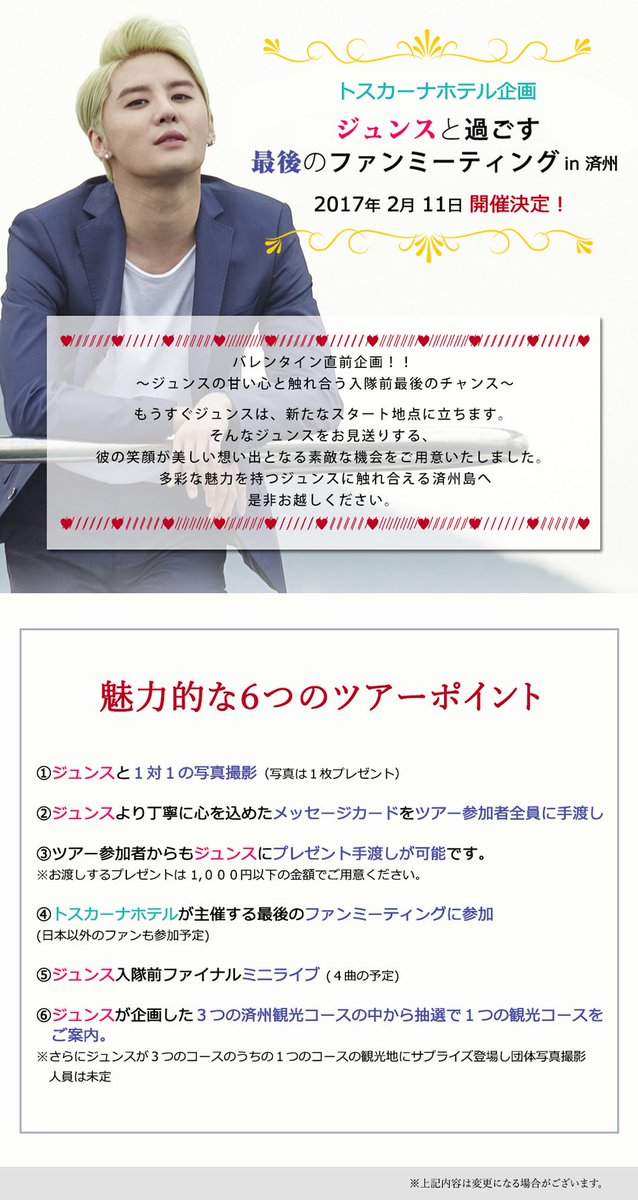 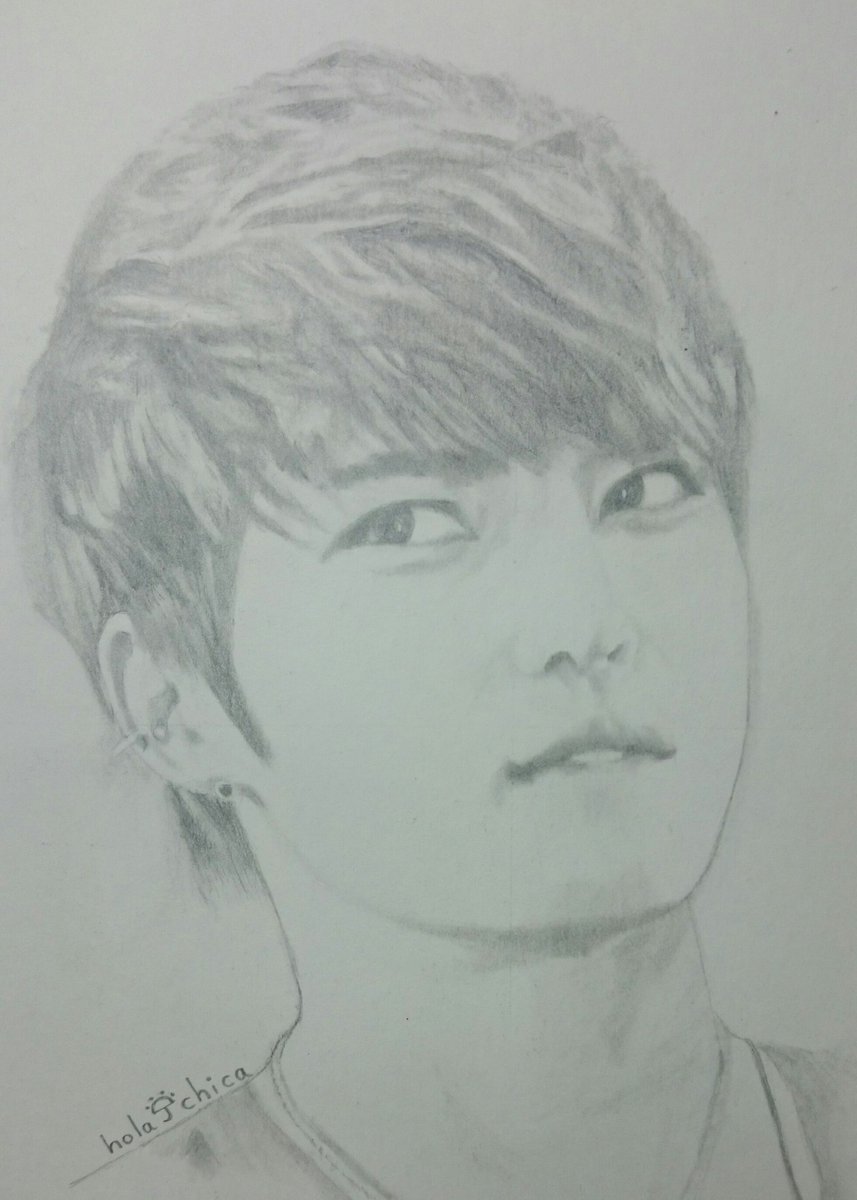 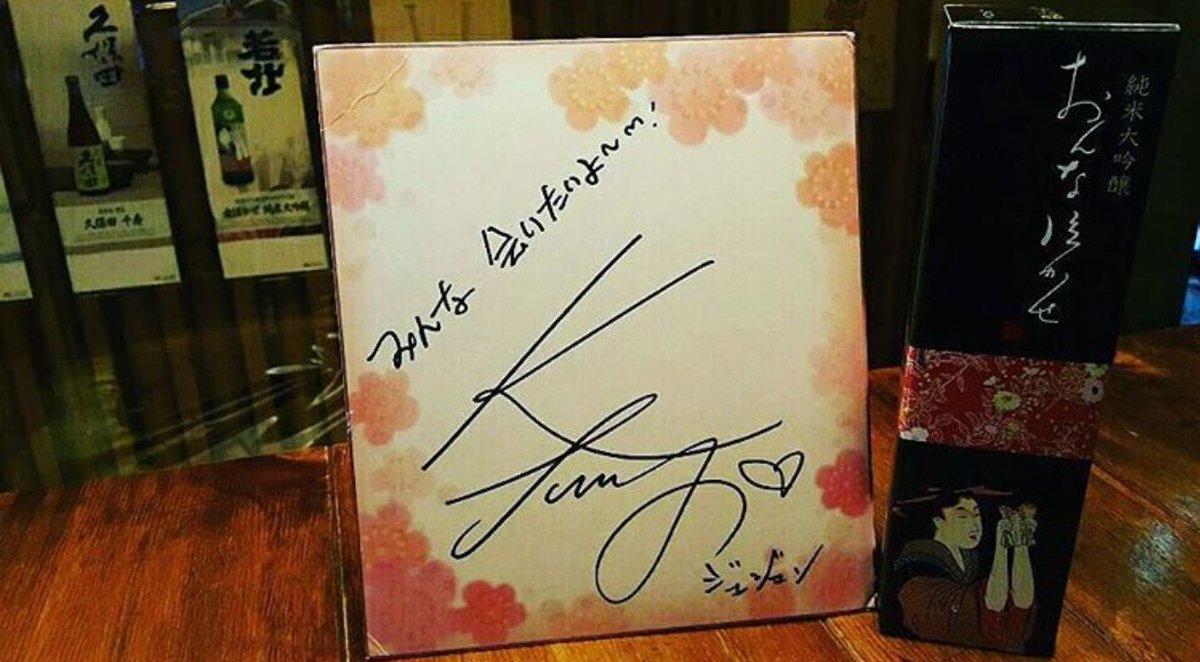 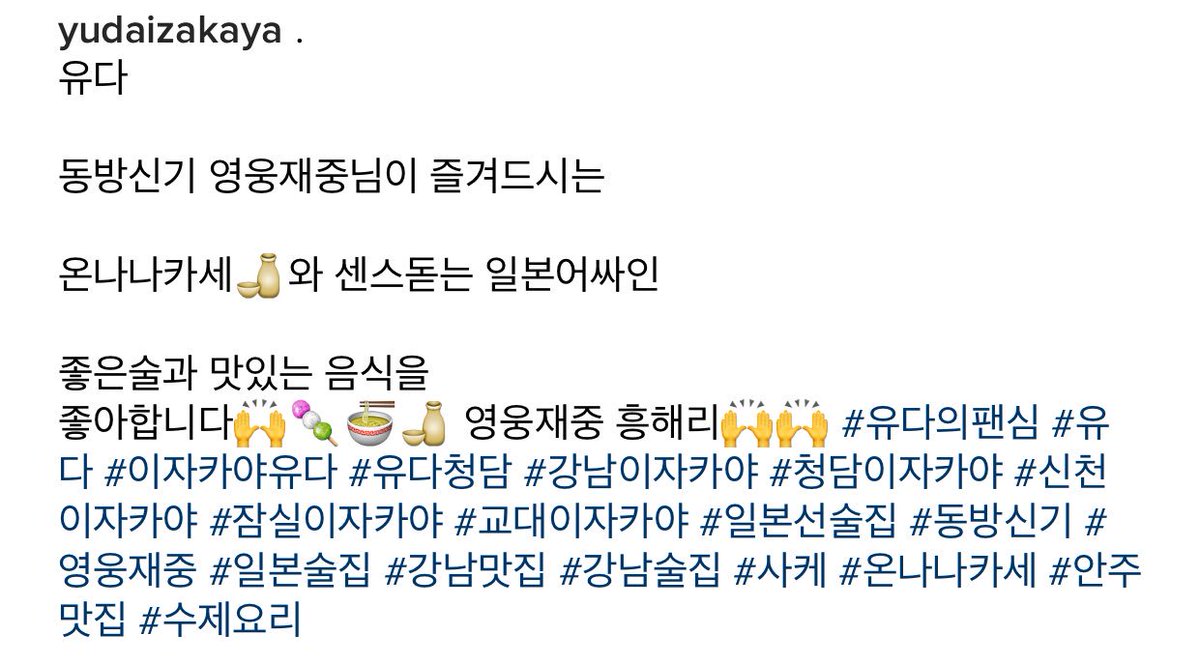 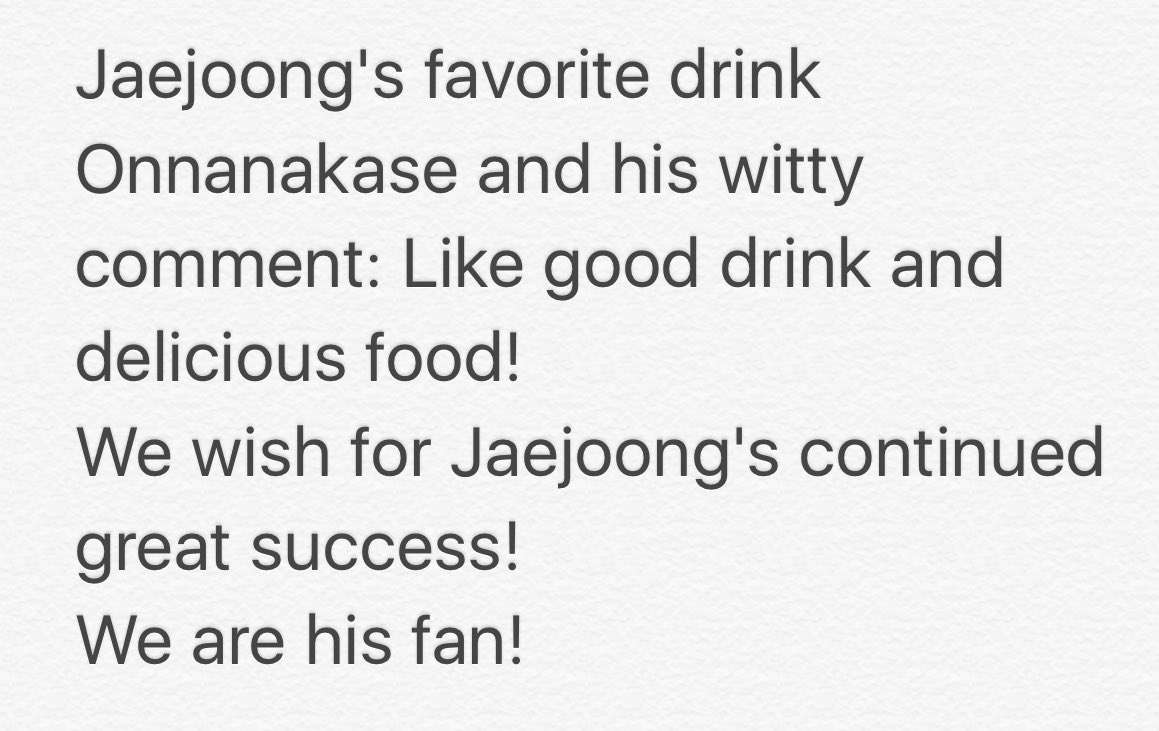 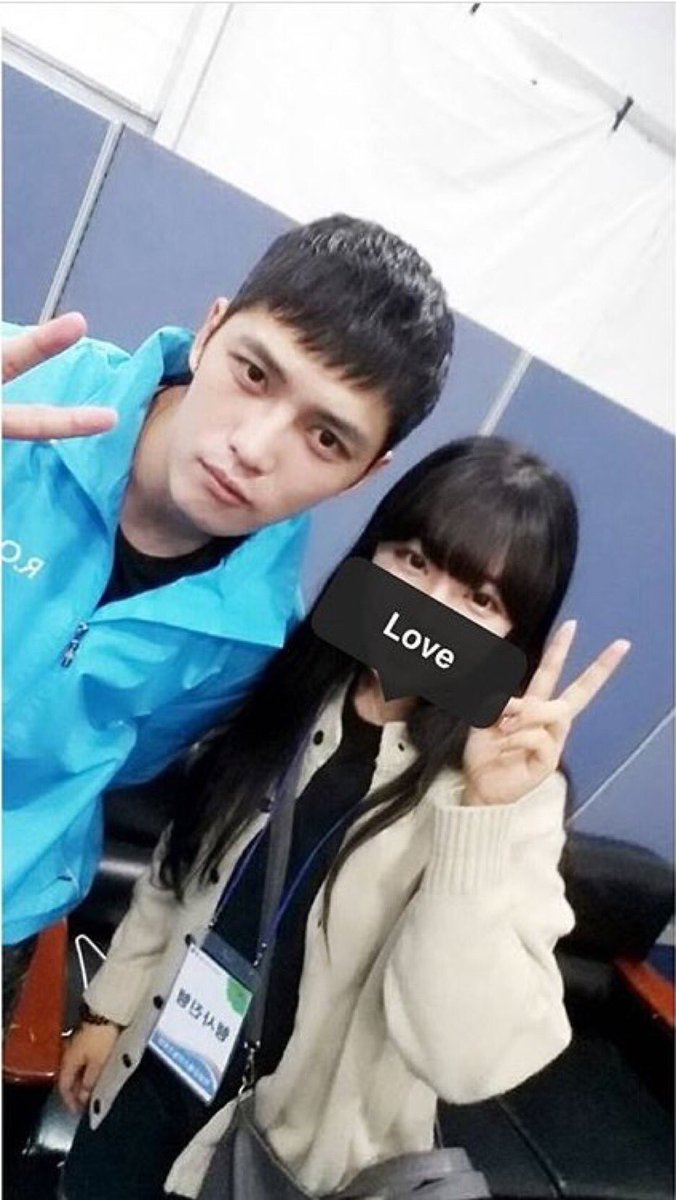 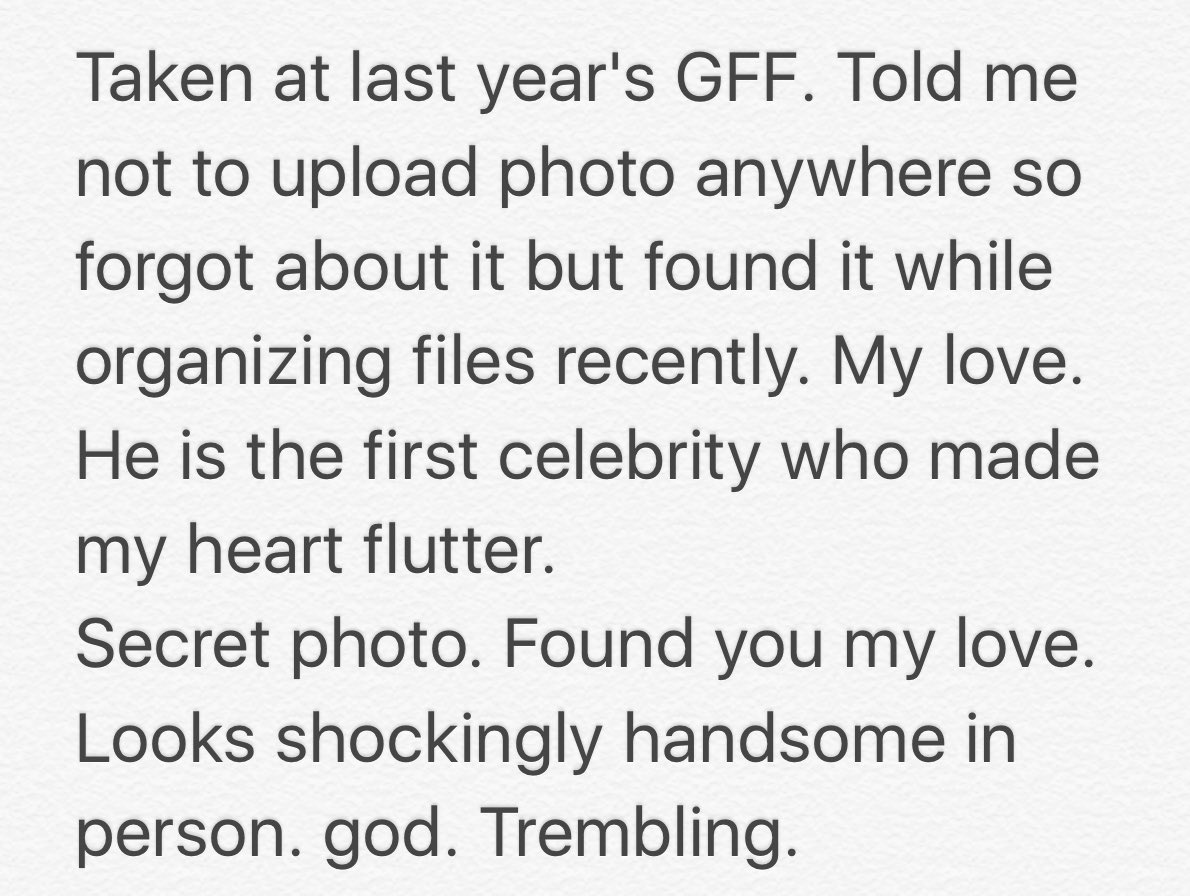 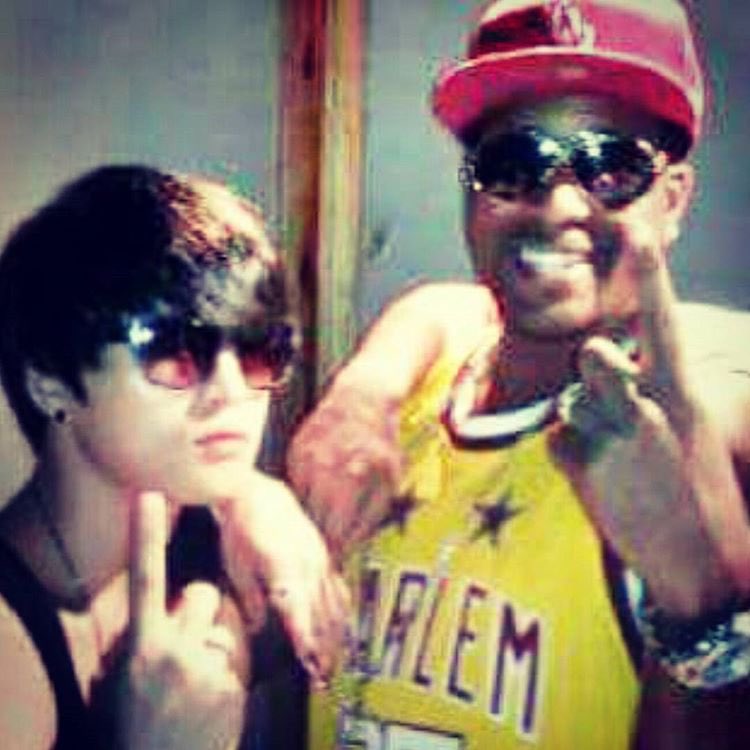 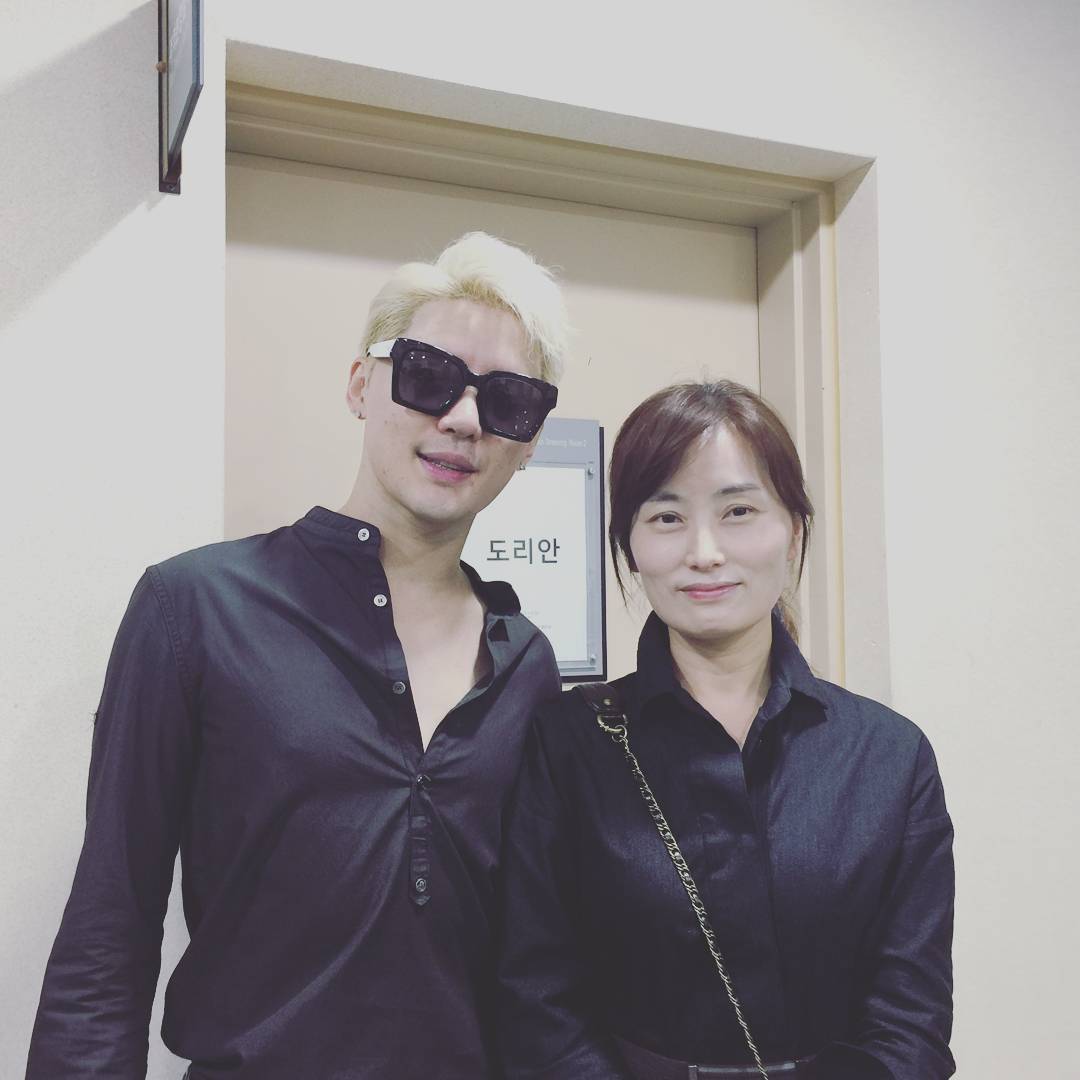 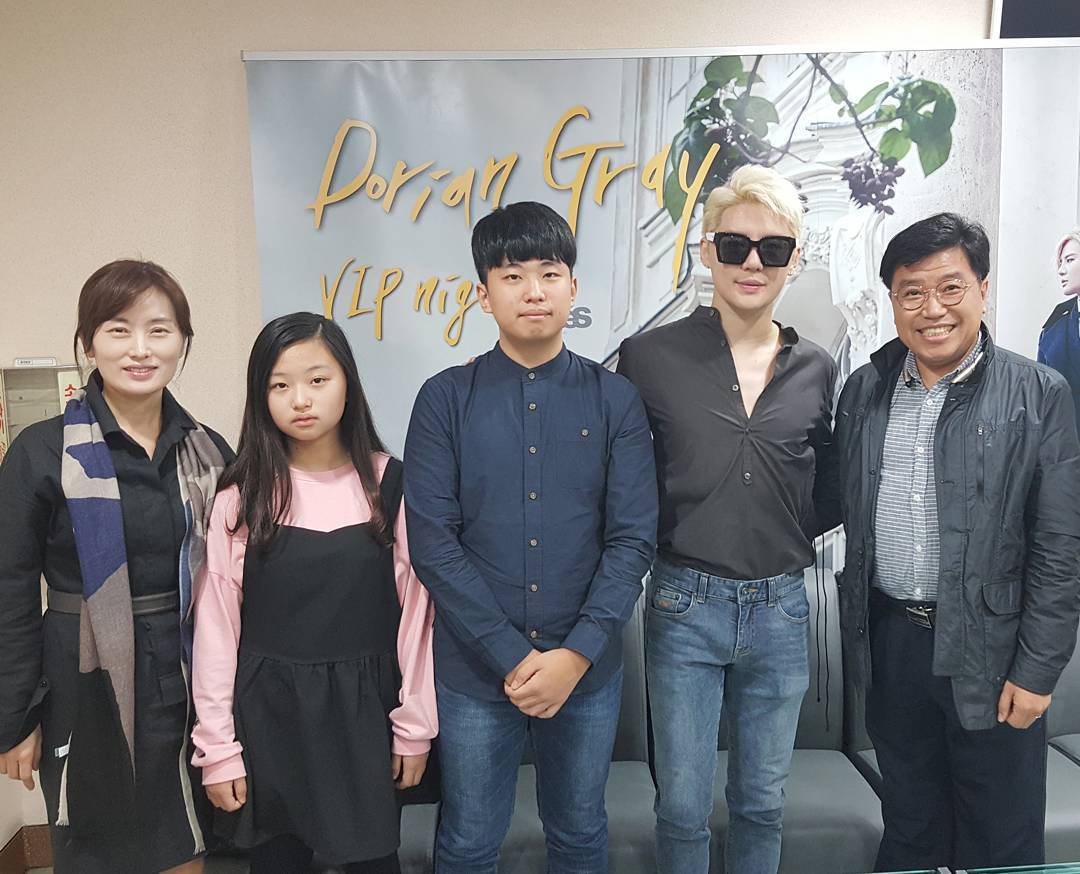