It's the 2nd time I make the update for ChunNi's Bio. Hope it won't be the last time I make this. A lot of things happened from the last June'14 till now. Some moments were the 1st time happened. I don't really remember all things that happened during this 1 year but I hope I can compile most of it. N for the pics I have a theme. For the award pic, I chose pic when he look at the award. I really like it. It's kinda he doesn't believe he get the award. n when I can't find that kind of pose, I chose his pose when he look at the camera. LOL....

PS: On this update I made some changes coz some of vids no longer exist but NO EDIT for the opening words. 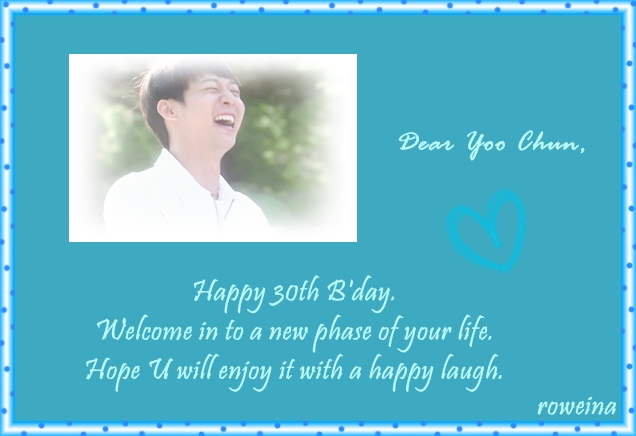 Before the Bio, just wanna give U this cake ChunNi... 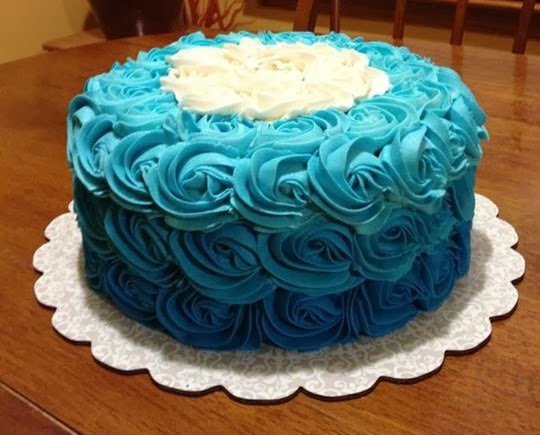 Actually had not idea before what I want to make for his b'day but then I remember this.

My job on Chunnieland is as biographer. LOL......I think that job is not the right job for me, hahhaha.....coz I think as Biographer you must know everything about him. I'm still sooooo faaaaarrrr from that. So many vids that I haven't watched yet, so many song that I haven't heard and so many things that I dont know about him. So, I think this is the right time for me to know more about him. So, here is Chunnie's biography. I'm sorry if I dont make this very detail and still has so many lack coz I dont have much time to make this and this post kinda long, hehhee....

Park Yoochun,  is a Korean singer, rapper, composer, songwriter, model and actor. Yoochun is currently a member of the popular South Korean pop group JYJ (2010-Present) but debuted as a member of South Korean boy band TVXQ (2003-2009).
EARLY LIFE
Yoochun was born and raised in Seoul, South Korea, until his family moved to the United States when he was in the sixth grade. He lived in Fairfax, Virginia, where he attended Holmes Middle School and Chantilly High School. He was scouted by Brothers Entertainment and went back to South Korea, where he joined SM Entertainment. He has a younger brother named Park Yu-hwan who is also an actor.

Bio from the Hug Storybook:

Hello, my name is Micky. My name, Micky Yoochun means a person who has


a secret image and I also used the name Micky when I lived in Virginia.
I will always try my best as a singer. I went to a lot of auditions to became a singer. I would always wonder if they would call my name, to say I got accepted. I would hold my hands tightly waiting to see if they would call my name. My name was called. I felt like crying. My dream as a singer started when I was a kid. I listened to a lot of pop songs. I thought that if I listened to songs and praticed hard, I thought that my dream of becoming a singer would come true. Although I became one of the DBSG members, it still doesn't feel like I am a singer. It just feels like a dream right now. Whenever I'm on stage, I'll try to show you an excellent performance. I will try to make no mistakes too. I will always be the Micky Yoochun that tries his best. Please look out for me.
SONGWRITER
·         Wrote rap Lyrics (with Junsu & YH) of “Love After Love” – Recorded in 2nd Korean Album “Rising Sun” (DBSK 2005)

Only Chunnie’s rap lyric use English.....

His long hair was better on this performance and also his clothes.

I Like that he only use piano for this song and btw, on the ending performance, he did a kinda chessy thing, lol...n the hair...hmmm...XD

I prefer the black perform than the white, hehehe.....and I think it will be no more performance with fans like that, hahaha.....

Nice song. But kinda weird, with the hair and clothes sing ballad song like that. hehe...

When I can see him playing piano again in the concert? Chunnie with pink shirt.

Chunnie with his pink shoes, hahaha...and btw I think the hat is a MUST thing for this performance, lol...and also the chessy thing he did at the beginning. Lol......btw, he did a lot of interaction with fans on this performance.

We can see ChunFace on the offshot and whats that pose at the ending Chunnie? Hahha....

Concert on TD....I think throwing ball is a must on a concert? Btw, on this concert, all member  name that Chunnie mention was different with the original song. He use their Korean Name and also the sequence when he call their name. He already separate JYJ with the others.

I like both of them smile a lot when sang this song.

cool performance, hehhe....with a lot of girls and the SUPERMAN shirt, hehe.. 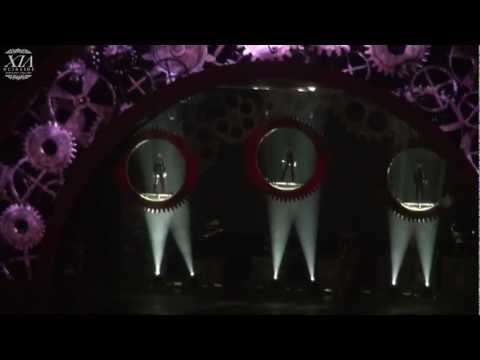 Yoo Chun is the lead vocal on this song. Nice song

and Jun Su’s version, hehhe...Chunnie on  the Piano.

When ChunNi's solo song wasn't a ballad. XD....Got JJ & JS too on this performance.

Really simple clothes, hehhe....but it had more point with the hat, the glasses & the tatoo. Love this perfomances.

I like that he sang with accompanied only  guitar. Minimalist sound so can hear voice very clearly.

Only JYJ on this radio show.

Chunnie looks sexy with long hair and the mask. 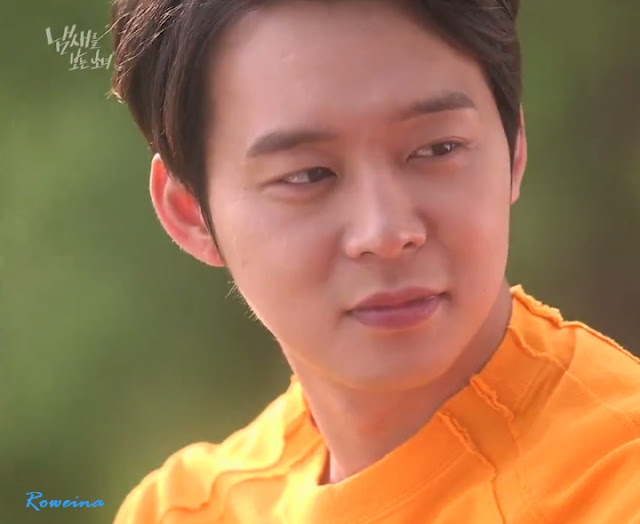 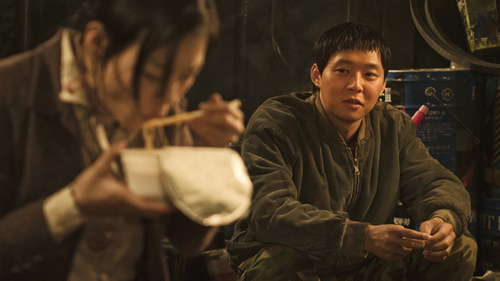 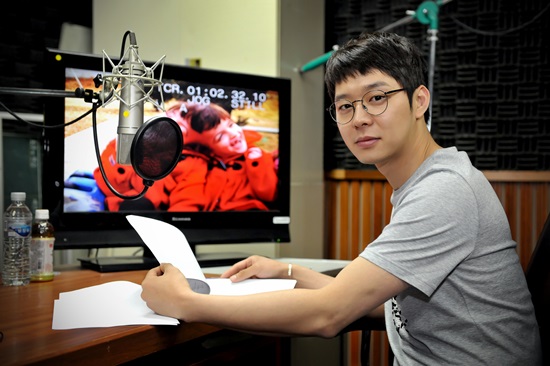 Yoo Chun so cute on this MV and as always he was on Piano.

Can u imagine the real LSJ was like this? hehhee.....

I couldn't believe he popped out like that. No more scare of height? XD 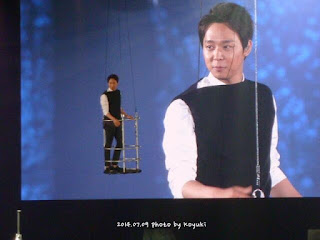 hhmmmm....actually no fanmeet for 3 Days but he had New Year fan meeting n its before 3 Days aired, so just assume its for 3 Days. LOL....

omo, are U ChunNi or Moogakkie or Lee Gakkie ? XD 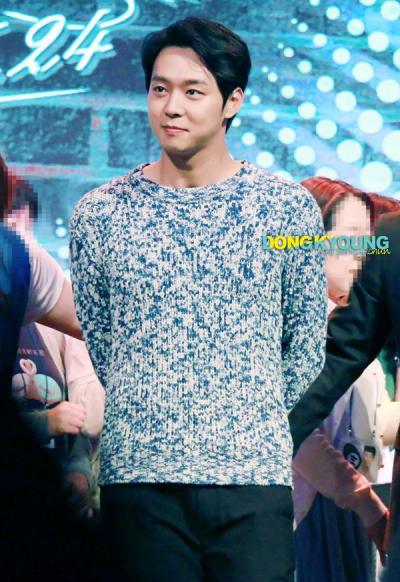 Seriously ChunNi, when watched it, I also got coldsweat coz I know U're so scare but how come U also can make me laugh coz U smell that sock? hahha... 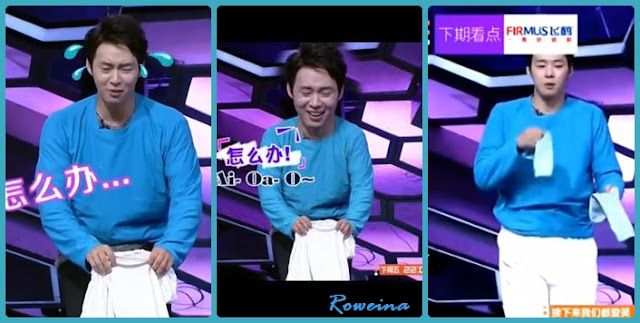 OMG.....Finally can see ChunNi on Korean TV as himself, the 1st time ever he got that kind of event for his drama promo. Really like that kind of promo n can see him laughing like that. 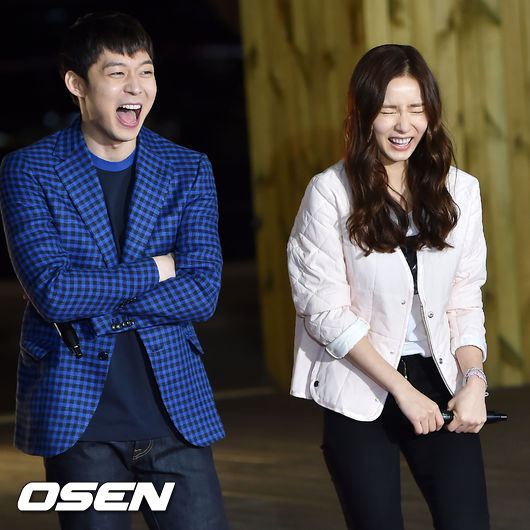 Most Popular Male Actor from Ripley

Most Popular Male Actor from IMU 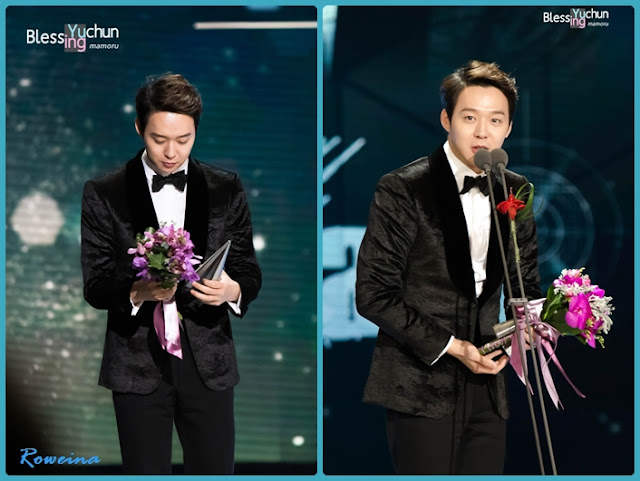 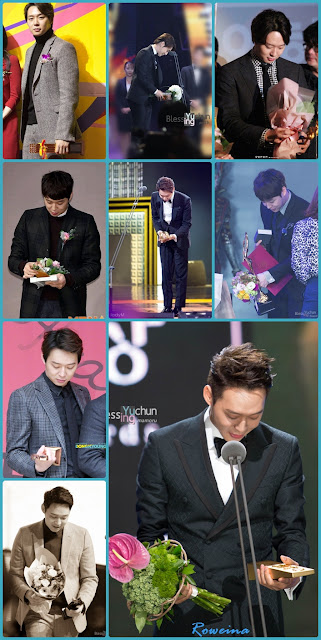 Sleepy Chunnie....and what was that on his lap? 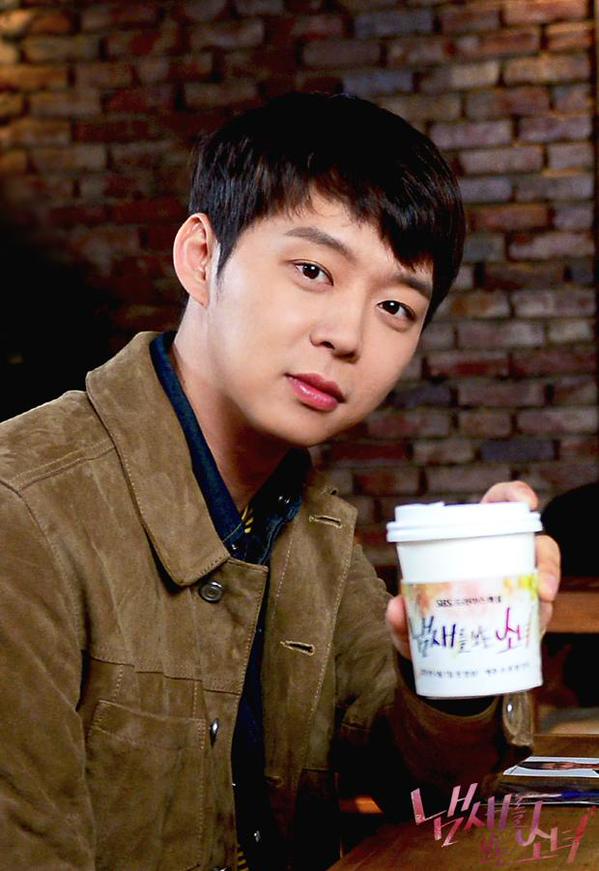 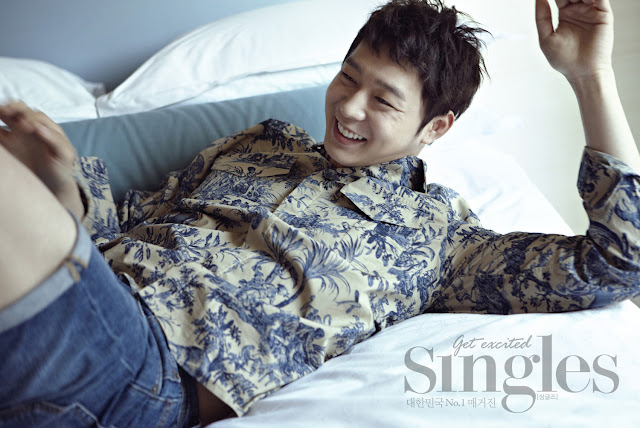 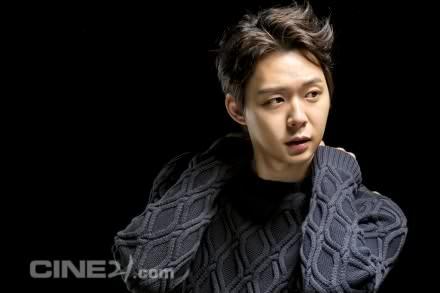 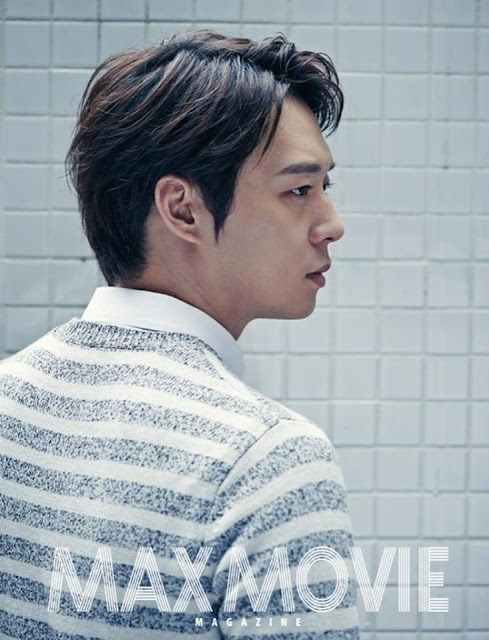 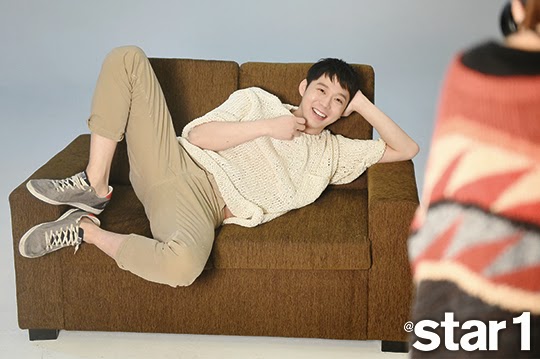 The Beginning of Selca. LOL 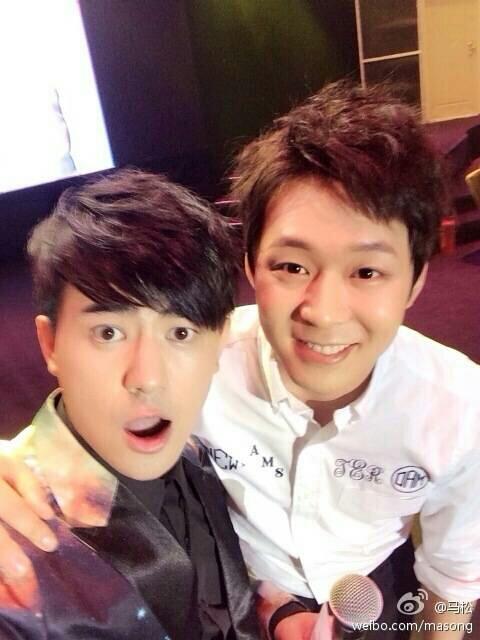 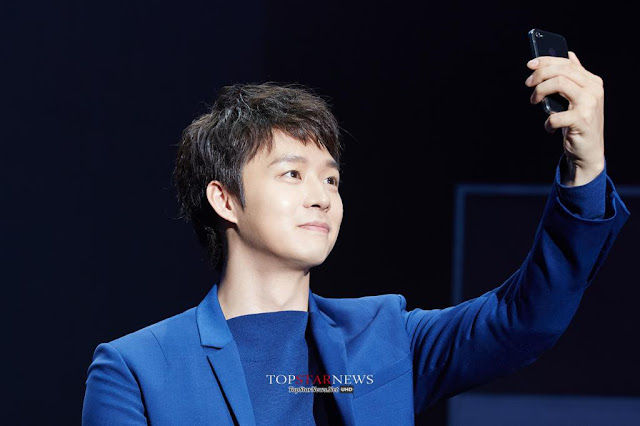 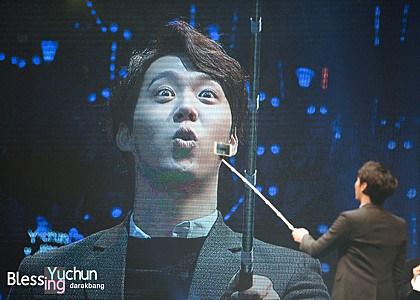 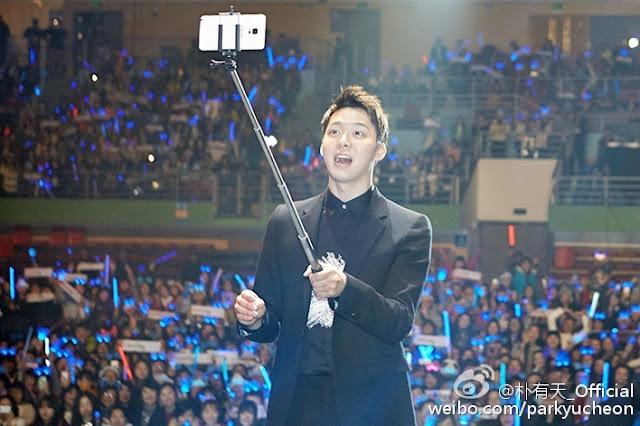 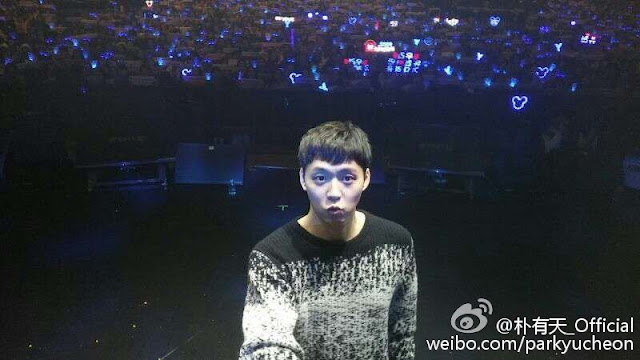 ChunNi as an Actor 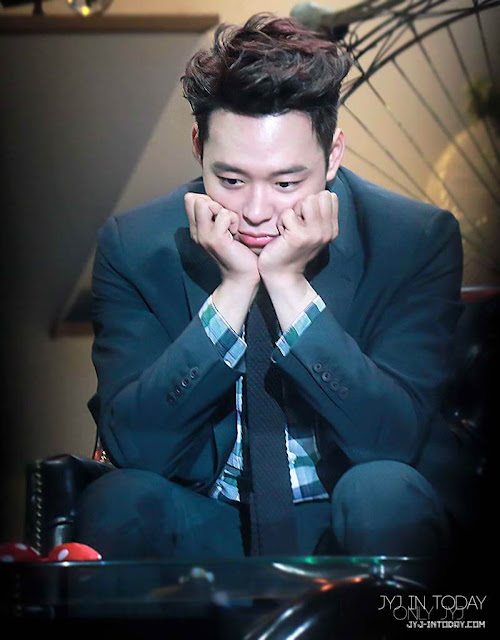 ChunNi as a Singer 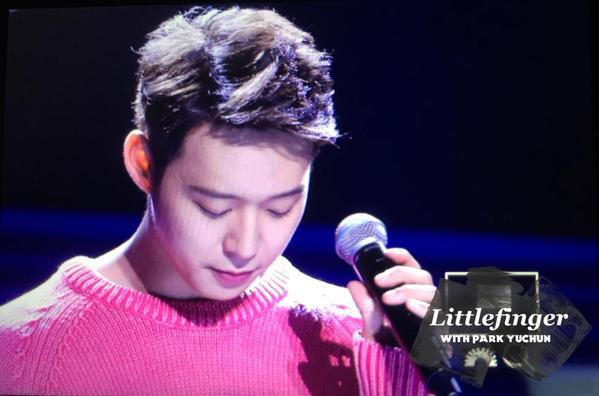 Yeah....thats it Chunnie's biograpy by me, .....hope u all can satisfied, although on some pics and vids I dont write anything, hhehehe.....

credit to JYJ3, PYCSGFC, google and to all original owner of the vids, pics & gifts.