Here we are back with our newest edition.....Thank U for all contributors. Happy Reading Guys...

Posted by roweina at 2:10 PM No comments:

They made their debut on December 26, 2003 during a BoA and Britney Spears showcase, where they performed their debut single "Hug" and an a cappella rendition of "O Holy Night" with BoA.

Credit vid to the owner.
Posted by roweina at 2:05 PM No comments:

For everyone who celebrate it

After their official debut at the end of last year, they began activities as singers in Korea by releasing their first single entitled "Hug". When debut they using artificial image provided by the SM

Jaejoong image is mysterious, main vocal that should not talk and just sing

While Junsu image is luxury sexy

I don’t understand why Korean like to make artificial images like that,  I mean why not let the artists be themselves, well this images in the end fail and disappear by itself and actually I'm much more like their original personality rather than artificial image made by SM

At April 2004, Yoochun stayed in the hospital for some days due to eye disease. He was really upset that Junsu didn't visit him while all the other members did. Junsu explained that it was because he didn't have time because he had to go to school, but in the end Yuchun said "even thought he is annoying but I still Love you"
LOL Yoosu

Besides "Hug" in 2004 they also release another single "the way you are" in June 2004 (and Somehow I always remember Yuchun when hear this song LOL) and also some other singles such as "Drive" if you look at the “Drive” MV then you will see that in that MV Yuchun had scene he is driving the car and 'Drive' is the first MV which put on Yoochun's role as driver, and in most of their MV with car Yoochun stuck with that role ever since 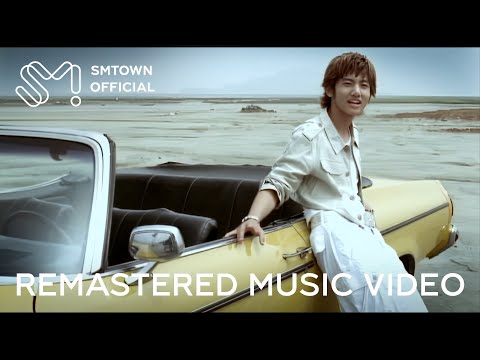 On 13 October they released their first Korean album titled Tri-Angle, when Tri angle era Jaejoong and Junsu Hairstyle was the worst, that long hair is a nightmare

2004 was also the first time Yoochun back to America after returning to Korea in 2003. They went to America to shoot Midhuyo MV and to join the LA Korean Music Festival at Hollywood Bowl (October 16, 2004.)

Besides release album and single in 2004 there also some rumor about them, during Miduhyo promo period (around November 2004) there’s rumor that SM would take Jaejoong and Yoochun out from group to create another group unit and replaced them with 2 new members (one was rumored to be taken from Chinese). This caused a huge chaos among the fans and fans turned to boycott all SM products which forced SM to cancel their plan, but JYJ3 ever posted that the one who actually will be kicked out from the group is not Jj or Yc but Yh, well I don’t know which one is true, well this is old story, past just past, I write this just for our information about their old story

They close 2004 with release Christmas Album special, and honestly I like the album cover
magic castle was part of this album.

Posted by vzmeiin at 2:00 PM No comments:

2005 is the year which they began to debut in Japan, but before that they try their luck with China first, because in January 2005, they released Tri-Angle Chinese version.

as we know they debut as Jpop not Kpop also they still can’t speak Japanese.

In June they returned to Korea and released a single Hi yaya, where the music video of this song taken in Bora-bora and it was the first time they went there,
after that Bora-bora become Junsu favorite place even until now.
At JYJ Membership week 2012, Junsu said that when in Bora-bora they promised that they would go back there again someday and Yuchun adding that they are essentially promises to go back there again with their partners, kekekeke.
I think there are strong reasons why they want to come back with a partner, because at that time in Bora-bora they peek a newlywed couple who are tet sensor ----- ----- LOLL 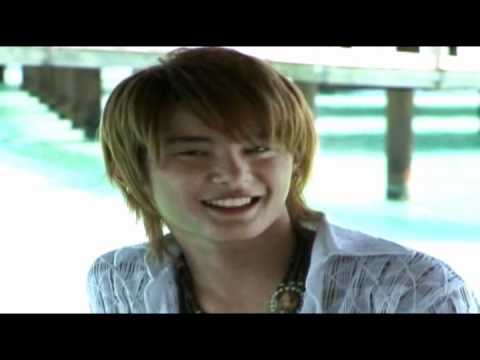 In September before they release their second Korean album, at Sept 6th 2005 Jae's knee got injured during rehearsal, after that he got surgery on Sept 8 & Sept 10 and He had to be on stage 2 days after surgery for rising sun show case, aww Poor my Jeje, what a company is that, at lease let him rest, T.T Jaejoong lost 8kg due to knee injury

During his injury Jaejoong also for the first time get contact with his birth mother, his mother called him first (his mother said, she got jaejoong phone number from female student when she bought Jaejoong storybook, why I think that female student is sasaeng

and after that they met.

Ah Before jeje got injury, in August Junsu was rushed to the hospital because of high fever, poor our boys

September 12th, 2005 is the official date released their second album. Because of the injury Jaejoong could not participate for a dance scene in the rising sun MV, this year they also received an award at the People's Choice Award at the 2005 Mnet KM Music Video Festival where the epic scene of Yoochun crying uncontrollably got recorded 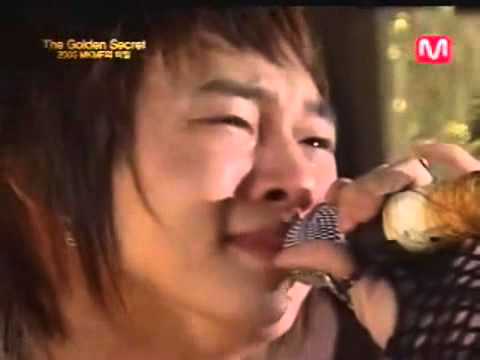 not so far after rising sun promotions in Korea in November they returned to Japan and released their next single “my destiny” and in December they returned again to the Korean to join SM xmas album.
On Dec. 3rd at the Seoul Olympic Park where the VOICES FOR CHILDREN Concert was held, Jaejoong said "I can walk but I'm not able to dance yet." God can’t imagine he is back and forth between Korea n Japan promoting with his knee

Posted by vzmeiin at 1:55 PM No comments: