Our Surprise Encounter With Jaejoong!

Our Surprise Encounter with Kim Jaejoong
At JHolic 1/24/2017

Well, the day started kinda heartbreaking with some annoying mispresentations regarding what Jaejoong may have said to his fans at the recent Seoul concert. I know Kim Jaejoong to be a kind person and so caring to everyone so I just wanna brush off all these negativity...
I tweeted: "Like whatever...flips hair...Curse you #Haters. I'm going to JHolic &support my #Jaejoong <3 #RespectAndProtectJaejoong always."

We (my sister and I) made plans to meet our friend at Exit 4 and walk to JHolic together.
When we arrived at the meeting place, our friend was nowhere to be found and couldn't contact her so I stayed down the stairs and my sister went up the steps then this convo happened: 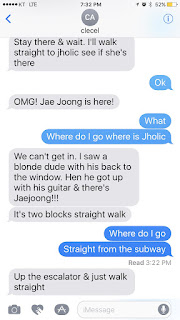 OMG OMG OMJAE!!! I have never walked that fast in my life (Sorry Yanaa, I have to see Jaejoong!). Actually I didn't run since I didn't want to fall! LOL...Arrived at JHolic which entrance was blocked by his company van. WAE???
There were about 10 people/fans just outside (including us). We could clearly see Jaejoong inside the cafe. He was engaging, laughing, talking, smiling...Totally looking gorgeous!
Wanted to take pics but the security guard was having none of that. 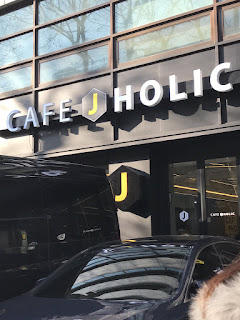 I started tweeting my happiness...LOL
Manager AhnJang (looking good in a tan/brown turtle neck sweater) came outside and talked to the bodyguard. I gave them my present for Jae which the bodyguard took with a smile...At least he smiled big! Maybe because I said we came from California, USA just to see Uri Jaejoong concerts. Or maybe because he didn't understand what I was saying...I kept repeating "For Jaejoong...For Jaejoong..." And he was just smiling and nodding. At least he placed the gift inside the van.

My sister told me that while I was racing to get to JHolic, she saw JJ holding a guitar...Not the white one that we've seen before...Just a regular guitar.
Apparently, JHolic was closed for the 'secret JJ event' from 2-5 PM and we got there at 3 so JJ must have been there for an hour or so already. He actually left at 4 PM something so we were there just observing and fangirling for an hour!
Sometimes, Jaejoong would disappear to change clothes/jackets...One time, he wore a bright red jacket which I was kinda 'What the heck cordi?' But he was glowing in that red jacket hahaha.
Jaejoong went behind the counter a few times.
I assumed he was doing some kind of pictorial but I didn't see a camera person. Maybe because I was just focusing on Jae.
Jaejoong was wearing black and came to the front of the cafe and placed the huge Moldir bear on the chair by the front window. Fans squeeled a little haha. There were Korean, Chinese, and Japanese fans there. In the end, there were about 20?
Some other girls came by and asked what's going on and we said Kim Jaejoong is inside the cafe. These girls ended up waiting too...
Oh and our friend Yanaa finally arrives and proceeded to go to the cafe entrance and we were like "Nooooo...."
We waited and seems to be a gathering in the middle of the cafe...I see Moldir products also.

Then this car comes in to block the right side of the van (so fans can't go around there) so we know, Jae was coming out...
I positioned myself where Jaejoong would enter the van. I was taller than any of the other fans there  so I can see above people's heads.
Ahnjang has his jacket on...Jaejoong bowed and smiled to staff (saying goodbye). Cafe door opens then closes gain. I guess not done with their 'Byes' yet...Fans waited and can feel then excitement.
Then he is out! 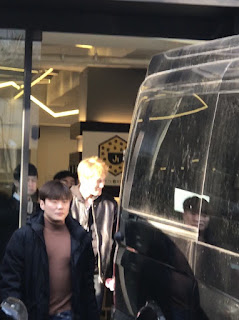 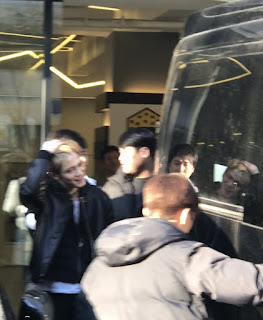 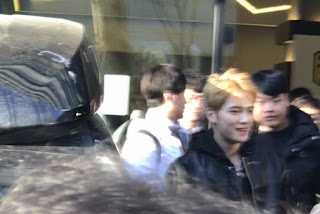 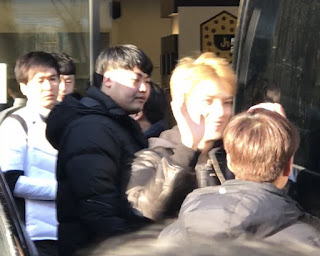 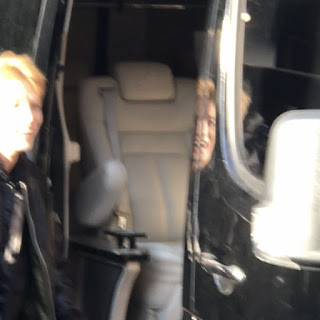 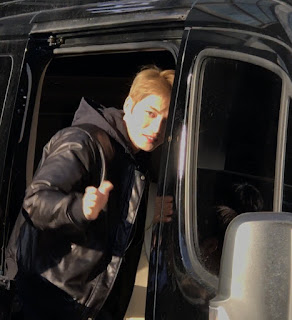 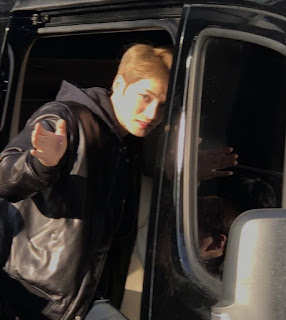 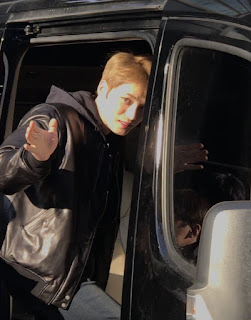 OMG OMG OMJAE!!!
Kim Jaejoong came out in a good mood, being playful, looking happy, looking amazing!!!
He nodded and responded to fans and even did a bow...I couldn't make a peep and I'm usually loud!

Then van was leaving and turning right on the sidewalk and almost hit me and the tree next to me, what the hey! LOL. I can imagine Jaejoong inside probably laughing.
We waved at this dark tinted van as it drove off...Cannot see inside of course.
Breathe out...

Proceeded to go inside JHolic...
Really, we all just wanted coffee and we got Jaejoong as a huge bonus! 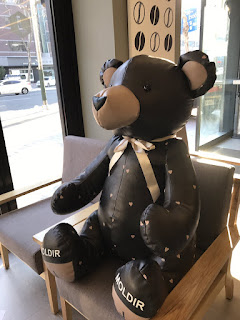 Met Moldir boss (everyday boss and co-owner of Moldir w/ Jaejoong) inside JHolic and I proceeded to talk to him. He was friendly, engaging and nice. I was asking him questions and tweeting his answers as he gave them...hahaha...Like I was a reporter, reporting to all of JaeFans.
He (Jed) said that the Moldir bear is a gift from Moldir to Jaejoong and that 'they' are gonna fix it a little...Add this 'heart with Moldir logo' (he showed me the 'heart") and keychains will be made and sold at Moldir at a later date.
He showed me a couple of sweatshirts which are special edition for Jaejoong's birthday.
He said that Jaejoong designs the products and others tweak and fix things and Jaejoong then OKs everything. Staff meets with Jaejoong on a regular basis.
He even apologized to me for the sort of high shipping costs and said that they are trying to keep costs down and always trying to make it easier for fans...I said we had to buy another luggage just to bring the items (we are buying in a few days) back home to California. So probably same as shipping,
Jed said that JJ was at JHolic for a photo shoot and then had a short meeting with Moldir staff hence cafe was closed down for a bit...And unexpectedly gave some fans a gift of Jaejoong live in person... 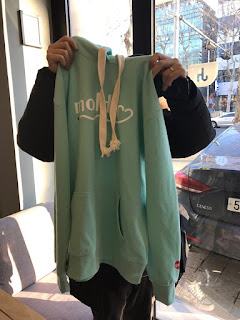 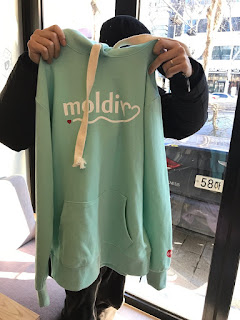 Some people may be a little blasé upon meeting or seeing a celebrity (outside a concert venue or anything 'official' appearances) but Jaejoong is a huge deal to me. I consider myself a huge fan and came all the way from California to see his concerts...To see HIM in a somewhat casual environment was utterly crazy and and amazingly wonderful.
This lucky fan was very happy indeed...

Oh I was spazzing and tweeting all the while that time that my sister and friend were already done with their drinks and cakes and I haven't even bought anything!
Kyahhhh!!! 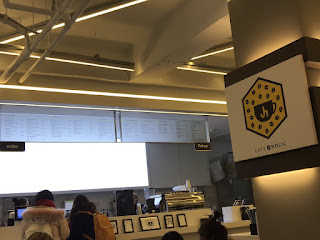 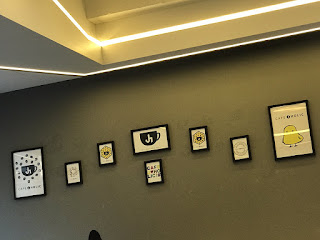 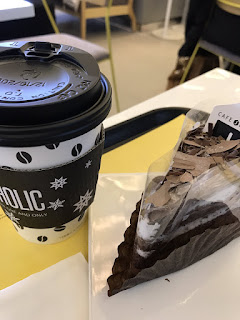